Normal Service Resumed Ahead of Dortmund vs Bayern – Bundesliga Zeitung 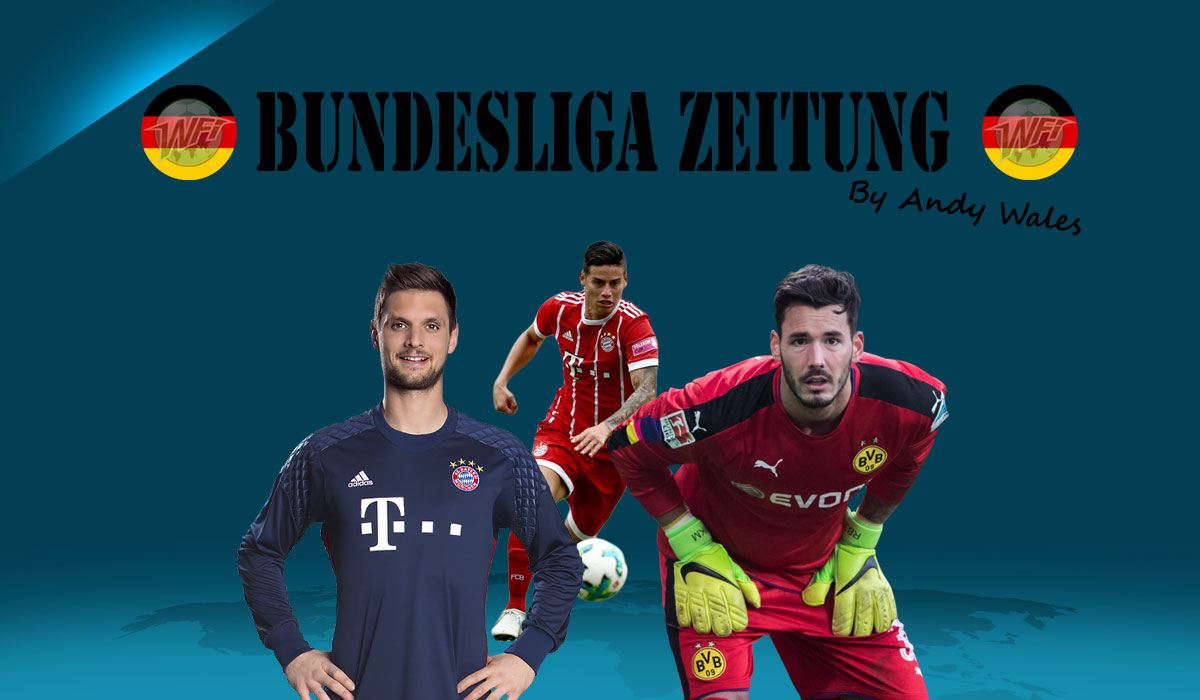 It was over four years ago that Jupp Heynckes retired, but since his recent return to Bayern, it seems like he’s never been away, writes Andy Wales.

Carlo Ancelotti was dismissed after a humbling defeat in the Champions League to PSG, with Bayern struggling for form and five points off the pace at the top of the Bundesliga. Move the clock on a few weeks and they’re once more looking imperious and now find themselves clear of Dortmund at the top.

In midweek, Bayern needed a penalty shootout to overcome the challenge of RB Leipzig in the DFB Pokal and will now face another blockbuster tie, in the shape of Borussia Dortmund, in the next round. Whilst midweek was a tight affair, things were much more clearcut back in the Bundesliga between Bayern and Leipzig on Saturday evening. It has to be said that this was thanks largely to the early dismissal of Leipzig’s Willi Orban. Curiously, this was the third match in succession where Bayern benefitted from their opponents having a player sent off.

Many onlookers felt it was a straightforward decision to send the defender off, but it was a controversial call, even with the benefit of VAR. Arjen Robben certainly made the most of any contact as the two players came together just outside the box. Even if the foul is given, whether or not Robben was denied an obvious goal-scoring opportunity is still up for debate. Robben’s heavy touch had the ball heading towards another Leipzig player and a yellow card could easily have sufficed. However, the referee, rightly or wrongly, had the fortitude to make the call, and with it, he effectively ended the game as a contest.

By half time, courtesy of James Rodriguez and Robert Lewandowski, Bayern were two goals to the good and cruising. They wrapped up the match and reclaimed top spot. Leipzig’s chance to once again upset the order after their recent victory at Dortmund was short lived, but they remain within touching distance.

Man of the match:

Dortmund, meanwhile, will look ominously at Bayern’s return to form and reinstatement of harmony because it has coincided with their own form taking a sharp downward turn. Their poor season in the Champions League – they currently sit on the verge of elimination – has now transferred to the Bundesliga. Saturday was full of disappointment with a surprising 4-2 defeat to promoted Hannover 96, who currently find themselves in the giddy territory of one of the European qualification spots; a throwback to the turn of the decade, when Hannover were actually playing European football.

On the European football front, Dortmund’s difficulties this campaign have been matched by most of the Bundesliga teams, with Leipzig’s status in the Champions League hanging in the balance and Hoffenheim, Köln and Hertha Berlin all struggling in the Europa League, which is a subject that will be looked at closer in next week’s column.

Whatever the outcome of the upcoming midweek matches in Europe, attention in the Bundesliga this weekend will firmly be focused on the league’s two biggest clubs: Bayern Munich and Borussia Dortmund. These two giants once again lock horns in the Saturday evening match at the Westfalenstadion, in what promises to be a titanic affair, which could arguably decide the direction of the title. Although that sounds a premature statement to make in November, the way things currently lie means a Bayern win would not only take them six points clear of their opponents, whose current form would have to quickly perform a 180 in order to realistically close the gap.

The return of Heynckes to the Allianz, albeit a temporary one, has quickly calmed the squad and the club as a whole. The noises coming out of Bayern are once again of unity and strength. Naturally, they will experience a blip at some point, but it would take a very brave person to bet against them retaining their Bundesliga title for a sixth successive season. After such a good start to the season, this represents a huge test for the credentials of Dortmund boss Peter Bosz and his team. In the likes of Weigl, Dahoud, Pulisic and Aubameyang, there’s an unquestionable amount of talent, but the question of whether or not they can take their talent to the next stage and deliver a league title remains very much unanswered.

Although the key to this particular match could be the midfield fight for supremacy, I think the result could well rest of which goalkeeper has the better day. Sven Ulreich is clearly no Manuel Neuer, but has done okay in the big man’s absence. Roman Bürki in the Dortmund goal has had an in-out season, in truth, much like his entire Dortmund career. He can be outstanding one week, but make a simple and costly error the next. Perhaps with Robert Lewandowski a doubt after coming off against Leipzig holding his hamstring, Bürki will be faced with more shots from distance than balls played into the box.

A win for Dortmund would double up as a shot in the arm for their season and a boost for the Bundesliga as a whole. Bayern walking away with yet another league title is hardly great for marketing, even though there is so much more to it than that. The fact is, to a lot of casual observers, a league dominated by one club is unlikely to spike interest and can be a turn off, regardless of match entertainment. Others, who may be more attuned to the Bundesliga, will still be fans because of the entertainment value of matches, some of the players on show, the famous atmosphere within grounds, and the development it affords players and coaches. However, be you a fan already invested in the Bundesliga or just a casual observer, a more competitive title race can only be a good thing.

All things considered, there’s so much more than 3 points riding on this showdown between Dortmund and Bayern on Saturday. With so much at stake, there will be a lot of pressure and expectation on Dortmund to give the famous ‘Yellow wall’ and a world-wide audience of millions a night to remember.