Marouane Fellaini and his Unlikely Season of Redemption. 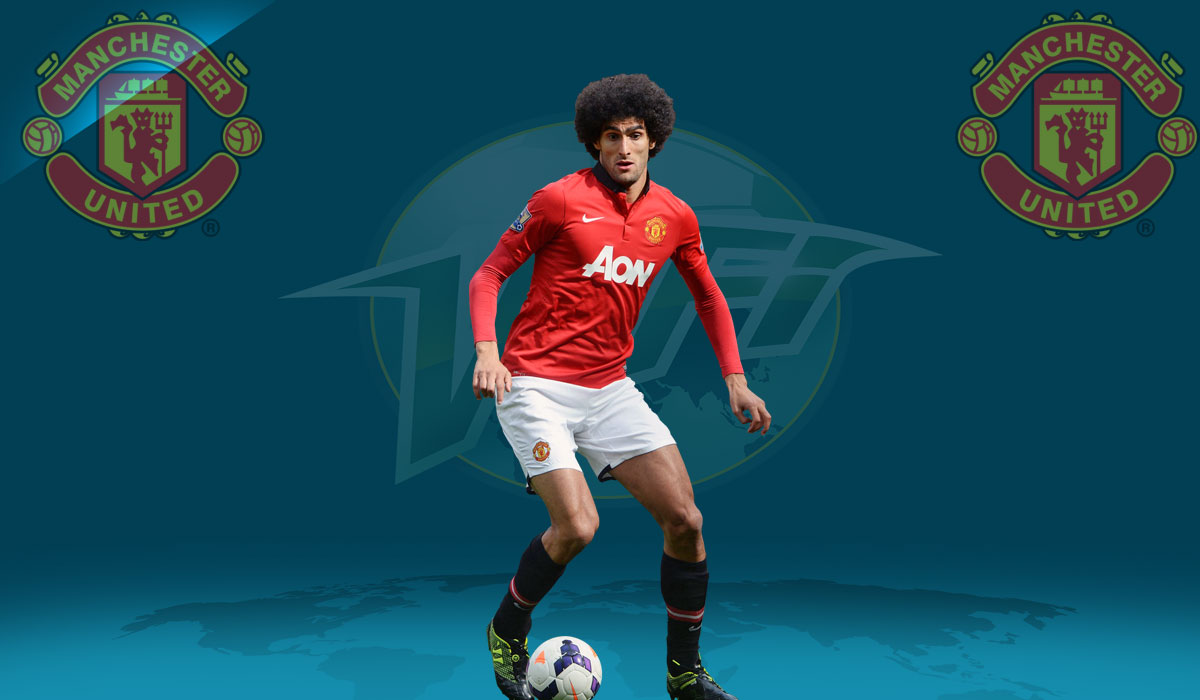 Despite it looking likely that he would leave in the summer given some lacklustre performances, Marouane Fellaini is fast becoming more and more crucial to this Manchester United side, writes Stephen Fox.

Once the final whistle blew at the end of May on a summer’s night in Stockholm, Manchester United had secured qualification for the next season’s Champions League by winning the Europa League, a first for the club, and the second major trophy won for the season they’d just completed.

There were plenty of celebrations, and there was cause for much optimism heading into the new season, now that United had gotten back into the biggest competition in the world for club football.

Fans rejoiced as it seemed that United were finally back to winning ways, but it was a night that might have meant more to one player than most —  Marouane Fellaini had arguably been United’s best player on the night, despite not finding himself on the scoresheet. It was an important night for him, a player under ever-increasing scrutiny from the fanbase about his abilities. Finally, Fellaini had shown that he was capable of performing when the lights shone the brightest.

It couldn’t have been a more opposite feeling for Fellaini compared to what he endured just a few short weeks before, where a second yellow card was showed, only a minute after receiving his first, and he found himself sent off in the Manchester derby. Fellaini had lost control of his emotions, allowing himself to be baited into headbutting Sergio Aguero, ultimately letting his team down.

The result sparked a massive reaction, with many in the fanbase wanting Fellaini to be sold. It had been an recurring pattern for Fellaini: a solid performance ruined by a moment of sheer stupidity and clumsiness.

It’s been a long and tough road for the Belgian, who was signed to United from Everton for just shy of £30 million as David Moyes’s first signing. He was put between a rock and a hard place to begin with — United had been linked with the likes of Gareth Bale, Cristano Ronaldo, Thiago, Ander Herrera, and Cesc Fabregas, and ended up only with Fellaini in a messy transfer window where, had they had bought him just a month prior, they would have gotten him for cheaper.

It was quite the puzzling transfer. Fellaini had a good spell at Everton under Moyes, but he seemed lacking in particular areas, and as United’s only signing of the summer – where it was obvious to everybody except David Moyes that the entire team needed a major makeover, especially in the midfield area which had been running with an ageing Michael Carrick and a retiring Paul Scholes – that Fellaini was not the kind of signing United needed at that particular time.

Part of a horrendous start to life at United, Fellaini was deployed out of position by Moyes as a defensive midfielder, where his lack of mobility and positional awareness made him the wrong player for that role, and his performances suffered as a result, hardly ingratiating an already sceptical faithful.

He had always excelled at Everton by playing further up the pitch and being allowed to bully defenders with his size and strength, so it was puzzling that Moyes would deploy him in a position that he clearly wasn’t cut out for. It was the worst start imaginable for him, not helped by United’s general suffering under Moyes which did not allow any for any bedding-in time. Fellaini, rightly or wrongly, became a symbol of everything that was wrong with a post-Ferguson United.

A bright run of form did follow the Belgian in Louis Van Gaal’s first season in charge, where he was moved back up the pitch, but this didn’t last for long. Too static in his movements, he was eventually figured out by the opposition, and again his form diminished to the point that he once again lost his starting place in the team.

The criticisms of Fellaini didn’t stop either, even after he lost his place in the starting eleven, as United resorted to desperate long balls to him that often came to nothing. It seemed inevitable he would leave, with rumours linking him with a move to Turkey in the summer. A highly polarising figure, it didn’t seem like he’d be missed too much; he was deemed a player who was good enough to play in the Premier League, but not for a club with Manchester United’s aspirations.

And yet José Mourinho kept faith in him and made it clear that Fellaini was going to be an important member of the squad; in short, he was going nowhere. Mourinho’s fascination at the time was puzzling — Fellaini did have a brilliant performance in the Europa League final, but was that just a one-off? It was surely inconceivable that he could be considered an important player in United’s upcoming season, especially if they intended on challenging for the league title.

But still, the former Standard Liege player has proven himself to be an important fixture for both the Red Devils he plays for. Operating in a different role than last season, scoring four goals in eight games in the process, the perception around Fellaini has changed. An effective player to bring off the bench, he has also become vitally important to United’s midfield after Paul Pogba was ruled out for an indeterminate length of time with injury.

Out with injury himself as of late, it’s clear to see he’s been missed, as shown in his team’s dismal performance away at Huddersfield. Many now recognise the importance of the Belgian to the team, and his own determination to be as effective as possible has been the making of him at this level.

Doubts remain, though, and it will be telling to see what happens with Fellaini when he returns from his injury — will he continue his marvellous run of form, or will he revert back to type, becoming the player who was booed by his own fans not less than a year ago against Tottenham Hotspur?

Of course, a good portion of this will be based on how Mourinho uses Fellaini. It’s clear by now that he isn’t a purely defensive kind of player – he didn’t play well last season when he was brought on to see games out – but he’s certainly useful as an offensive option. His size, strength and even his clumsiness (in its own endearing way) all help to make Fellaini be a nuisance for defenders to deal with.

As Mourinho said after United’s win against Basel: “He had to be a strong character. He is a fighter, a guy with lots of pride and I am really pleased I helped him reach this level and change the perception the fans have now. I’m really happy for him’’.

And he’s right — this is the season that Fellaini can have his unlikely redemption; his final chance to wash away the stink of the David Moyes era and free himself from guilt by association.