More Misery for Mourinho as A Tale of Two Frenchmen Unfolds 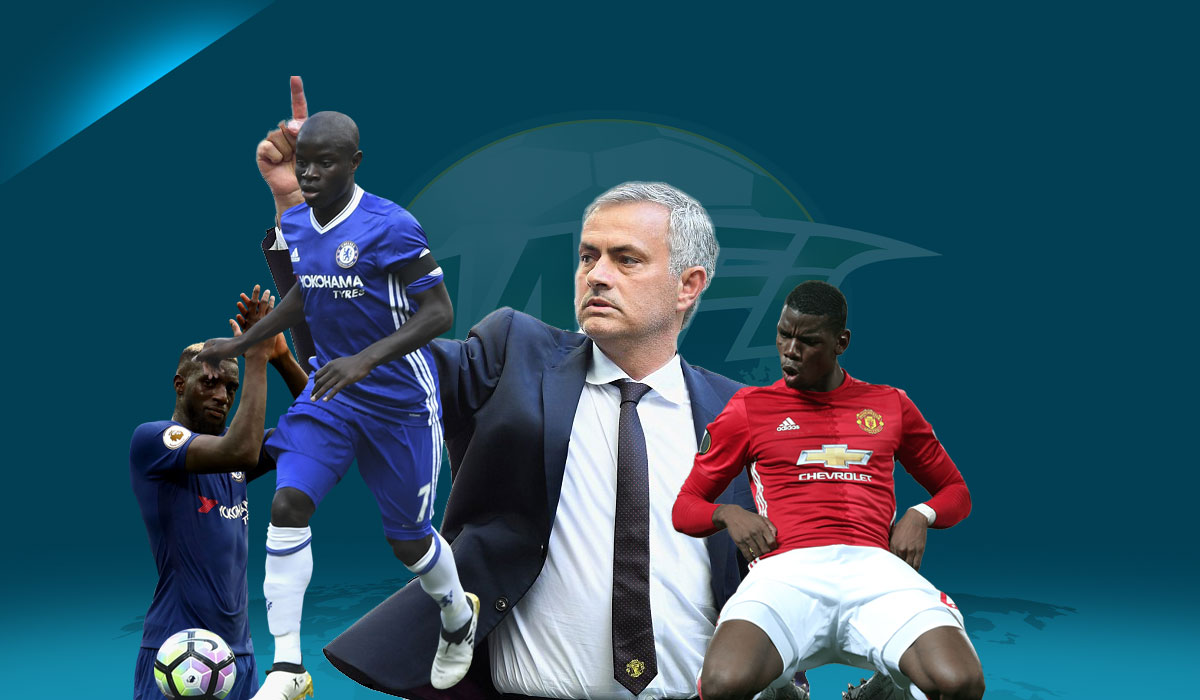 Jose Mourinho succumbed to a 1-0 defeat against his former team in Sunday’s clash at Stamford Bridge, despite pre-match build-up suggesting that his United side may have had the upper hand. For all of Mourinho’s pre-match antics, as well as speculation regarding his team as genuine title-contenders, the weaknesses inherent in this United side were exposed by Chelsea over the course of the ninety minutes, writes Maryam Naz.

He was without Paul Pogba, the man who cost, promised, and had begun to deliver so much, but now finds himself out of the picture due to injury, at a club which itself appears to be facing a spell on the sidelines.

The midfield Mourinho is left with appears outdated, and was unable to stop the likes of Hazard and Fabregas from running rampant. In the end, a 1-0 defeat doesn’t truly reflect the chaos that Conte’s men inflicted upon his team. The Portuguese now has an entire international break to mull over where things went wrong, in what he called ‘just another game’.

Despite Mourinho’s men starting with a bang, they then quivered and fell into a heap half an hour in, at the hands of a pervasive Chelsea midfield. The first twenty minutes had Tiemoue Bakayoko written all over it; the likes of Matic and Herrera, perhaps included to prevent such an attack from occurring, were unable to restrain him. He was gifted two chances from misplaced passes from the United defence, yet he was unable to convert.

The reintegration of N’Golo Kante created more problems for Mourinho’s side — his workrate and ethos had been sorely missed in Chelsea’s midfield. His nullification of Lukaku and any service up to him ensured that the Belgian became the nonexistent focal point of United’s attack. 45 minutes in and Kante was already back to controlling matters in the centre of the pitch. As the half progressed, United’s defence stagnated and Chelsea grew stronger. Somehow, miraculously, referee Mike Dean blew for halftime with Conte’s men perplexed at how it was still 0-0.

They say half-time team talks can make the pendulum shift from one side to the other and alter the course of a game. In Mourinho’s case, it wasn’t enough.  Despite acknowledging that they had discussed Cesar Azpilicueta’s attacking prowess during half-time, they were unable to stop him from delivering an absolute peach of a delivery that Morata capitalised on just fifteen minutes after the break. The smile had been wiped off the Portuguese manager’s face, and despite bringing on attacking substitutions suggesting a genuine desire to actually ‘play the game’, Conte’s men quelled any hope for a comeback.

Game over. Chelsea get the deserved win. United not at the races. pic.twitter.com/HoXwWrGXJI

With the final whistle blown, what was just another game for one man meant the world to another. Conte ran onto the pitch to celebrate with his players in true Italian fashion. Meanwhile, Mourinho skulked away without so much of a handshake, stating that his pre-match handshakes with every member of the Chelsea team (minus Eden Hazard) would suffice instead.

Three points here for Chelsea mean that United are eight points behind of their blue neighbours — a prospect that unsurprisingly doesn’t seem to faze Mourinho. His emphasis on how ‘eighteen teams’ are in a more difficult position than him may have been able to diffuse the blame and shift the spotlight from him in the past, but this time it does not pave over the cracks beginning to show amidst the Manchester faithful.

His team were outplayed in every department – his midfield looked lacklustre, his defence questionable, and his striker was more Lukak-who? than Lukaku. Behind all of this awaits a fanbase at Old Trafford that is not pleased; twice now Mourinho has made scorned jibes at his own fans, trying to silence their protests at his questionable tactics rather than confronting the issues prominent in his side.

Whilst this may just be another loss that United will bounce back from, the story runs much deeper than a 1-0 defeat.