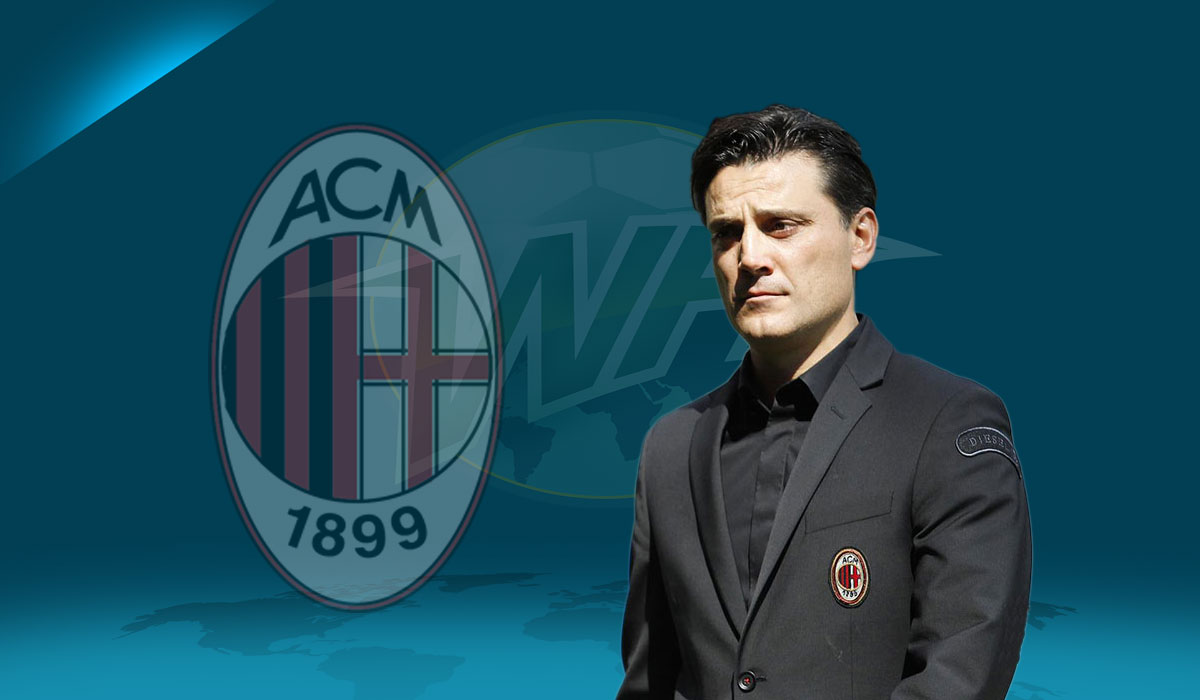 It was only a matter of time.

Vincenzo Montella’s days as AC Milan manager were certainly numbered, and many of the Rossoneri faithful would suggest he was already on borrowed time, but I’m going to inconvenience them by saying this: now was exactly the right time to make this move, writes Frank Crivello.

Every other opportunity to do this was fraught with obstacles, such as the recent international breaks, when a coach can typically come in and get settled before getting all his players back from their respective national team duties. To me, that always seems to be the ideal time to make a change.

The problem with doing this during the October and November FIFA breaks, however, was that the first match back in each case was a big one. In October, Milan resumed play in the Derby della Madonnina, and in November, it was off to the San Paolo to play Napoli. Hindsight might be 20/20, but I don’t think the results of each game would have been any different with another manager in charge.

I’ll get back to this timing thing in a moment, but first, let me lay out where it went wrong for Montella.

Clearly, the defending is getting better. Gianluigi Donnarumma is finding his form again, and he was particularly impressive in the defeat at Napoli. Leonardo Bonucci has shown improvement and, surprisingly, Christian Zapata has impressed with his opportunities.

Unfortunately, what was going on at the other end of the pitch helped quicken Montella’s demise, specifically at home, where Milan have been shut out in five of their last six matches (a 5-1 win over hapless Austria Wien sticking out like a sore thumb).

Another Serie A match with no Milan goals. pic.twitter.com/vz46GFv9HC

A blind and unreasonably awkward faith in Nikola Kalinic played a big part in this. The Croatian has demonstrated the movement of a sloth for the Rossoneri. Milanisti begging for Andre Silva to lead the line for Milan were often disappointed, and Montella’s excuse was always the same: ‘Silva needs time to acclimate to Serie A’.

Unless there is another way to acclimate to Serie A, giving him games would probably have been the best way to do it. The quality of Europa League opponents might be a step down, but at least Silva has been scoring in those games. The young Portuguese striker needs more of a runout.

I hear the clamoring for Patrick Cutrone, too, but he’s great against the weak and the sad and has hidden in games against teams with a pulse (see: Lazio loss). The positioning of his most creative player, Suso, was also an issue when Montella went to systems employing a back three.

In short, Montella favored the back three at the expense of his most creative player’s talents, and that also had an impact on Milan’s attack, which helped lead to the negative run of results.

Also, it’s not like Montella hasn’t had the requisite sample size in which to prove himself. In eight matches against teams currently in the top half in Serie A this season, the record is a damning account. One win, one draw, and six defeats. In those eight games, Milan only scored eight goals (a four-goal win at Chievo flatters this number even more), and even worse, seventeen goals were conceded.

As for his record against the top six? Zero wins, six defeats, with four goals for and sixteen goals against. This is clearly not the stuff of a team that has to finish in the top four to justify all the spending from the new owners.

Speaking of the new owners, as well as Marco Fassone and Max Mirabelli — they have some culpability in this as well. Kalinic has been an easily anticipated disaster up front. Also, Lucas Biglia just hasn’t worked, and over €20 million was spent on the 31-year-old (I was not in favor of this move when it happened, but many Milanisti liked it as it finally ushered Riccardo Montolivo off the pitch).

For a few million more, Milan might have been able to get Lucas Torreira from Sampdoria, who is the engine behind that team’s early success, but there’s no chance of getting Torreira for that kind of price now. Kalinic and Biglia are turning out to be investments that Milan could have done without.

So, in steps Gennaro Gattuso, a Milan legend. While Gattuso’s coaching resume has not followed suit to his playing career, he also has made stops at places where the resources aren’t nearly what he has at his disposal now.

Sion (Switzerland), Palermo, Crete (Greece) and Pisa all had their issues for various reasons (Sion and Palermo in particular have owners who like to sack managers) when he took on the managerial duties at each stop. Gattuso is being promoted from the Milan Primavera side, which he guided to 3rd out of 16 teams in the Primavera top flight through ten games this season.

Fassone on Montella: “Something did not work, mistakes were made by all parties.” pic.twitter.com/tFTYt6124z

Back to why the timing is right:

All you have to do is look at the fixture list for Milan over the next five games. At Benevento, at Rijeka in the Europa League, home against Bologna, a Coppa Italia opponent (TBD), and at Verona. All of these are winnable games, no matter how the sausage gets made. This is a slate that will give Gattuso an opportunity to implement his ideas.

The challenge for him, though, is that Gattuso must be consistent in his tactics, system, and even his selections. Rotation and formation changes simply cannot be afforded in this period.

This slate is seemingly a preseason within a season, which is how Gattuso should approach it. Even the Rijeka game – otherwise a throwaway as Milan have already clinched a place in the Europa League knockouts – should feature players that are regularly in Gattuso’s plans.

A tone needs to be set in these five games, as Atalanta and Fiorentina follow them. If Gattuso can do this, then Milan will be in position to make a move in the second half of the season.

The timing of firing Montella was now, and it was correct. There are a lot of games left in the season; Gattuso has the opportunity to lay the foundation for Milan’s success.