Bundesliga Zeitung – Time for a Break 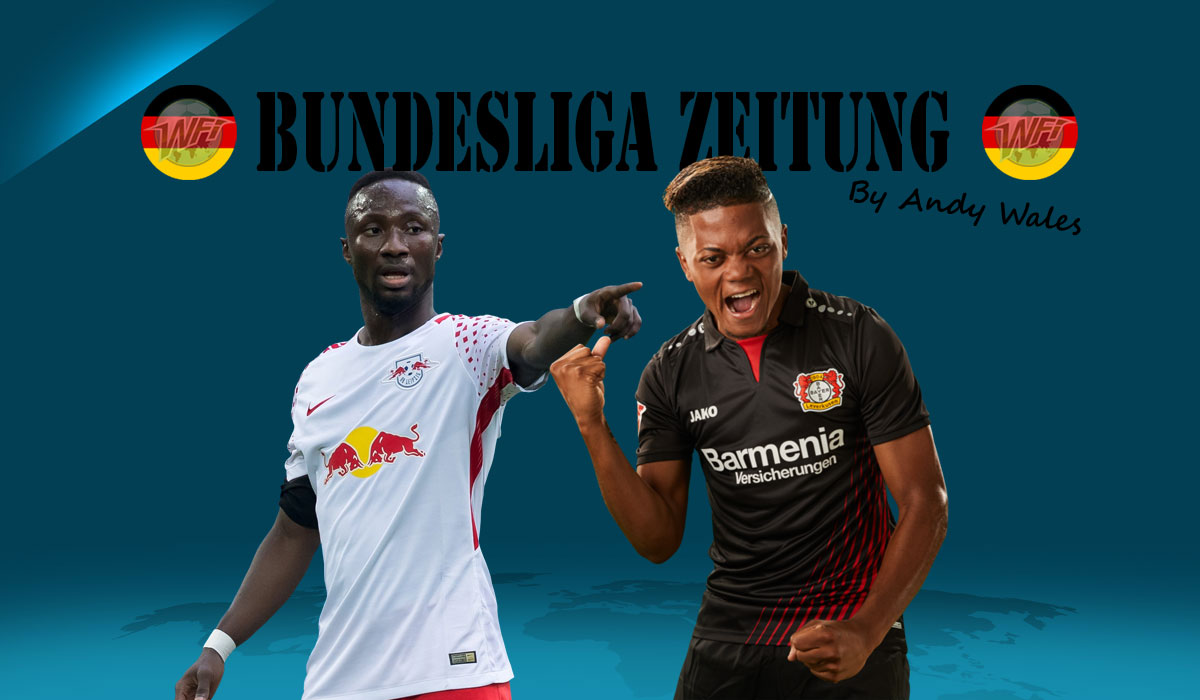 So, it’s now the mid-point in the Bundesliga season, which means it’s time for the winter break. Unsurprisingly, Bayern not only lead the pack, but are close to lapping the rest of the league, writes Andy Wales.

It seems aeons ago that they were firmly off the pace and Carlo Ancelotti got his marching orders which, at the time, seemed a harsh and premature move to many onlookers.

However, since appointing club legend Jupp Heynckes for the remainder of the season, the Bavarian giants have not only turned around their form and fortunes, but they seem to have rediscovered their mojo ,and you wouldn’t put it past them to repeat Heynckes’ incredible treble trophy haul in his last season there as boss.

As Bayern’s fortunes changed when Heynckes stepped back into the breach, so did those of Peter Bosz and Borussia Dortmund. The positive start and multiple clean sheets were replaced with a terrible run of defeats, an avalanche of goals conceded, and a complete erosion of confidence and cohesion. The once impressive Dortmund team that was a joy to watch were stuttering and misfiring, in need of urgent maintenance.

After a humiliating Champions League campaign that became mirrored by a domestic run that saw them slip further and further away from a title challenge and into mid-table, the decision was made to switch from Peter Bosz to Peter Stöger. Perhaps Bosz was the right man at the wrong time for Dortmund, but it clearly wasn’t working out, and action was required. That action had an immediate impact, with Dortmund winning their first two games under Stöger — the first time they’d won back-to-back Bundesliga games since September.

Victories over Mainz and Hoffenheim, coupled with mixed results for their rivals, resulted in Dortmund jumping back up to third place as the Bundesliga goes into the winter break. Tactically, Julian Weigl spoke of Stöger adjusting how high up the pitch they press and hold their defensive line. Curiously, he also spoke of being freer to play his natural game. That freedom was somewhat lacking in Dortmund’s approach for the most part of their DFB Pokal showdown with Bayern in mid-week that was a stark reminder that a couple of positive results have merely papered over the cracks.

As Dortmund have climbed back up the table, one of the teams they’ve overtaken is RB Leipzig. A run that has seen them win just one of their last six games has seen the Red Bull-backed club fall to fifth, albeit on goal difference. With the club also eliminated from the Champions League at the group stages, the coming weeks will inevitably see speculation of Naby Keita’s summer move to Liverpool being brought forward to January. As unlikely as that is to happen, it won’t stop the speculation, and that surely won’t do Leipzig any favours.

Another club to have benefited from Leipzig’s sticky patch is Bayer Leverkusen. Die Werkself have done better than expected this season and although they are unlikely to finish in the Champions League positions, a Europa League spot is not out of the question. Spearheading their recent run is young star Leon Bailey.

Signed in January from Genk, the promising young Jamaican has grown in prominence over recent months. He’s registered an impressive six goals and five assists this season, but it’s his blistering pace and dribbling ability that has really caught the eye. Bailey netted twice in a breath-taking 4-4 draw with Hannover.

That game also saw a goal from another huge talent at Leverkusen, Julian Brandt. He’s becoming an increasingly key figure at the club and has a growing list of admirers. He and Bailey are joined on that list be yet another up-and-coming star at Leverkusen, in the shape of midfielder Kai Havertz. Whilst things are going well on the pitch for Leverkusen, the biggest challenge for sporting director Rudi Völler could be holding on to the trio.

At the other end of the table, Köln remain rock bottom and are unlikely to move from that position, but they did pick up their first win of the campaign against Wolfsburg. This came days after only being beaten 1-0 by Bayern in an encouraging performance that will give newly appointed coach Stefan Ruthenbeck some hope when the season resumes in January. Ruthenbeck was previously in charge of the U19 squad at the club and represents further proof of how Bundesliga clubs are willing to give young coaches opportunities.

Köln are still nine points behind Hamburg and Bremen, but neither club will want to be looking over their shoulder in the second half of the campaign. Instead, they ought to be looking at Mainz and Stuttgart just above them, with the hope of escaping relegation. Freiburg are also perilously close to trouble, as are Wolfsburg, despite an improved recent run of form.

Of all the clubs in and around that area of the table, Hamburg are the ones most likely to seek a change of coach to turn around their fortunes. Battling relegation has become a habitual issue for Hamburg in recent years, which goes well beyond the revolving door of coaches.

Could this be the season where the fallen giants take the ultimate fall? Along with so many of the other clubs in the Bundesliga, the second half of the season will be a compelling story.

The Bundesliga Zeitung will return in the New Year. Thank you all for reading and I hope you’re enjoying it.