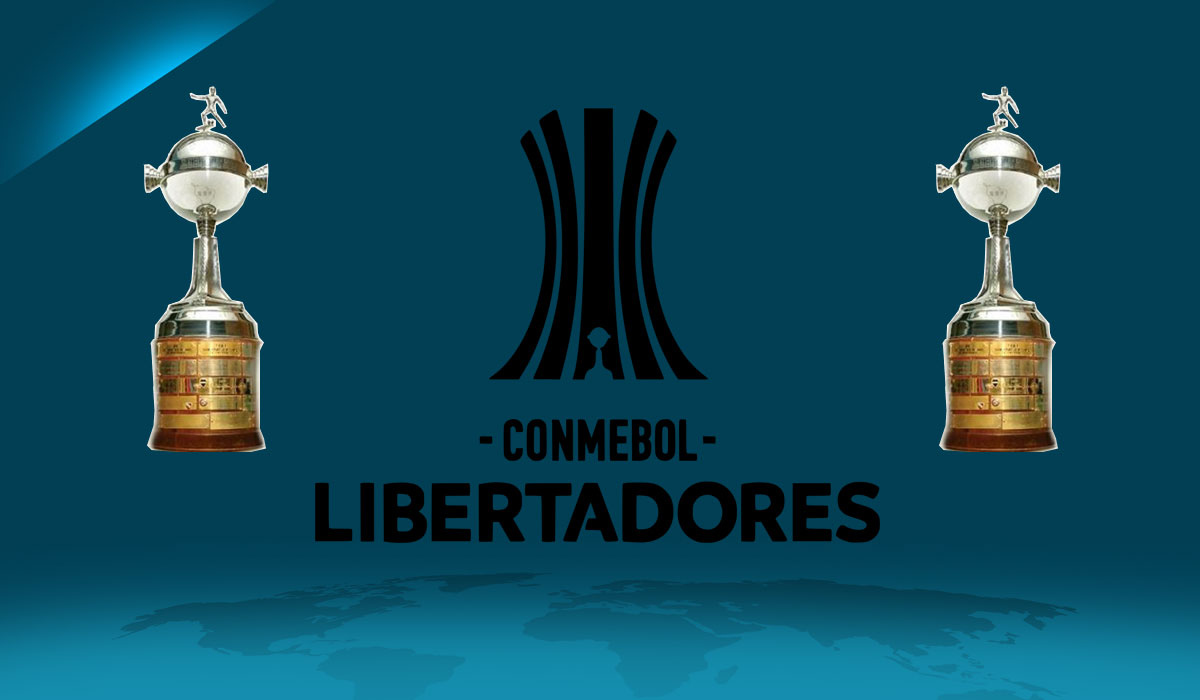 There’s nothing quite like the ceremony surrounding a tournament draw. There’s plenty of pomp and circumstance, and at some point, those magical pots appear, ready to fill in another set of groups, which in turn makes fans dream of the path that their club will take to lifting the cup, writes Austin Miller.

South American draw ceremonies are no different, and this past Wednesday, CONMEBOL held the draw ceremony for the 2018 Copa Libertadores.

CONMEBOL’s decision to combine the draw of the Libertadores and the less-heralded Copa Sudamericana meant that the ceremony itself lasted for nearly two hours, but at the end of it, we were left with not only some tasty ties, but also some wide-open groups. Let’s take a look at the biggest storylines from Wednesday night’s draw, the full results of which can be found here.

BRAZIL & ARGENTINA SET TO DO BATTLE FOR GROUP STAGE SUPREMACY:

The 2017 Libertadores was a bit of a return to form for the competition. Following a 2016 tournament that saw a final that failed to feature a Brazilian or Argentine side for the first time since 1991, six of the 2017 quarter-finalists were either Brazilian or Argentine, and the final featured Grêmio of Brazil besting their counterparts from Argentina, Lanús.

In 2018, five of the eight groups feature both a Brazilian and Argentine club, meaning that those two countries will once again go head-to-head. The draw has given us some rather tasty group stage clashes, headlined by Flamengo-River Plate in Group 4, and Palmeiras-Boca Juniors in Group 8. But don’t sleep on the undercard battles as well, with defending Brazilian champions Corinthians drawn against the 2017 Copa Sudamericana champions Independiente, and an exciting Racing bunch set to face  2017 Copa do Brasil winners Cruzeiro in Group 5. Santos and Estudiantes in Group 6 may be the least attractive of the bunch, but in the Libertadores, that can sometimes produce the best matches.

While the Libertadores is never a competition played on paper, these Brazil-Argentina clashes could result in some tasty Round of 16 ties depending on who finishes first and second in each group.

ALL HOPE NOT LOST FOR THOSE OUTSIDE THE BIG TWO:

The reformatting of the competition ahead of the 2017 Libertadores led to a whopping 13 of the 47 spots (nearly 28%!) reserved for either Brazilian or Argentine sides. In 2018, after a Brazilian club lifted the Libertadores, and an Argentine the Sudamericana, that number rises to 15 sides from the top two countries on the continent. While that number will no doubt cause consternation for the other eight South American countries, the draw was kind enough to set up some intriguing prospects for powerful squads from the “other eight”.

Group 2 does not contain a single side from the big two, and is instead headlined by 2016 champions Atlético Nacional. The Colombian club, now under new manager Jorge Almirón, will look to find their form after a rather disappointing 2017 campaign. Group 2 also features Chilean outfit Colo-Colo, who are looking to overturn a recent history of disappointments for Chileans in continental competitions. Bolívar will fancy their chances of escaping the group thanks to the elevation of La Paz, while Delfín, the 2017 Ecuadorian runners-up, will more than have a go as well.

Elsewhere, Group 3 appears to be wide open, with the only representative from the Big Two being the provincial Atlético Tucumán of Argentina. Uruguayan giants Peñarol should be slight favorites to top the group, but they struggled immensely in the 2017 competition. Bolivian club The Strongest were one of the best sides during the early portion of the 2017 tournament, but they struggled once the knockout stages hit, and Libertad of Paraguay rounds out the group.

Though Brazil-Argentina domination might be expected in the other groups, there are certainly more than a fair share of “other eight” sides that could make some noise of their own. Millonarios of Colombia will ensure that Group 7 will be no walk in the park for Corinthians or Independiente, and while Universidad de Chile will be cursing their bad luck of being drawn into a difficult Group 5 alongside Cruzeiro, Racing and a playoff winner, they have enough talent to cause a surprise or two and maybe slip out of the group.

Junior might be the most talented team in Colombia, and though they’ll have to come through the playoff stages, they could ensure that Group 8 is quite the headliner if they are able to join up with Palmeiras and Boca Juniors.

The only group that’s yet to be mentioned is Group 1, which contains the defending champion Grêmio, who will feel as though they’re still reaping the benefits of their title thanks to the remarkably easy group they’ve been given. The Tricolor Gaúcho will be joined in Group 1 by Defensor Sporting of Uruguay, Paraguay’s Cerro Porteño and Libertadores debutante Monagas, the 2017 Venezuelan champions.

As previously stated, the Libertadores isn’t a competition played on paper, but this is a group that Grêmio should walk, allowing them to ease into their title defense after an emotionally taxing 2017. Cerro Porteño and Defensor Sporting are by no means continental giants, but those two will feel rather lucky that they’ve been given a clear path towards advancement. Monagas will be severely outmatched, but if ever there was a group for a Venezuelan side to sneak out of, this is it.

If you know anything about the Copa Liberatdores, it’s that it’s a competition that is never straightforward. That said, the playoff draw seems to have set up rather nicely for some of the big sides that must brave at least a couple of nervy two-legged ties before slotting into the group stage.

Junior de Barranquilla will fancy themselves to take one of the playoff qualifying spots, though they must be wary of the defensive resolve that they could face from Guaraní in the final playoff round.

Another Colombian side, Santa Fe, will never impress with their football, but even they should be able to score enough goals to come out of their rather easy path to the group stage. Their toughest challenge may be Melgar, the Peruvian side that failed to pick up a point in the 2017 Group Stage. If Santa Fe do qualify for the group stages, they’ll slide into an already tantalizing Group 4, looking to throw a wrench into Flamengo and River Plate’s plans for continental glory.

Rio de Janeiro’s Vasco da Gama return to the Libertadores for the first time since 2012, and while they’re only in the playoffs, they should be able to make it through to the group stages. 2017 quarter-finalists Jorge Wilstermann could provide a test in the final playoff round, but Vasco are unquestionably the most talented side in their section.

The final playoff spot may be the one that carries the most amount of intrigue. One of Chapecoense, Nacional, Independiente del Valle, and Banfield will qualify for Group 6 alongside Santos and Estudiantes, and each of those four sides will fancy themselves to do it. My money would be on the plucky Uruguayan giants Nacional, but the 2016 finalists Independiente del Valle can certainly never be counted out, nor can Chapecoense, who were a clerical error away from reaching the knockout round in 2017.