Is Ezequiel Barco Up the Wrong Tree With MLS Move? 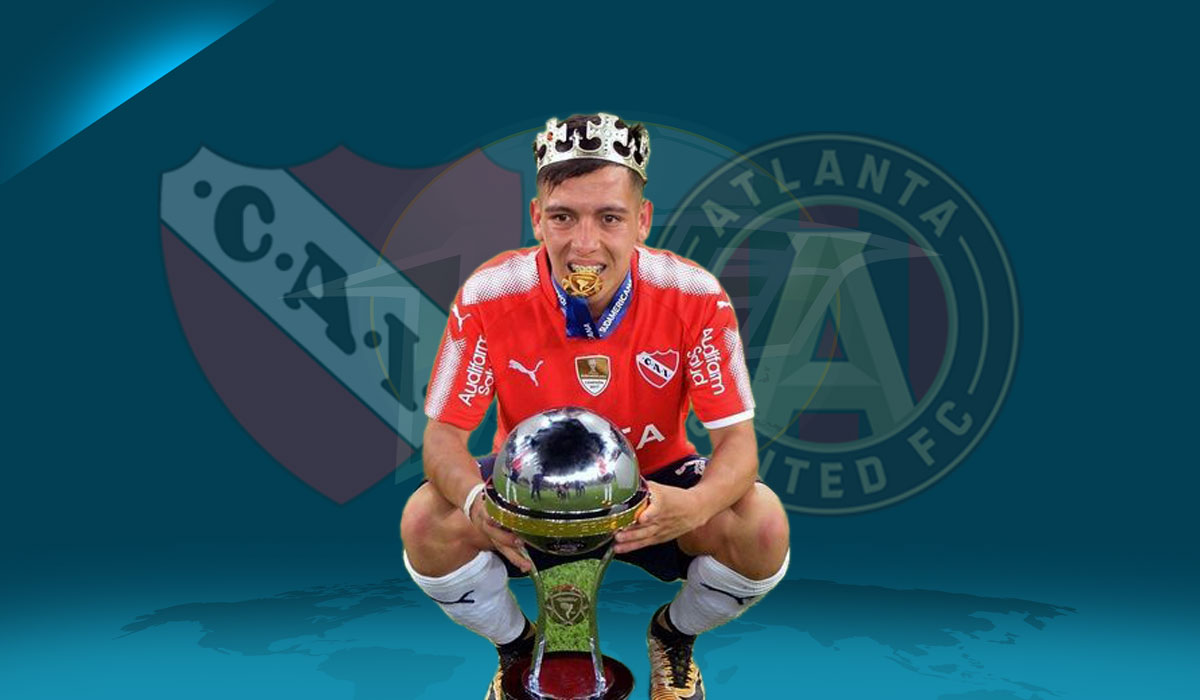 Atlanta United are at it again. The expansion team who took Major League Soccer by storm in their inaugural season aren’t messing about when it comes to their follow-up campaign. They’re determined not to be a first-year novelty team, much less a one-season wonder, writes James Nalton.

In 2017, they became only the fourth expansion team in MLS history the to make the post-season playoffs, and the first to do so since the 2009 Seattle Sounders — the others being Chicago Fire and Miami Fusion (remember them?) in 1998.

In more traditional football terms, they finished fourth in the 34-game regular league season, 14 points behind leaders Toronto FC, but only two behind second place New York City FC, as their Eastern Conference dominated the top of the overall table.

Going into their second season they’ve already made waves in MLS’s version of the transfer market, snapping up one of the most impressive American players in the league, Darlington Nagbe.

The trade with Portland Timbers for the Liberian-born US international could cost the club up to $1.65 million in allocation money. Without going into the details of the MLS trading system, this is a lot, and if it exceeds the $1.6 million Orlando City spent on Dom Dwyer, it would be a new record.

This type of transfer hasn’t been the norm for Atlanta. Last season, they had a policy of plucking the best young South American talent: players who were on the cusp of moving to Europe, but hadn’t quite done enough to make a side from a top league make an offer.

The likes of Hector Villalba, Leandro González Pirez, Miguel Almirón all arrived from Argentina, with Yamil Asad also coming in on loan. The club are managed by respected Argentine and former Barcelona coach Gerardo Martino, who no doubt helped his compatriots on the playing staff settle in and feel more at home.

But they could outdo themselves for the 2018 season should they complete the signing of highly regarded Argentine attacking midfielder Ezequiel Barco, who is rumoured to be on the verge of signing for the club.

The 18-year-old currently plays his club football for Independiente, and the side based in Avellaneda have just lifted the Copa Sudamericana – South America’s equivalent to the Europa League – after defeating Flamengo across two legs in the final. Barco played the full 90-minutes in both games and scored the all-important penalty in the second leg at the Maracana which ultimately gave his side the win.

It was the perfect way for the teenager to bow out before the inevitable move to Europe happened. That was until the side who don’t stick to the traditional MLS narrative decided to step in.

Based in the Southern state of Georgia, Atlanta truly are South American, and now they’re going against the odds and against the grain to get one of the the brightest sparks from south of the equator.

Convention dictates that Barco should be going to Europe, but instead he’ll make his first step out of his home country into North America rather than beginning to climb the footballer reputation ladder at one of the numerous clubs interested in him, which have included Barcelona, Benfica, and Zenit Saint Petersburg.

Independiente are currently holding out for more money, however, with president, Hugo Moyano, commenting:

“The offer came, but a deal isn’t done. There is no possibility of him going for $12 million.”

His coach Ariel Holan has tried to convince his player to remain at his current club for another year before considering the offers which will inevitably come again towards the end of 2018, but it seems increasingly likely that the player will move to Atlanta.

While it will be another great move for a club which has been a breath of fresh air since entering the North American leagues, and another example of the Martino effect, a move to MLS doesn’t feel like a step up for such a player.

He will no doubt continue to impress and make waves at his new home, as the likes of Villalba and Almirón have already, but it feels like MLS will get more from him than he will from MLS.

So naturally, on the flip side, it will be another good signing for a league which is benefitting hugely from the work of this particular 2017 expansion team, who have also added defender Franco Escobar, signed from Newell’s Old Boys, to their 2018 squad.

MLS has struggled to shake off its reputation as a retirement league for ageing stars who want one final payday, a holiday, or one final challenge. Andrea Pirlo and Kaká both recently retired on American shores at New York City FC and Orlando SC respectively, after glittering careers in Europe, and this type of player acquisition could be set to continue in years to come.

Atlanta United, however, could be the club which eventually takes the league in a new direction. There are signs that this is already beginning to happen as 2018 expansion side, Los Angleles FC, have signed Rodrigo Pacheco on loan from Argentine said Lanús, as well as Diego Rossi from Uruguayan club Peñarol for their inaugural season.

Even their capture of Mexican Carlos Vela is a shrewd designated player signing, as the city contains a large Spanish speaking and Hispanic population. Mexico could be to LAFC what Argentina has been to Atlanta, which would make a lot of sense despite the demise of the LA based and heavily Mexican tinged, Chivas USA in 2014.

These are interesting times for MLS and Atlanta as they rethink the way they recruit the league’s star players. Structural and organisational changes are still needed in US soccer’s domestic leagues, but Atlanta have at least paved he way for a new, more exciting recruitment strategy.

Perhaps the most interesting story of 2018 will be that of Barco, his adaptation to the league, and whether he can retain interest from Europe’s top sides during this period of his career.

Should he fail to conserve his reputation, then this could deter other players of his ilk from making the move north rather than east.

Given his quality, the move, should it happen, will at least benefit the franchise and the league, even if it might not be the wisest move the for the player himself at this point in his career.