The Real Reason Behind Chelsea’s Recent Slump Under Conte 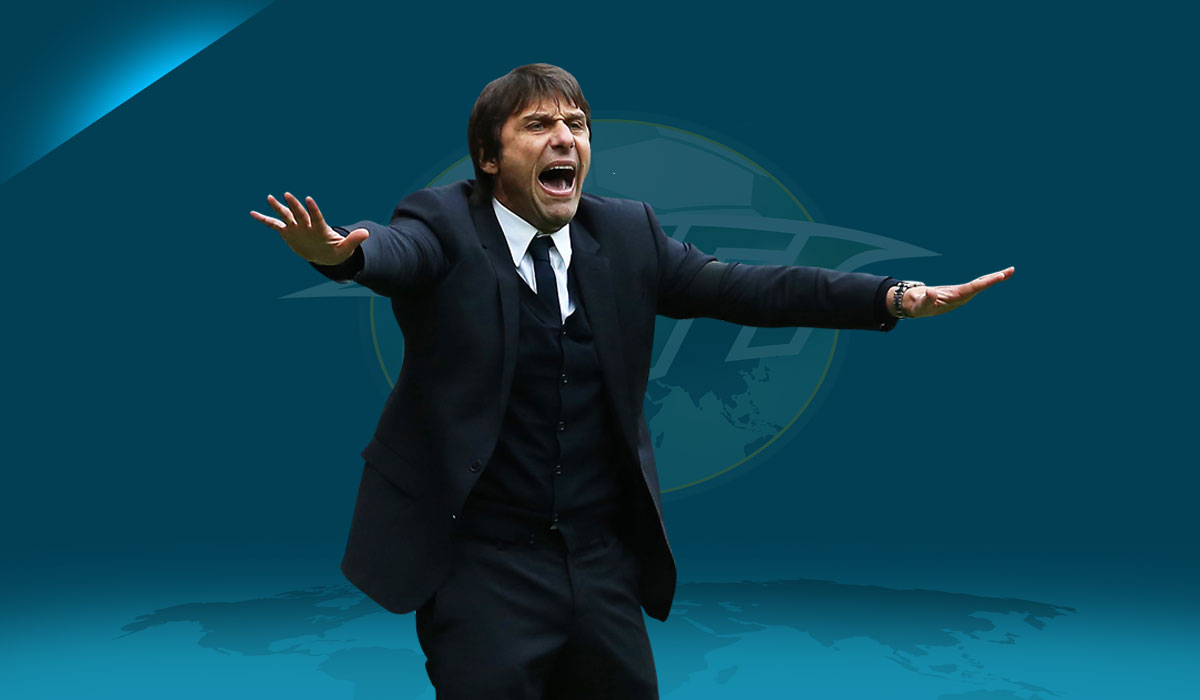 “I have zero problems. I sleep well” said Chelsea’s Italian manager Antonio Conte. But the body language was that of a man who had resigned to the fact that the end was nearing with each passing day and there was precious little he could do.

A stoic demeanour to deceive onlookers in the post-match interview after the Watford game could not hide the pressure Conte was feeling, as he seemed to choke up on his own words several times amidst the barrage of probing questions.

The problem began before the season, as Conte fell out with Chelsea’s hitman Diego Costa. The fallout, which could have been settled behind closed doors, turned ugly when Costa publicly accused Conte of texting him to inform he would not be a part of Chelsea’s plans. Since then, Chelsea have been a shadow of the team that dominated English soil last season with 93 points off of 38 games.

Chelsea should have made adequate replacement for Diego Costa who was their muscleman up front, but the acquisition of Alvaro Morata this season has not materialised into what the manager and the club’s board would have hoped for.

The Premier League, which is indisputably the most demanding league physically and mentally, can never be a perfect fit for a player with a feeble persona who has a habit of hanging his head and giving up on the lost chances without a fight. The nature of the league demands the ability to pick yourself up and motivate yourself to fight back.

Chelsea needed a fighter and failed to replace him with one. Morata admittedly said in an interview: “The Premier League is the most competitive league in the world. It’s physical and it’s the league with the most teams who can win the title.”

Unless, the Spaniard brings the fighting mentality that Costa brought to the pitch, it would be an arduous task for him to fill in his shoes at the Bridge.

Bakayoko’s performance was so abysmal against Watford, that it would have left Conte regretting, allowing Ruben Loftus-Cheek to join Crystal Palace. A simple YouTube search shows a complete compilation of Bakayoko’s mistakes at Chelsea so far this season, such is the scrutiny he has come under.

The consequence of the failure to add any world class talent to the squad could have been diminished had Chelsea utilised the pool of young talent available at their disposal. But the second season under Conte saw more than 15 names below the age of 25 depart Stamford Bridge, including Nathan Ake to Bournemouth, Nathaniel Chalobah to Watford, Charly Musonda to Celtic, Kenedy to Newcastle, Tammy Abraham to Swansea and Loftus-Cheek to Palace.

“From the summer, the club decides every single player that comes here. Sometimes I can have an impact on this; sometimes you can’t have an impact. My first task is to do my job, to be a coach, to try to improve my players. For sure, I don’t have a big impact on the transfer market.” –Antonio Conte, Chelsea Manager.

Conte cannot be held solely accountable for the ongoing turmoil at the club. The Italian has voiced his displeasure at the lack of quality signings on several occasions during the course of the season.

He bemoaned Chelsea’s apparent reluctance to sign his preferred targets which saw the club lose out on several names which included Alex Sandro, Virgil Van Dijk and Alexis Sanchez. It is ironic that a club that wants to switch to a ‘youth over experience’ system would ship out so many youngsters.

Chelsea have not been willing to compete financially with their direct rivals, resulting in an underwhelming summer and January window. The ensuing disagreement between the manager and board has been the major reason for the breakdown in their relations.

A complete faith and support from the Chelsea hierarchy, similar to what Guardiola sees, would have changed the course of the season for the club. There is no questioning the fact that Conte would have liked a greater control over the transfer policy.

Conte, however, could have adopted a less abrasive way in expressing his feelings about the matter publicly. In his book I Think Therefore I Play, Andrea Pirlo talks about Conte’s approach which, although correct, may not always be a pleasant experience.

Pirlo writes: “When Conte speaks, his words assault you. They crash through the doors of your mind, often quite violently and settle deep within you.” Such an approach at expressing disagreement over the board’s decisions would definitely have not gone down well.

Chelsea played a mere 40 games last season. This season they are competing in the Champions League but an intensely packed fixture list cannot be used as an excuse by a club or a manager of such repute. Stepping up to the occasion and delivering results, even with a tight schedule, is the hallmark of a big club and a successful manager.

Verbal duels with opposition managers, especially Jose Mourinho, have also worsened the already distressed situation Conte is in. Mourinho, well known for his dark arts and mind games off the pitch, touched upon Conte’s Achilles heel by pointing to his history of being embroiled in match fixing controversy. Conte retorted with a “small man” jibe but the damage seemed to have already been done.

Since the comments, Conte has won only 4 of the possible 12 league points and has been knocked out of the Carabao Cup. Had Conte been content with the happenings at Stamford Bridge in the transfer window, the comments by Mourinho would not have had an impact as grave as it has now.

“Courtois? I am always in contact with Real Madrid. Thibaut’s situation is under review at the moment so let’s see what will happen in the future. It’s clear that many clubs have interest in him including Real Madrid” –Christophe Henrotay, Thibaut Courtois’ agent speaking to Voetbal magazine.

To add to the woes, Courtois has publicly claimed in an interview with Sport that he would not be able to turn down an interest from Real Madrid owing to a personal situation. Hazard added fuel to the fire by making a statement along similar lines and calling Zidane his “idol”.

Conte was further probed for rumours surrounding players revolting in the dressing room which the Italian neither confirmed nor denied in the press conference.

The world was witness to Conte losing his temper and screaming at his staff on the bench in the match against Watford. The negativity surrounding Stamford Bridge culminated in ten seconds of sheer madness for Conte. Those ten seconds were enough to give the world a glimpse into the state of affairs at the Bridge and what lies beneath the stoic face presented under spotlight.

The aura around Chelsea is a reflection of the manager’s mindset. An unhappy mind, dissatisfaction with the ongoing situation, and a deep frustration has lead to an inherent resentment within the entire hierarchy. This has in turn been personified on the pitch in mediocre performances that lack character or the will to win.

With Luis Enrique being heavily linked to Chelsea, the road up to the end of the season is a strenuous one for Conte. Whether it is Enrique who replaces Conte, or someone else, one question would forever remain: How long will the next manager last at a club that has had nine different managers since 2004, and how will he adapt to a club that wants to control the transfer dealings without the manager’s complete involvement?

Only time will tell what will happen at the Bridge, but until someone wins more than three Premier League trophies at Chelsea, Judas will always be No1.