De Gea & Lloris On Different Sides Of The Goalkeepers’ Union 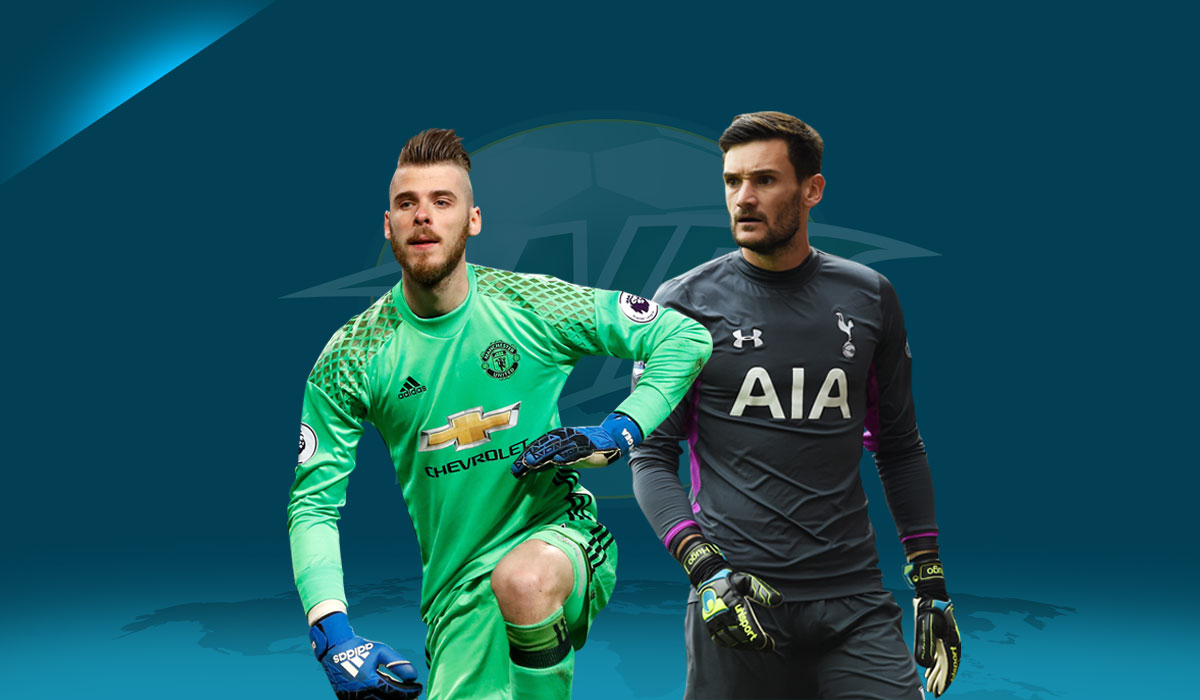 Despite the attacking prowess of Tottenham Hotspur and the defensive frailties of Manchester United, both of which were on show during the home side’s 2-0 win at Wembley, Hugo Lloris and David De Gea were among the more intriguing players on the pitch, writes Maryam Naz.

Lloris’s goalkeeping, in his familiar sweeper-keeper role, allowed him to effectively screen behind his back line against the likes of Alexis Sanchez and Romelu Lukaku.

In contrast, De Gea’s goalkeeping further portrayed him as a deep-sitting shot-stopper that works well behind United’s shaky back four. Both played well in their different styles, but De Gea was unable to do more to preserve the vital points that would have gone some way towards nullifying Tottenham’s chase for a Champions League place.

The game began with Jan Vertonghen pinging a long ball up towards Harry Kane, who won the initial header. After a few scruffy, misplaced kicks, the ball found itself at the feet of the untracked Christian Eriksen, and the Denmark international calmly slotted the ball into the back of De Gea’s net with ease, stunning United with barely ten seconds on the clock.

The Spaniard was not at fault, and Mourinho confirmed this himself in his post-match interview when he stated that his team had done a thorough video analysis of Tottenham’s set-up from kick-offs, therefore his defenders should have been ready for the early assault. Yet it didn’t pan out this way: Ashley Young’s lack of awareness to Eriksen’s positioning (as well as Chris Smalling’s lunge to the ground) ensured that there was nothing De Gea could have done to prevent it.

This occurred again in the build-up to the second goal, where Phil Jones’s lack of faith in his own left foot meant that he was unable to stop himself from rifling the ball into his own net.

Unlike Lloris, De Gea is both naturally inclined and asked by Jose Mourinho not to stray far from his own goal, which puts an onus on the defenders in front of him to deal with balls into the box. In both goals, faulty defending in front of him meant that there was very little he could have done to prevent the defeat.

From Lloris’s perspective, the United offensive setup suited the Frenchman’s style of goalkeeping. The pacey movement of Sanchez and Lukaku gave him a reason to follow his instincts and run out from his penalty box, and Ashley Young’s in-swinging crosses were easy to deal with.

In contrast to De Gea, Lloris was aided by his defenders, such as the fullbacks Kieran Trippier and Ben Davies, whose speed and intelligence kept the likes of Jesse Lingard in-check.

Lloris’s desire to always be on the front foot places him as the auxiliary defender behind Tottenham’s back four, which allows the defence to hold a high line.

This can be risky, as it’s more likely for him to concede goals via errors, yet given the style of keeping he prefers and is asked to undertake by Mauricio Pochettino, that risk is to be expected.

Fortunately for Lloris, in Wednesday’s win against Mourinho’s men, no mistakes were made, nor did Manchester United play enough accurate passes behind the Spurs defence, which meant Lloris was in for an easy night.

While United only had three shots on target, Lloris did the most obvious aspect of his job (saving shots) on Wednesday night when called upon. While more renowned for his tendency to leave his box, his reputation as one of the best goalkeepers in England was cemented after Tottenham’s 3-1 victory against Real Madrid in this season’s Champions League.

The Frenchman made a series of stunning saves against the likes of Cristiano Ronaldo and Karim Benzema to ensure his team first place in their group and qualification to the last 16 as one of the seeded teams.

David De Gea has been imperious across the season by adopting a very different style of goalkeeping. The Spaniard, who is first choice for his country, has become renowned for the consistency in his shot-stopping, and his proclivity to stay close to his own goal means that any howlers on his part are much less likely to happen.

His display against Arsenal in United’s 3-1 victory against the Gunners was one that left Mourinho describing him as ‘the best in the world’, so it’s clear why Mourinho wants him to stay, both at the club and on his goal-line.

Despite having contrasting styles, it is evident that both teams see their keepers as vital assets in their challenge to gain a top 4 place come May.

United have a world-class keeper in their midst, and Spurs have one who, over the past decade, has been part of the modern trend towards sweeper-keeping, which is becoming more and more prominent at the elite level.

Yet if Mourinho’s men are to challenge for more trophies in the coming seasons, he must support the Spaniard by either buying better defenders or coaching the mistakes out of his current crop, so that collective performances like the one at Wembley don’t become a regular feature of their game.