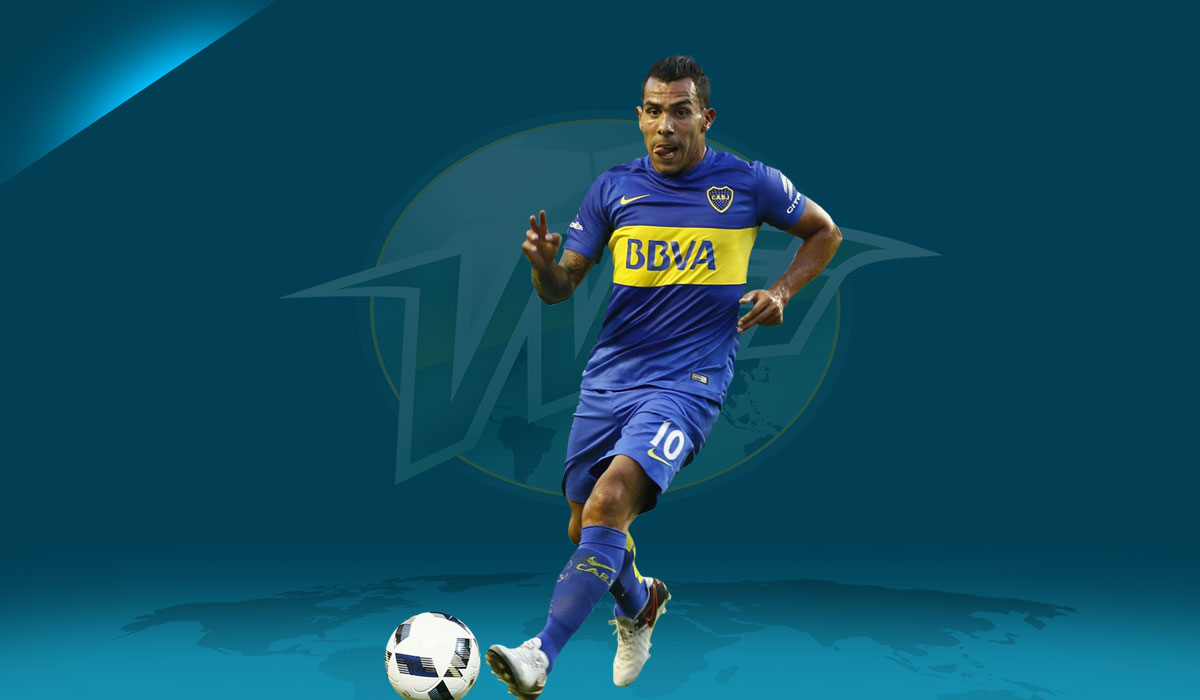 It’s very tough to write after such a disappointing performance from a team you expected so much more from.

Boca’s performance was lacklustre, and although there are many areas in which they failed to perform, I’ll discus some of the key areas that could’ve made all the difference.

Boca started off with Schelotto’s favourite formation of 4-3-3, placing Tévez as the main striker. Tévez has expressed many times his preference in playing behind the main strikers as he doesn’t feel comfortable colliding with the two central defenders.

Looking back at Boca’s failure campaign in the 2016 Copa Liberatores against Independiente Del Valle, Tévez played as the main striker and was nonexistent throughout both legs.

Similarly, In the 2015 edition of the Supercopa against San Lorenzo, where Boca were crushed 4-0, Tévez also as the main striker.

Last but not least a few months ago in January in the preseason fixture against River Plate, he also played as the main striker where Boca lost 1-0.

It’s a constant outcome every time Tévez plays an important match as the focal point. Arguably, his best performance against River was a 2-4 away win in late 2016, playing behind a classic striker (Dario Benedetto) in the centre forward/attacking midfielder position.

These are statistics that Schelotto must understand in order to be successful in important games with Tévez. The same formula of placing him as the main striker has failed time after time.

In a first half where Boca were not able to create chances and unable to test River goalkeeper Franco Armani, Schelotto was unable to read the game properly.

His side were more or less playing without a striker, using Tévez as a false nine as stated above. Knowing the team is in need of a goal the manager failed to provide that obvious change until the 72nd minute, just after River went 2-0 up, when Ramon Ábila entered the game.

Boca managed to produce more scoring chances in the second half with contributions from Edwin Cardona, who did the best he could many times playing alone.

In the second half Peréz was unable deliver the ball well, but a player who could offer attacking options and precise ball distribution was Emanuel ‘Bebelo’ Reynoso.

The ex-Talleres de Cordoba man was superb off the bench in last Sunday’s match against Atletico Tucuman, constantly asking for the ball and providing teammates with scoring opportunities.

It’s easier said than done from my part after watching last Sunday’s game, knowing Reynoso was the man of the match with just thirty minutes played.

In my defence, Reynoso was the only available player of said characteristics who could have changed the dynamics of the match against River, but he remained on the bench.

Analysing further, the 22-year-old was the only midfielder available among the substitutes. Another mistake from Schelotto was leaving Gonzalo Maroni out of the squad entirely. Maroni is a player who, like Reynoso, Boca needed by halftime.

Schelotto made one substitution — replacing full back Leandro Jara with Ábila — in a game that was lost by two goals. It was evident he did not construct his bench accordingly to be able to make use of all three substitutions.

Lastly, there were many sub-par performances. One of which I would like to highlight is that of Perez, already alluded to.

A key player in creating attacking plays especially when Fernando Gago is unavailable, Perez has been missed by the team and coaching staff since his preseason injury in January.

This was his first start since then, but he put in a very poor showing. Very poor ball retention, imprecise passing, and a lack of offensive production were all factors that called for a halftime substitution.

A substitution that Schelotto failed to read.

The above is an important statistic that goes to show the very poor passing from the team as a whole.

A player with the characteristics of Tévez should never go a game unnoticed. Having played in a Champions League final as recently as 2015, he is a player of high calibre who should be able to break defensive lines.

Unfortunately, he wasn’t able to do so against River. It was almost as if he was lost on the field and not able to find his place from which to hurt the opposing team.

He would often drop back to find the ball therefor leaving the box without a target when Cristian Pavon and Edwin Cardona would offer a cross.

It seems like there are two sides to this Boca team: Hailed for being league leaders for over 400 days, but criticised when it comes to performing in knockout matches like the Supercopa.

Assuming nothing out of the ordinary occurs, Boca will most likely life the Superliga title within the next few months, but if they are to lift the Copa Libertadores in December, then Schelotto must find a formula to win decisive knockout games.