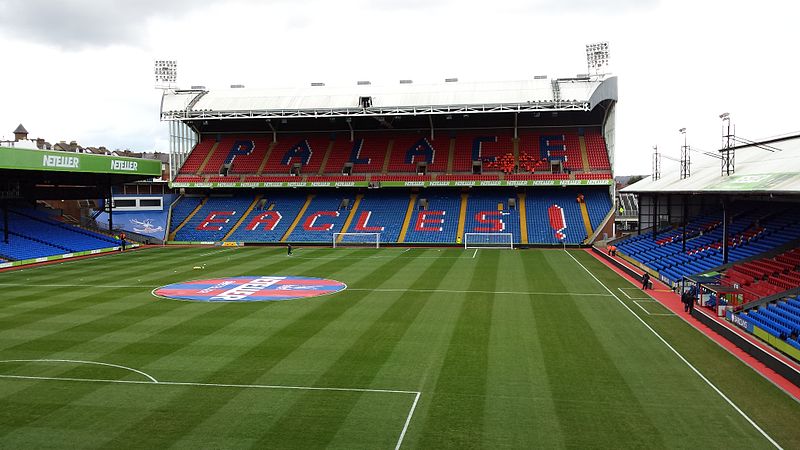 For Liverpool fans, playing Crystal Palace may as well be akin to having their toenails pulled off one by one by some deranged serial killer.

It’s one of those fixtures historically associated with distress, fear and pain. Especially at the intimidating setting of Selhurst Park. In addition, it was the first game back from the extremely popular international break. A

nd as if that wasn’t enough, it was an early kick-off or as Jürgen Klopp likes to call it, “breakfast”; a time in which Liverpool have taken less points as compared to the later starts.

But fans needn’t have worried as the Reds stormed to a 2-1 victory against all the aforementioned odds, narrowly avoiding a Roy Hodgson masterclass, to put themselves back on track for the remainder of the season.

Here are five talking points of the game for your leisure.

Following on from that fateful night at Selhurst Park on May 5th 2014, fans were left scarred after a comfortable 3-0 lead was disgracefully squandered.

What continued after that was a series of three successive defeats in the Premier League including one at Anfield that gave Palace the “bogey” team status.

Since Klopp has taken over at the helm, Liverpool have played Crystal Palace seven times, (including one meeting in a pre-season friendly) and lost just two.

That doesn’t sound much like a team that has Liverpool’s “number” anymore. Slowly but surely, Palace are becoming just another team.

The Weird and Wonderful Mané

Sadio Mané showed his Jekyll and Hyde traits when he scored the Reds equaliser, as well as making some questionable decisions at other times.

After Palace had taken the lead in the twelfth minute via a penalty, Mané went down in the box twelve minutes later in an attempt to claim his own.

When did it become legal to kick Sadio Mane's ankles?

His exaggerated and delayed reaction to James McArthur’s foul prompted the referee to book the winger for diving and denied Liverpool the opportunity to make it even.

Just minutes later, Mané had the ball in the back of Palace’s net but was adjudged to have been offside.

After the break, Mané scored a legitimate equalising goal after James Milner fizzed in a cross that the Senegalese just had to direct past a hapless Wayne Hennessey.

Quite a lot of input from one player you’d think, but yet more was to come from Sadio. Thirty minutes from time with the game nicely poised at 1-1, Mané felt that he had been fouled just outside his own box by Andros Townsend, but didn’t feel the need to wait for the whistle to be blown before collecting the ball into his hands denying Palace a run on to Loris Karius’ goal.

The referee awarded a free-kick to the home side in a dangerous area which, to Liverpool fans’ relief, resulted in nothing.

More importantly, Mané remained on the pitch despite calls for a second yellow card for a deliberate handball.

Klopp, however, had seen enough and immediately substituted him to ensure that his team saw out the remainder of the game with eleven men on the pitch and a chance to secure all three points.

Wilfried Zaha passed a late fitness test to be available for selection for the game and showed exactly why Crystal Palace haven’t won without him.

His knee injury at the beginning of February sparked a torrid time for Roy Hodgson, who didn’t see a victory until they travelled to Huddersfield just before the international break.

His involvement in the Liverpool game saw why he is so vital to everything Crystal Palace do. He was the main outlet for them as anything remotely threatening went through him.

The penalty was won by him when Karius came charging out to cut out the danger but took out the man rather than the ball. Trent Alexander-Arnold found it difficult to keep tabs on Zaha and was caught out for their penalty shout.

Could Wilfried Zaha's fitness could decide Palace's season? Why they are a different side without him: pic.twitter.com/3SIE9U4Q8m

Zaha’s frustration was all too apparent at Christian Benteke missing the target when he was standing unmarked behind him.

Had the former Liverpool striker left the ball for Zaha, the Reds could’ve gone behind for the second time in the game.

He is second only to Eden Hazard for the most dribbles this season and his fitness is key for Hodgson if his team are to avoid the dreaded drop.

Adam Lallana was one half of a double substitution in the sixty-fifth minute, but his cameo lasted only four minutes when he had to be replaced following a hamstring injury.

Lallana has spent much of the season on the treatment table and was easing his way back to fitness over the last few months but there are now fears that his season may be over.

In his post-match interviews, Klopp suggested that the injury looked “serious” but that nothing was certain until further investigated.

The setback will have crushed Lallana with the World Cup on the horizon. Here’s hoping the initial prognosis is wrong.

Quiet? Mo Salah? Maybe for eighty-four minutes. But when it comes to the crunch, more often than not, he’s there.

The Egyptian King, as he has been affectionately dubbed, wasn’t his usual self but his standards have been set so high that anything but bombarding us with goals from all angles seems quiet.

As Liverpool searched for the winner in the dying minutes, who would you want at the end of a cross? Andy Robertson says, Mo Salah and everyone else agrees.

As Alex Oxlade-Chamberlain’s cross went over everyone’s head, Robertson’s first-time pull back went straight into the danger zone where Salah was waiting to pounce.

A sublime first touch to control the ball set him up on his unfavoured right foot but the magic had already been concocted with his left.

And the winning goal was born. Twenty-nine Premier League goals and a vital three points won.