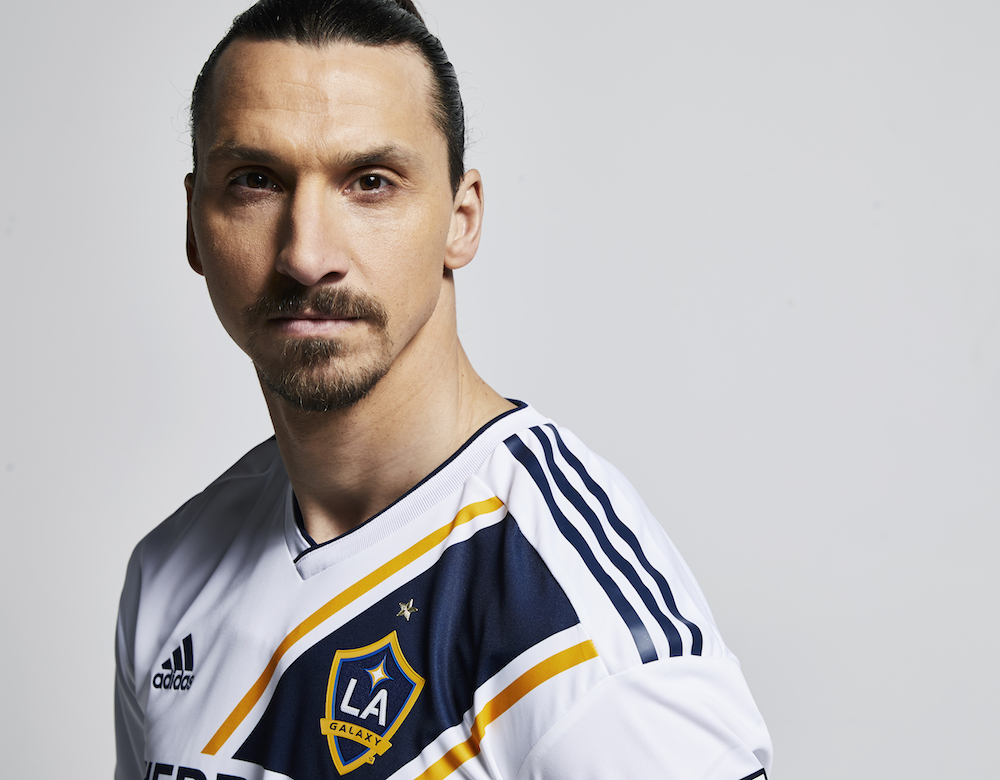 Swedish striker becomes one of most accomplished players to join Major League Soccer; Ibrahimović scheduled to arrive to Los Angeles next week

The Swedish striker joins the five-time MLS Cup champions after a decorated career internationally and throughout Europe, where he has starred for Ajax Amsterdam, Juventus, Inter Milan, Barcelona, AC Milan, Paris Saint-Germain, Manchester United and his native Sweden while accumulating over 450 goals for club and country.

Ibrahimović was added to the LA Galaxy roster using Targeted Allocation Money (TAM), will occupy an International roster spot and will officially join the roster pending receipt of a P1 Visa and ITC. For all MLS roster rules and regulations, click here.

“Coming to play in the United States, it is only fitting for me to join the most successful team in Major League Soccer, the LA Galaxy,” said Ibrahimović.

“I am excited to join a club with a winning legacy that has embodied soccer in Los Angeles for over 20 years. I would like to thank everyone at the club for making it possible to play for the LA Galaxy.

“I am looking forward to joining my teammates, playing at StubHub Center in front of our fans and helping our team compete this season.”

Overall, Ibrahimović has scored 421 goals for club, 62 goals for the Sweden National Team and tallied 159 assists in 730 club games.

“Adding one of the finest goal scorers in this sport’s history to our roster will tremendously help our club in the hunt for a sixth MLS Cup,” said LA Galaxy Head Coach Sigi Schmid.

“As one of the winningest players of all time, we believe he’ll have a very positive impact on our team.

We are confident that Zlatan can be one of the most dangerous strikers in our league and we are excited to integrate him into our club.”

Ibrahimović began his career with his hometown club, Malmö FF of Sweden, making his professional debut in 1999 at the age of 17.

After helping Malmö earn promotion to the Swedish first division the following season, he was signed by Ajax for a club record transfer fee. In three campaigns with Ajax, Ibrahimović garnered further European recognition as he helped the Dutch side to two Eredivisie titles while shining in two UEFA Champions League campaigns.

“The LA Galaxy are a club that have always attracted the biggest names and the most talented players in the world,” said AEG President and CEO Dan Beckerman.

“Zlatan’s signing is evidence of AEG’s and LA Galaxy’s persistent, global pursuit of top athletes that lift the profile of our club, our league and our sport in this country.

As the most successful club in Major League Soccer history, the LA Galaxy are the perfect fit for one of the most decorated soccer players in the sport’s history.”

Ibrahimović made the move to FC Internazionale in 2006 and began his successful stint at the club by being named Serie A Player of the Year in his first season.

In three seasons, he totaled 66 goals in 117 appearances and capped his three-year stay at Inter with 25 goals to claim Italy’s 2008-09 scoring title.

He lifted the league title in each year with Inter. Ibrahimović made the move to Barcelona in 2009, scoring 22 goals across all competitions and collecting a La Liga title in his one season there. He returned to Italy in August 2010 with AC Milan, reinstating himself as one of the league’s most dominant scorers.

He helped Milan to the Serie A title in his first year and followed suit with another Italian scoring title in the 2011-12 campaign.

“Signing Zlatan is a testament to the LA Galaxy brand and our incomparable success in MLS since 1996,” said LA Galaxy President Chris Klein.

“In addition to our rich history, we continue to invest in building a future that will see us continue to reach new achievements.

We aggressively pursued Zlatan and are extremely pleased to add him to our team.”

In what would be his longest stay with a European side, Ibrahimović made the move to France in 2012, signing with Paris Saint-Germain in July of that year.

Ibrahimović lifted the club to European prominence in his time there, winning the league title in each of his four seasons in Paris in addition to nine other major trophies.

He won the Ligue 1 scoring title in three of his four seasons with PSG, highlighted by his final campaign with the club, in which he scored 38 goals in 31 league appearances.

In July 2016, Ibrahimović was signed by English giants Manchester United, scoring 17 goals in 28 league appearances during the 2016-17 campaign and helping the team to a UEFA Europa League Championship just last year.

In 2001, Ibrahimović debuted with the Swedish National Team at the age of 19 and has since earned recognition as the best soccer player in the country’s history.