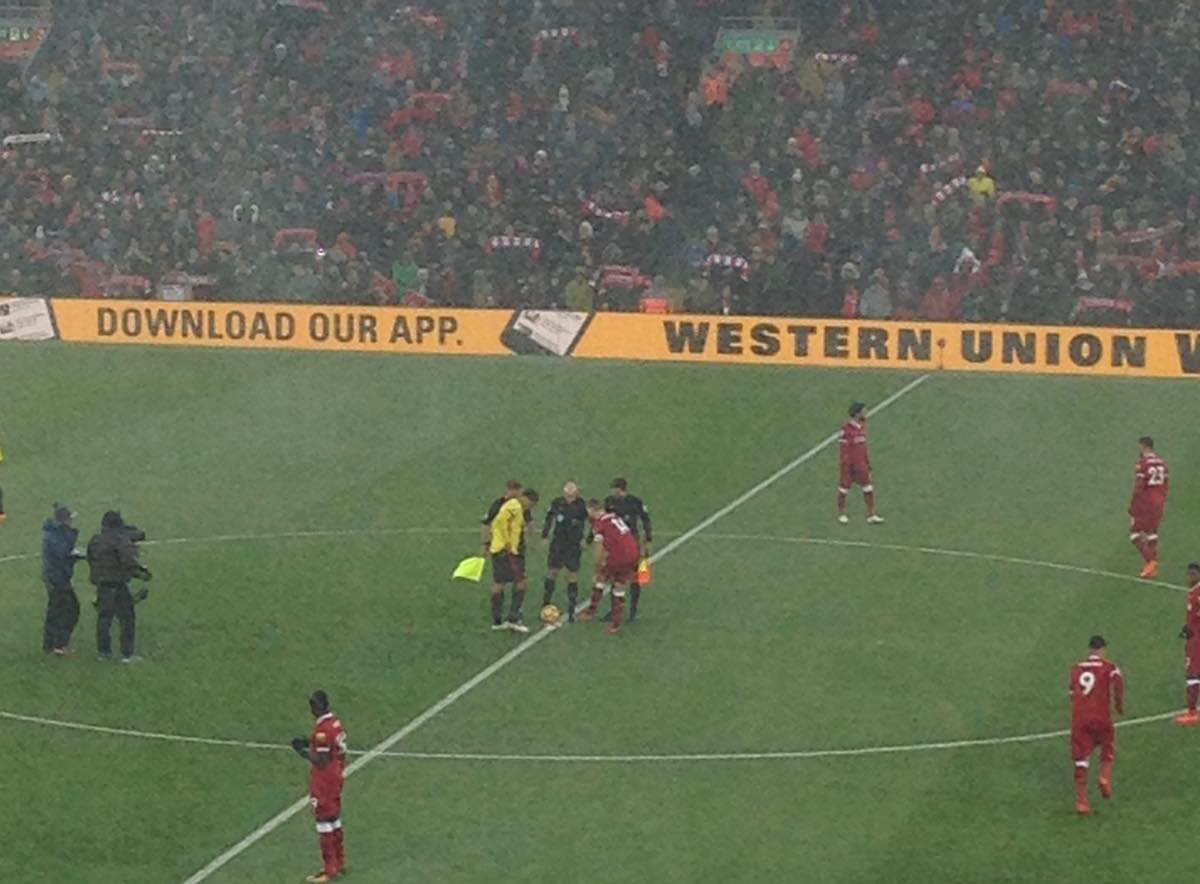 If a response was what Jurgen Klopp asked for then that is exactly what he got.

Post-Manchester United defeat last week, an emphatic 5-0 victory over Watford went some way to heal those wounds and put Liverpool back on track after their Lilliputian-sized crisis.

When one hundred and eighty minutes of football with no goals scored (by their own players) constitutes a “crisis”, you know that it’s been very good season.

The standards have been set immensely high especially at Anfield this season, and the win over Watford made sure that excellent home form continued unabated.

Here are three talking points from the game on Saturday evening, by Umarah Naz.

The Reds have lost four games this season and each time have shown the ability to react positively. Each time a strong, unbeaten run has followed with the most notable coming after the Spurs debacle in October.

An eighteen game run only ended at the end of January in a disappointing loss to Swansea.

What all this proves is that Liverpool’s defeats are merely blips rather than catastrophes as some sections of the fanbase would have everyone believe.

Back to back losses are not a feature in their DNA this season which can only inspire them for the rest of the season and, more importantly, into the next one to come.

Jurgen Klopp has repeatedly stressed the significance of “showing a reaction” and that is one thing he cannot fault his players on.

A few weeks ago, there was much talk about Sadio Mane being out of sorts.

Many saw his costly decision to shoot rather than pass to several players in front of an open goal against Everton as the point at which the Senegalese lost his confidence.

It took Mane five games to discover his goalscoring touch with a well-executed goal against Burnley.

Six more followed including a Champions League hattrick catapulting Liverpool into the last eight of the coveted club competition.

But if ever a game showcased Mane’s covert talents, Watford was it. He was instrumental in three of the five goals scored.

His first assist was typically Mane as he made the pass to Mohamed Salah on his backside, but so mesmerised are we all with the Egyptian this season we tend to forget everything that goes on in the build-up to his goals.

The second assist will rightly be awarded to Andy Robertson whose pinpoint cross for Salah stole the show. But Mane’s inch-perfect pass to Robertson’s feet was what initiated the move.

Had the pass been slightly under or over hit, the Scotsman would’ve had to adjust his footing and wouldn’t have been able to hit it the first time like he did.

Liverpool’s fourth came after Mane hustled from out wide, running rings around Sebastian Prodl before laying the ball off for Salah to finish things off.

Much of what Mane does can sometimes be lost amidst the exceptional talent he has around him, but he has proven that his input is highly effective even when he isn’t copying Roberto Firmino’s celebrations after scoring his own.

His Excellency, the Egyptian King

Mohamed Salah can do no wrong at the moment. Liverpool hasn’t felt such a buzz around a player since Luis Suarez.

The difference now is that Reds can unashamedly love Salah. There are no antics or episodes to worry about, no vampire traits or controversies. Even rival fans love Mo and that’s a beautiful thing.

Salah started the day tied with Harry Kane on twenty-four goals and ended it with a spectacular twenty-eight. He had never scored a hat-trick for Liverpool and decided to go one better with four.

His first was a goal from an impossible position with three defenders tightly closing him down but he managed to get a shot in from an angle past Orestis Karnezis.

He even finished with his right foot which made the goal all the more special. The second, just before half-time, was another right-footed beauty which, once it found Salah’s boot, Watford could do nothing about.

He connected perfectly on to the end of Robertson’s cross and slotted home to double Liverpool’s slender lead.

Roberto Firmino scored Liverpool’s third in the forty-ninth minute when Salah made sure he caught up with the ball to cross in for the Brazilian who flicked the ball in with the back/side of his right foot for an unorthodox a finish as you will see.

But the provider would not be denied his first Liverpool hat-trick and with twenty minutes left he wrong-footed three defenders simultaneously which allowed him to get a shot away on goal.

You would think the Egyptian would be content with his achievement but he had yet more to come. He unselfishly laid the ball into the path of substitute Danny Ings who was unlucky to have his shot saved.

However, the Watford goalkeeper couldn’t hold onto the ball and helplessly watched as it fell to Salah who finished the night with four to his name. Harry Kane must be turning in the treatment room.

The scariest part is that with seven games left, there is still time for a few goalscoring records to be broken.

Alan Shearer, Cristiano Ronaldo, and Luis Suarez are all tied on thirty-one goals in a thirty-eight game season which means Salah needs just four more. Barring a disaster, it is not completely outside the realms of possibility that that record will fall.

The comparisons to Lionel Messi have begun to blossom in the footballing world. That may be a little premature but he certainly has a shot at Premier League player of the season alongside Kevin De Bruyne.

Jurgen Klopp deserves a lot of credit for polishing this rough diamond into a blindingly rare and expensive gemstone.