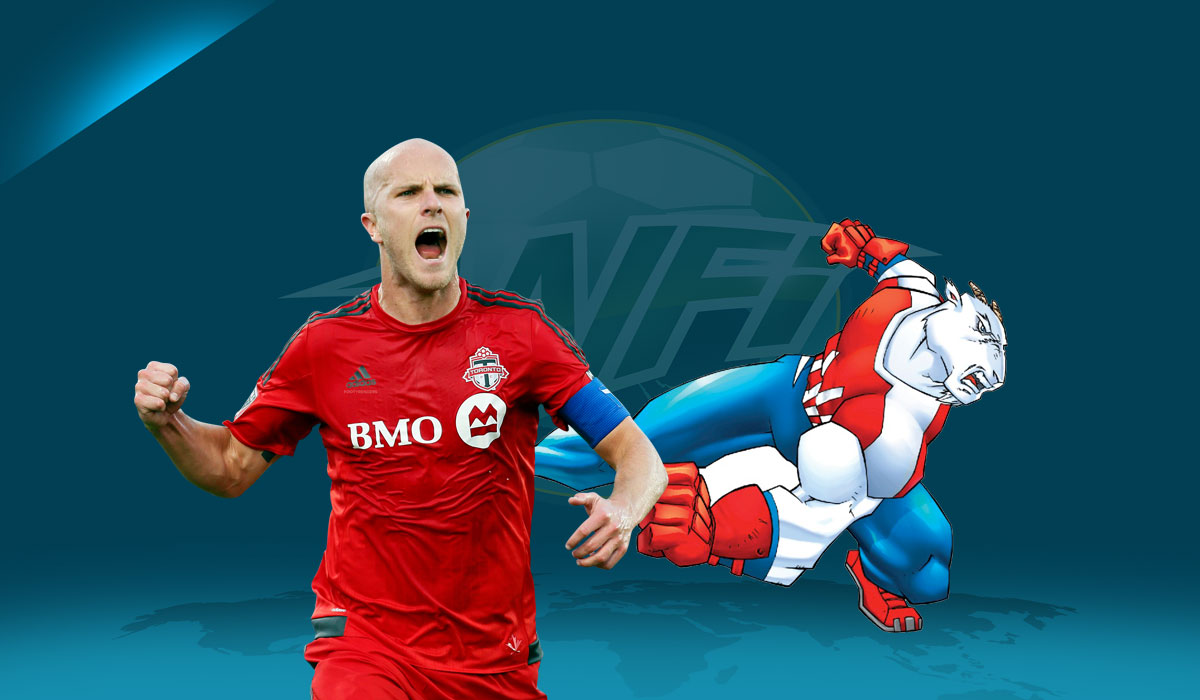 On a defining night for MLS and Liga MX in the CONCACAF Champions League semifinals, both teams leading from the first leg held on to advance to the final, albeit in different ways.

New York Red Bulls huffed and puffed at home against Chivas, needing just one goal to level the tie, but they came up emptyhanded after doing just about everything but scoring.

The Mexican side advanced 1-0 on aggregate after double parking the bus and still conceded a litany of golden chances.

In the second match of the night at the colossal Azteca, Toronto solidified their claim as the best team in North America, with a measured 1-1 draw against Mexican giants, América.

The hosts stoppage time penalty kick added a consolation prize to a 4-2 aggregate scoreline, but being held at bay for over ninety minutes will represent a massive disappointment for the super-club.

Heading into the night, both Red Bulls and América effectively needed two goals to advance. One goal would have given the Red Bulls the opportunity for extra time, whilst Las Aguilas could have advanced with a 2-0 scoreline.

For both of the leading sides, an away goal would have forced the home side to produce three—to win for Red Bulls and to tie for América—effectively killing the match (but don’t tell that to Roma!).

It was one-way traffic for both of the trailing home teams, but in two completely different styles.

Matías Almeyda kept Guadalajara behind the ball with an extremely deep line and his side offered virtually nothing going forward the entire match with no shots until after the eightieth minute.

New York completely locked Chivas into its own half with a swarming press and it overloaded both flanks to fire in productive balls across the face of goal.

The Red Bulls’ attack fizzled out somewhat in the second-half with the visitors willing to actually keep some possession, but having their first-half effort come up with no goals was inexcusable.

Rodolfo Cota made some nice saves from a few headers, but the Red Bulls had a terrible case of luck coupled with poor finishing.

Chivas finished the night with fifty-two clearances compared to Red Bulls’ eight, but were only out-possessed fifty-three percent to forty-seven percent thanks to a scrappier second-half.

Almeyda’s decision to set his defensive line on the edge of box for the night and invite waves of pressure was a poor one. Getting outshot 20-1 is a recipe for disaster going forward, and one goal for New York could have opened the floodgates.

On the surface, it looked like Greg Vanney invited more pressure than Almeyda did, with América taking sixty-five percent of the possession at the Azteca, but the manager kept the Reds’ line much higher: about 10-15 yards in front of the box, only sinking it when América had combined down the wing.

Those extra yards often can and did make the difference by offering a semblance of a press and an obstacle into the final third.

With Jozy Altidore going down in the twelfth minute, Vanney had even more of a challenge, but Tosaint Ricketts put in a workman’s shift up top.

Toronto had opportunities on the counter and offered something going forward, but maybe that was the magic of Sebastian Giovinco; the most talented player in North America right now. He created the chance that led to Jonathan Osorio’s goal, which proved to be a dagger.

América still threw everything it had at Toronto, taking 29 shots, but just seven landed on target with Alex Bono on superb form making at least three jaw-dropping saves.

Andrés Ibargüen was the most dangerous man for the hosts down the left side, but he could not produce enough magic.

Michael Bradley was excellent for Toronto and his defensive work rate proved why he still is an elite, if unspectacular, central midfielder.

Toronto’s line retreated for the last fifteen minutes or so, but with a three goal lead that was much more sustainable than trying to protect a one-goal margin for ninety minutes.

Both leading teams were bailed out by some poor finishing and great goalkeeping, but one of the strategies for nursing a lead seemed much more effective than the other. When a goal can kill a tie, there has to be at least a token effort to forge forward.

Toronto will be rightly favoured in the two-legged final against Chivas, with a chance to cement a historic two-year stretch as one of the best North American sides ever.

Having slain Mexican giants Tigres and América so far, they now have the problem of being clear and undisputed favourites against a team who clearly is not afraid to frustrate and defend for one hundred and eighty minutes.

Chivas have the benefit of playing the second leg at home at the Estadio Akron, but they need to survive a perilous trip to BMO Field on Tuesday.

Toronto surely won’t come up empty handed at home, so Almeyda’s balancing act should make for a fantastic final.

The winner of the 2018 Concacaf Champions League will represent the region in the 2018 FIFA Club World Cup in the United Arab Emirates.

Amit is part of WFI's World Cup coverage, presenting the World Cup After Dark show. He also covers the USMNT.