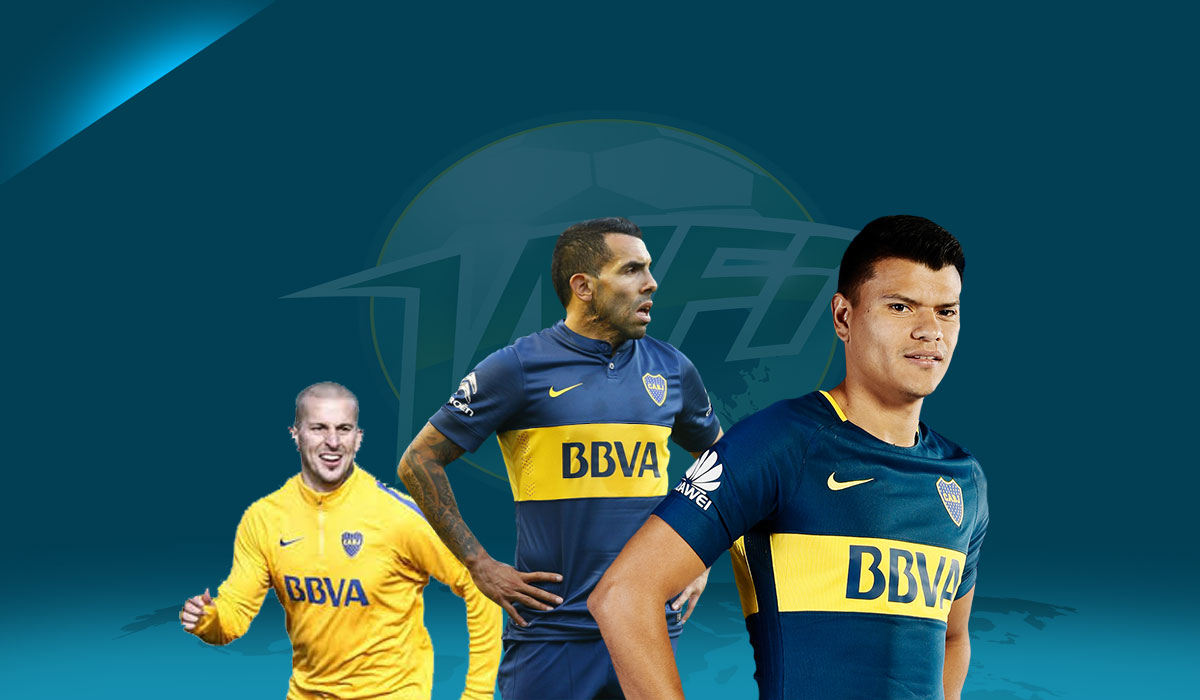 Before Dario Benedetto’s unfortunate injury against Racing in round nine of the Superliga, Boca Juniors were scoring anywhere from two to four goals per game.

Boca’s goal per game ratio has decreased from 2.35 goals per game to 1.23 goals per game. Why haven’t Boca been able to hold onto the ratio since Benedetto’s injury? To find out, I will take a look at the strikers that have replaced him: Walter Bou, Ramon Abila, Carlos Tevez, and Guido Vadala.

Benedetto certainly felt that in his first few games for Boca. He did not perform well in pre-season games prior to the initiation of the 2016/2017 season.

Despite that, Guillermo Barros Schelotto had full faith in the forward. The fans asked for Bou (the backup striker) three games into the start of the 2016/2017 season with Boca having managed a win, a draw, and a loss in the first three rounds.

Benedetto could still not find the back of the net and the fans had lost their patience. It wasn’t until round round four that Boca supporters really saw what Benedetto had to offer. He managed a hat trick against Quilmes in round four with the second goal a breath-taking strike from distance.

A year and a half later, Benedetto had managed 21 goals in 25 appearances for Boca in the 2016/2017 season. His hunger for goals continued this current season with 8 in 9 appearances, even earning a call up to the national team for the last two fixtures in the South American World Cup Qualifiers.

Unfortunately, Benedetto suffered a ligament injury against Racing in round 9 and Boca have struggled to maintain that goal scoring form.

Bou had a potent start to his Boca career, scoring against San Lorenzo, Racing, and River when Benedetto was out for a few weeks in the 2016/2017 season.

He proved to be a fantastic replacement and was capable of scoring against top teams when called upon.

When Benedetto returned from injury, Bou was left in the shadows. Coming in to replace Benedetto very late in games did not allow him to even touch the ball.

A dip in confidence followed. It has been tough for Bou a year later when Boca legitimately need a goal scorer to replace Benedetto. Almost a whole year watching from the bench has not allowed him to progress in his career.

Tevez is another player asked to replace Benedetto and has done so unwillingly. Using the media to his favour he has stressed many times he does not have the physique to clash with defenders especially in a tough league like the Argentine first division.

He has hinted at his desire to play behind the striker and be a part of play construction. Schelotto has disregarded his wishes and played him as the striker. He has been rewarded with Tevez scoring three goals in in seven games since his return from China.

Another player tested as a striker was Vadala. With two starts to his name this season he has scored one goal and not played since.

Ramon Abila was seen as the best replacement for Benedetto. A goal scorer for Huracan and Cruzeiro, he was the most logical replacement.

He has six appearances in the Superliga, three of which have come off the bench, but has only scored one goal. According to many reports he is not of Schelotto’s preference so he has not received the amount of playing time most fans would have hoped for.

With four options for Schelotto and a constant rotation of players, it’s no wonder Boca have been scoring less. One thing is for sure, when Benedetto returns, Boca will be hoping it’s with many more goals.