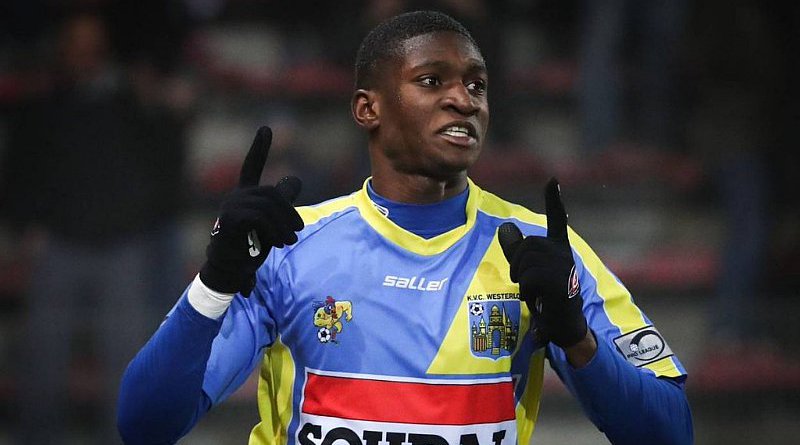 James Rowe spoke to Sint Truiden midfielder Elton Acolatse about his time at fellow Belgian club Westerlo, his current loan period, and winning the UEFA European under 17 championship with the Netherlands in 2012.

I really enjoyed my time at Westerlo. I was previously playing for Jong Ajax and that prepared me to make the step to another European league .

Unfortunately during my time at Westerlo we were relegated from the Belgian Jupiler League, which was a massive shame, but I can only be positive about my time there.

I also really enjoyed my football during my stay at the club.

I have had a lot of injuries since I have been at the club so it has been difficult in that respect.

I hope to recover well and find my form in order to help the club win matches in the future. I want to be able to show my worth here at Sint Truiden.

You won the UEFA European under 17 championship with the Netherlands in Slovenia in 2012. How do you look back on such an achievement?

It was very special for me to be part of such team. It is something that I will never forget.

We had a good team with great players such as Nathan Ake and Jorrit Hendrix. One of my highlights was when I scored the equalising goal in the final against Germany in the 91st minute.

We went on to win the match 5-4 on penalties.

You are currently under contract with Club Brugge . Did you notice that it was a big step to go from Westerlo to Club Brugge?

Yes you do notice that. Club Brugge is arguably the biggest football club in Belgium and they are always challenging to win the Belgian Jupiler League.

Club Brugge also have a fantastic stadium and the city of Bruges is really nice.

During my first pre season at Club Brugge I was in great form and I received a lot of positive comments from the manager and my teammates, but shortly after that I sustained a groin injury and that was difficult to take.

With your experience in the Netherlands and Belgium could you say who is the best player you have played with so far in your career?

At youth level with the Netherlands I played with current Feyenoord midfielder Tonny Vilhena.

I also played with Kenny Tete who currently plays for Olympique Lyon in France and Jairo Riedewald who is at Crystal Palace in England and it was great to play with some great players who have gone on to have a very good career.

In a youth tournament in Qatar I played for Ajax against Paris St Germain and I came up against Adrien Rabiot you could tell even back then that he was a great talent and he has blossomed into a great player, and it is fantastic for him to be playing in such a quality team as Paris St Germain.

With Jong Ajax we played a friendly match against Manchester United in England and I played against Jesse Lingard and he played really well in that match.

Finally who are the managers that have helped you the most so far in your career?

My manager at Westerlo, Bob Peeters, helped me a lot, and his successor, Jacky Mathijssen, also helped me in my development as a footballer.

I must compliment all the people that I worked with at Westerlo from the chairman to the kit man and also my teammates. It was a pleasure to work with such great people at the club.