Has Jurgen Klopp Found The Key For Others To Unlock City’s Defence? 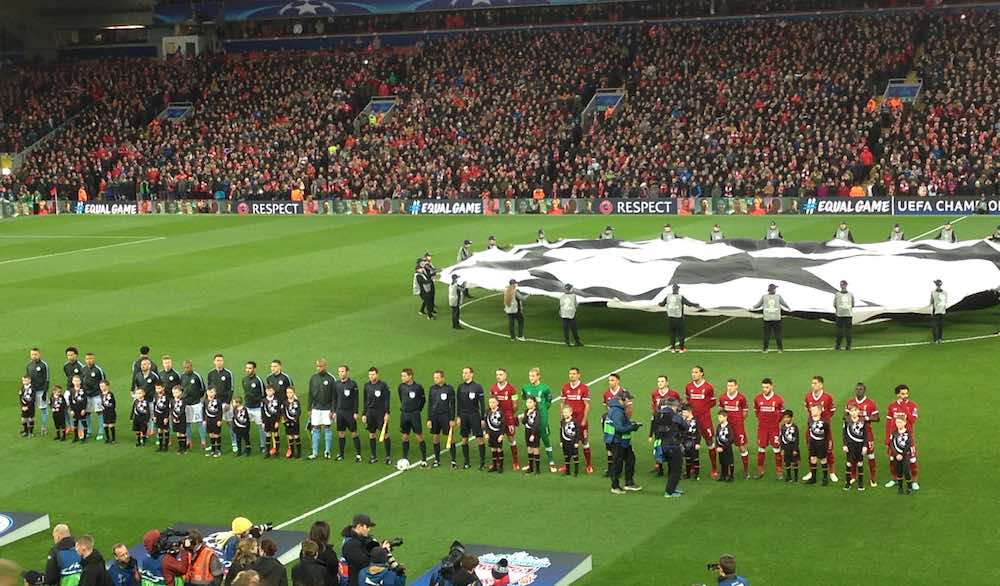 Not only did they score three goals against the runaway League leaders, but their attacking players made the City defence look weathered whilst their own appeared sturdy and resilient.

So how did they do it, other than being bolstered by the roar of the Kop faithful?

And does this allow us to see the defence of the best team in the Premier League in a different light?With the understanding of what they were going to be up against, Pep Guardiola set out a back-four of Kyle Walker, Vincent Kompany, Nicolas Otamendi, and Aymeric Laporte.

Four defenders, who had proven to be outstanding over the course of the season, with a combined price-tag of £145 million. Yet in the course of 90 minutes yesterday, not only did Liverpool expose the weaknesses they possessed, but also made them pale in comparison to their own defence.

In each of the three goals scored by Jurgen Klopp’s men, City’s defence looked sub-par.

For the opening goal, scored by Mohammed Salah, Otamendi’s attempt to make a forward pass was wayward, and instead found the Egyptian.

Salah quickly ran into the space ahead, cut in, and took a shot on goal which was saved by Ederson. Yet Walker made a hash of the rebounding ball and Roberto Firmino’s toed-end pass was all Salah needed to find space and stick the ball into the back of the net.

Here’s the Salah goal for you: pic.twitter.com/0SoNVuJU3V

1-0 down, and the City defenders had no time to re-compose themselves, as merely 10 minutes later a lack of communication between Kompany and Otamendi meant that Alex Oxlade-Chamberlain was able to run unchallenged into space and hit an absolute rocket of a shot into the back of Ederson’s net to make it 2-0.

Kompany’s expression of despair epitomised the mood of the City players all around, as Anfield rocked with noise whilst Guardiola’s men stood staring at one another in shock.

If they were to go on and make things equally difficult for Liverpool’s defence, then this would have been the time for the players to rouse themselves and get the away goal which could have seen the pendulum swing the other way.

Instead they faltered, stumbled, and by the 31st minute, they were 3-0 down, thanks to Sadio Mane.

Otamendi was at fault again in the build-up to the third goal, when his half clearance went straight to Salah, who chipped in a beautiful ball towards the far-post which Mane nodded in.

Guardiola’s side had shown an inability to contain Salah, and were once again unable to stop the Egyptian being instrumental in the build-up to a goal.

City needed someone to lead them from the back, and yet whilst the armband was given to the usually dominant Kompany, he was unable to play his part.

When Otamendi wandered from his defensive position, Kompany did not take the responsibility to fill in the space left in his absence, and struggled to communicate with his fellow defenders over the din from the Liverpool fans.

In comparison, Virgil Van Dijk played brilliantly and led the team from the back, conquering both aerial and pitch level battles.

He played his part in the counter-attacks by bringing the ball out of the defence to ease the pressure, before and offloading to an attacking player or midfielder.

Unlike Kompany, when he dribbled into the midfield area, either James Milner or Jordan Henderson always moved into a more defensive position to ensure defensive stability.

What a night🤩 Dream come true to play in one of those special nights at Anfield🔴 We go again next week💪🏽🤘🏽🔴 #YNWA #66 pic.twitter.com/RFMRhSdxXr

Likewise, Trent Alexander Arnold and Andy Robertson also were flexible in their play. Not only did they prevent the likes of Leroy Sane and co from attacking Loris Karius’ goal, but they also made forward bursts themselves to add a extra dimension to Liverpool’s attack.

By contrast, Walker struggled throughout the game to deal with Robertson and Mane, while Laporte, a liability in the left-back position, only contributed to the defensive instability.

It seems odd for us to make such a judgement on this prolific City side based on one result, especially considering they have only lost four times in the entirety of this season, yet the fact that they were aware of Liverpool’s style of play and had their best defenders on the pitch, yet still struggled, proves that Guardiola still has a few kinks to smooth out in this City side.

They may need to boost their defence further over the summer, especially at left back, or attempt to nullify some of the attacking instincts in their defenders, otherwise, next season, the league title may not be so easily won, with teams realising that a ‘heavy-metal’ brand of football will be the style of play to overwhelm them.