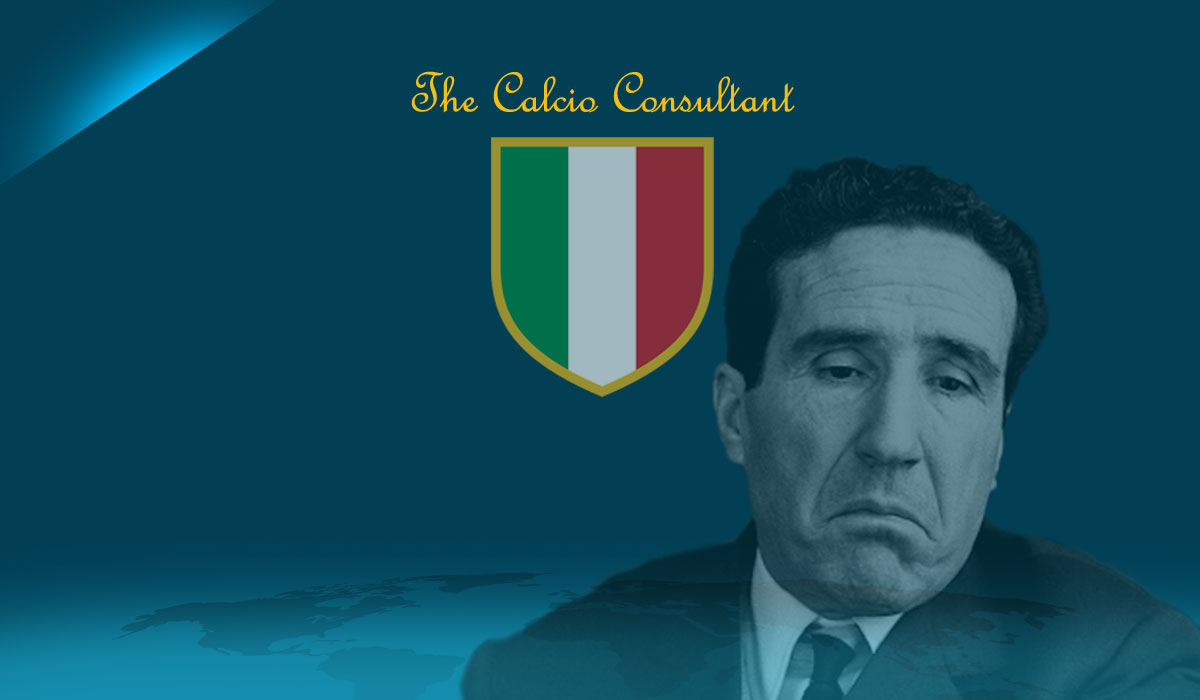 We just came off a weekend of football that Helenio Herrera would have been proud of.

Just 13 goals from the 10 games and 5 games ending in goalless draws.  It was the week that no one wanted to score goals, apparently.

If you watched Milan v Napoli, this was quite evident, save for a last second chance by Arkadiusz Milik and a first half stinger from Hakan Calhanoglu.

It was also the week that no one wanted to win, Juventus the only team in the top half of the table emerging victorious.

So seeing that Serie A didn’t provide us with a whole lot of drama and excitement, The Calcio Consultant is diving in on a variety of topics in this instalment.

The Rossoneri find themselves in 6th place, but rather than fighting for a Champions League place they are fighting off a surging Fiorentina for that remaining Europa League spot.

This is thanks in part to 6 points dropped in their last three matches and just one goal scored (draws with Inter, Sassuolo and Napoli).  You have to think a reliable goal-scoring striker would have solved each of those defenses, and Milan would be hot on the heels of Lazio and Roma for a return to the competition that Adriano Galliani once said is in Milan’s DNA.

The striker position has been a carousel of sorts where Patrick Cutrone, Nikola Kalinic, and Andre Silva have each gotten their shot.  None of them have lived up to a standard that would make opponents fear them.

Kalinic has gotten most of the playing time out of the three in league matches, and an over-reliance on him to come good has Rossoneri faithful less than satisfied.

Here are the issues with each of the strikers and perhaps an explanation why their lack of production has inhibited Milan’s trajectory.

Patrick Cutrone is young and inexperienced.  He’s the striker out of the three that has been thrown to the wolves. While he made an impressive start to the season, he did so against inferior competition.

First signs that he wasn’t really ready was the 4-1 defeat at Lazio, where Cutrone was nowhere to be found in Milan’s attack. He’s popped up for some important goals since then, but not enough to be considered prolific.

Andre Silva is in Serie A for the first time, and it was going to be an adjustment period. Most strikers that come to the peninsula from other leagues tend to stumble out of the blocks, even in an era where goals are in surplus.

Edin Dzeko in particular had a disappointing first season at Roma, but would follow that up with winning the Capocannoniere in his second season with the Giallorossi. You’ll be hard pressed to find many strikers that join Serie A and shine from the off.

That said, I expect Andre Silva’s second season to be the one where the return on Milan’s investment in him kicks in.  It also hasn’t helped that he’s seen the least of the opportunities among the strikers for Milan this season.

Nikola Kalinic is the striker of the three that came into the season with the most Serie A experience.  On the one hand, he proved prolific with Fiorentina scoring 15 goals in 33 Serie A appearances last season.

Milan brought him in on loan with hopes that he could at least match that strike rate, and it just hasn’t worked out. If you watched Milan’s games this season, the confidence is just not there and Kalinic has missed plenty of easy scoring chances this season.

It’s been puzzling, but despite the previous success Kalinic was also in a tussle with Khouma Babacar for playing time at La Viola too.

What we need to be reminded of is Milan’s failure to secure a bigger name striker last summer.  This was a side linked to Alvaro Morata, Pierre Emerick-Aubameyang, and Andrea Belotti.  The Rossoneri struck orut in getting any of them and it seems as if they panic purchased in bringing in Kalinic (even as a loan deal).

With the strikers Milan ended up with at their disposal, they’ve done a lot of throwing what they could at a wall to see what would stick.  Nothing has stuck, and if there is money to spend in the summer, a striker should be priority.

THE NOVELTY HAS WORN OFF

Sampdoria was the darling side throughout 2017; a run that started in the back half of the 2016-17 season and carried on in the beginning of the 2017-18 season.

Topped off with a 3-2 win over Juventus back in November, the Blucherati were looked at as the it side that would ruin the prospects of some of the big name teams in this league and maybe snatch a Champions League place.

That was then, this is now.

Bitterly inconsistent over the last four months, Sampdoria sit 9th and while they’re only 5 off the European places, they also sport the worst defensive record of all the teams in the top half.

Emiliano Viviano in particular has been awful in goal down the stretch. Too much reliance on Fabio Quagliarella to come through with the goals has taken its toll, and Marco Giampaolo’s 4-3-1-2 system appears to have been found out. All-everything midfielder Lucas Torreira still performs at a high level for the Blucherati, but the rest of the squad seems to have fallen off.

Samp’s away form in particular has been brutal; their last 10 away matches only producing 7 points. It’s not like Marco Giampaolo’s men have had a brutal stretch of away matches either.

In their travels, Samp have been charitable to the like of relegation strugglers Benevento, Crotone, and Chievo; surrendering nine goals in those three defeats. In their last eight overall, a win at Atalanta stands out in a run that’s been otherwise disappointing.

Marco Giampaolo might need to start demonstrating some flexibility and freshen things up a bit, if Sampdoria are still to have a chance to snatch a Europa League place for next season.

THE TREE THAT FELL IN THE FOREST WITH NO ONE AROUND

I can’t think of a quieter nine match losing streak than the one Udinese is on. In fact, the Zebrette’s one win in their last fourteen matches has to be the quietest run of futility I’ve come across.

Maybe the fact that Benevento set a more glaring win-less run is why we’re not talking about Udinese more?

We were entering 2018 with the notion that under Massimo Oddo, Udinese were looking the part of a team that could snatch a European place.  Amazing what four and a half months can do to a season, as the Friuli outfit have gone from that to now trying to stave off being in the relegation mix. Udinese went from winning five straight Serie A matches (including a win at Inter) in December to just one lonely win at Genoa since the calendar turned.

So what happened? Some of this is catching teams in good runs of form; as losses to Lazio, Torino, Roma, Juventus, Atalanta, and Fiorentina would indicate. However losses to strugglers like Sassuolo and Cagliari make this all the more puzzling.

For starters the goals dried up. Udinese have only hit the net eight times in this 14-match run of futility.  Kevin Lasagna has been the bright spot of the attack but the Zebrette clearly need more. Those called to do the play-making; Rodrigo De Paul, Jakub Jankto, and Antonin Barak have all suddenly found bad patches of form.

It can also be down to a case of too many cooks in the kitchen.  Oddo has been rotating a lot over the last several weeks, especially in his midfield.  Udinese have a lot of young players sprinkled with some experienced ones (Valon Behrami for example), and it appears Oddo is giving everyone a shot to see who should be fitting in his future plans. Problem for Oddo is that his employers aren’t very patient people and he could get sacked before this season is up.

We’re getting more critical of Napoli and Maurizio’s Sarri’s lack of rotating throughout the season.  Maybe we need to get critical of Oddo rotating too much.

Oddo needs to settle on a lineup and stick with it, or else he could find himself out of a job and Udinese could find themselves in a relegation dogfight.  Something that was inconceivable at Christmas.