Sterling Performance: The Rise Of Raheem 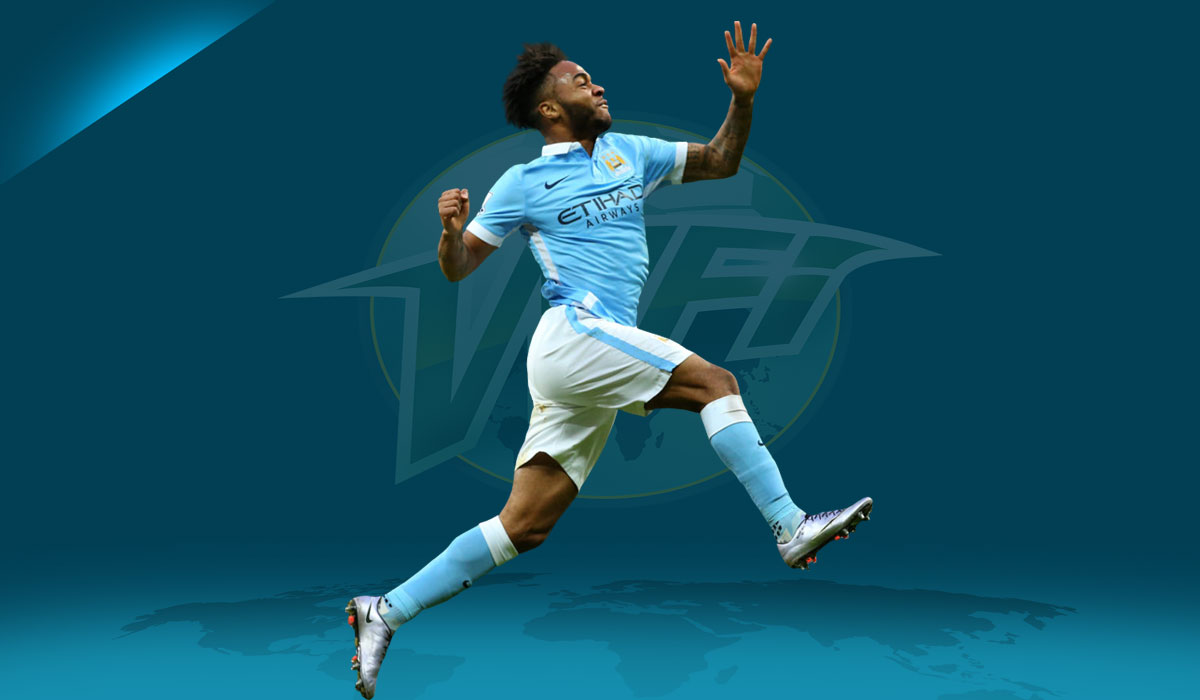 Manchester City are one win closer to clinching the Premier League title after a 3-1 victory over Sam Allardyce’s Everton, featuring an absolute masterclass from their attacking players.

One man’s performance which stood out from the rest, was Raheem Sterling’s.

The 23-year-old had already made headlines last week following impressive performances in an England shirt against the Netherlands and Italy.

Yet, against Everton yesterday, he proved exactly why he should have a seat on the plane to Russia and why he is a pivotal asset to Pep Guardiola’s Man City side.

With the spotlight already on him, Sterling’s slippery play caused havoc for the Everton defenders from the start.

He showed great positional and spatial awareness, finding himself in pockets of space that could be exploited by the passing of Leroy Sane and Kevin De Bruyne.

Not only did he make himself available for their inbound crosses, he also made space for himself through cute turns on the ball, as well as dropping the shoulder on defenders before accelerating away from them.

This allowed him to attack Jordan Pickford’s goal on a few occasions, but luckily for his fellow Englishman, he did not get any on target in the first 30 minutes of the first half.

City scored two early goals before this period in an early barrage that Sterling wasn’t involved in, including a scintillating volley from Sane and good finish from Gabriel Jesus.

But Sterling’s moment to shine came in the 36th minute when he found himself on the end of a De Bruyne cross, outpacing the Everton defence to make sure he was in the right place at the right time.

He netted his 21st goal of the season, finding the bottom left-hand side corner of Pickford’s goal to put City 3-0 up.

He took the same qualities displayed in the first-half into the second, using his pace to remain on the hunt for passes from City’s creative hub, as well as finding pockets of space to exploit.

Despite Everton getting a goal back through Yannick Bolasie and Sterling being substituted by Guardiola in the 63rd minute, he had already contributed enough for the hour he’d been on the pitch to allow City to easily grab another 3 points.

And this wasn’t a one-off performance for Sterling. Quietly, and in the background, whilst the likes of Aguero and De Bruyne have taken centre-stage throughout the season, the ex-Liverpool winger has been developing himself,  and it can be argued that he has benefitted the most from the ‘Guardiola way’.

Under the tutelage of the former Barcelona and Bayern Munich boss, he has improved in all departments of his performance, and he himself has accredited this recent flourishing to his manager. He has shown more confidence and awareness in his final product, and this has even been recognised by England manager Gareth Southgate.

Guardiola’s tactics have also allowed him to roam away from the right-hand side due to the inclusion of Kyle Walker as an attacking right back. He has been in the centre of the action, where he is more likely to score goals.

Raheem Sterling has now scored as many goals this season (21) as he managed in his two previous Man City campaigns combined.

This was evident in his performance against Everton, where at he adopted a more central position that allowed him to get behind the Everton defence. Meanwhile, Walker dominated the right wing.

Yet the most important thing Guardiola has helped Sterling develop in his self-belief. Whilst many were scapegoating him after England’s departure from the 2016 European Championships, Pep allegedly sent him texts of reassurance, and 2 years later, the development in confidence and therefore improvement in performance gives us evidence of this.

Let’s face it, a team of Man City’s calibre against a depleted and sub-par Everton side, were always favourites to collect three points.

There is no denying that Sterling is a fundamental player in this side, and his quiet development into one of the best-attacking players in the League has aided them on more than one occasion.

The Catalan’s part in this progression ensures that he will also be an asset to the international set-up, and by the time the World Cup comes around this summer, England will need him to continue his club form.

He needs to put in displays such as those shown against the Netherlands and Italy last week, if they’re to be in with a chance of qualifying beyond the semi-finals.