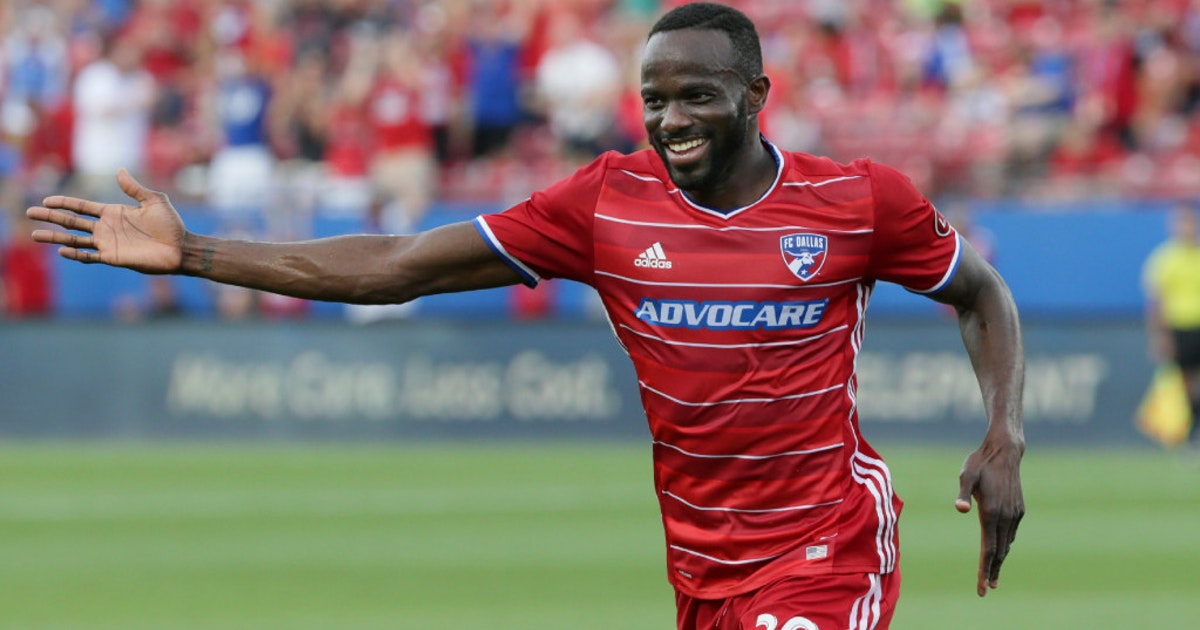 James Rowe spoke to Belgian midfielder Roland Lamah about his time at Osasuna in Spain, playing for Ferencvaros in Hungary, and of course his current club in United States — FC Dallas.

You signed for FC Dallas in 2017. How are you enjoying your time in MLS?

I am very happy here at FC Dallas. I always wanted to play in MLS, and when I was offered a contract by FC Dallas I did not hesitate in signing it. I am now in my season here and I am very happy both on and off the pitch.

You played many matches for Le Mans in France between 2008- 2011. How do you look back on your time there?

I really enjoyed playing for Le Mans. It was my first foreign transfer. Le Mans are known for Didier Drogba having played for them. Speaking French was also very easy for me and helped me settle, and I appreciated my time there.

Le Mans have a solid foundation and are a good club that have many young players. It’s like a family club and they provide a great springboard to go on to bigger clubs in France and in Europe.

You went on to play 3 seasons for Osasuna in Spain between 2011 and 2014. How was it for you personally, to play in such a strong European league?

I think my time in Spain is where I enjoyed my football the most. I really like La Liga. There are many good teams Real Madrid, FC Barcelona, Atletico Madrid, and Valencia CF, with many skilful players.

I met many good people at Osasuna and I learned a lot during my time there.

One of my best memories was when I scored in the Vicente Calderon in a 3-1 away defeat to Atletico Madrid. We played well in that game and it was special for me to score in such a stadium.

You signed for Hungarian team Ferencvaros in 2014, winning the Hungarian league and the Hungarian cup. How do you look back on your time with the biggest club in Hungary?

In my life and in my career I like to win, and I try to win something at every club I go to.

When I received a call from Ferencvaros manager Thomas Doll about the possibility go to Hungary I was unsure at first, but it was a very successful time where we won a lot of trophies.

I ended up really enjoying my time in Hungary and I appreciated the supporters of Ferencvaros, and also my teammates. I hindsight it was a great decision that I made.

Can you say who is the best player you have played with so far in your career?

I have played with many great players during my career so far, but at Le Mans I played with Gervinho who played for Arsenal and AS Roma, and he has many qualities in terms of speed and one on one situations.

Jonathan De Guzman was my teammate when I was at Swansea City, and he is a great guy and a player of top quality who could always give many assists and take accurate free kicks too.

I remember when I played for Le Mans and we played against Paris Saint Germain, I came up against Ceara, their Brazilian right back, and it was so difficult to play against him. He was so strong and it was always a tough battle.

Dani Alves is a tremendous player too. I played against him for Osasuna v FC Barcelona, and that FC Barcelona team under Pep Guardiola was a wonderful team with fantastic players.

If you managed to get past Dani Alves you then came up against Gerard Pique and Javier Mascherano, and that was so difficult.

I did not play too much at Swansea City when I played in England but current Manchester City defender Kyle Walker stood out for me when I played against him when he was at Tottenham Hotspur.

Finally Roland who are the managers that have helped you during your career?

There are three managers that stand out for me in terms of what they have done to help me in my career.

Firstly, at Anderlecht when I was very young, I had Franky Vacauteren. He brought me to the club from the Belgian second division, and put a lot of trust in me and I also learned a lot from him.

Secondly when I played for Roda JC in the Netherlands my manager was Raymond Atteveld, and he was so honest when accessing your performance. I remember he subbed me after 25 minutes during a match against Heracles Almelo whilst I was the top scorer that season, and I could not understand why.

We spoke about it afterwards, and in the following match I ended up playing a fantastic match so such a decision from a manager can also spur you on as a player.

Finally Thomas Doll is a great manager, who is also very honest and tells you things to your face. We still have contact now and I went to watch Ferencvaros v Videoton last December, and he was so happy to see me.