Schalke Seal Second & The Dino Are Not Yet Extinct – Bundesliga Zeitung 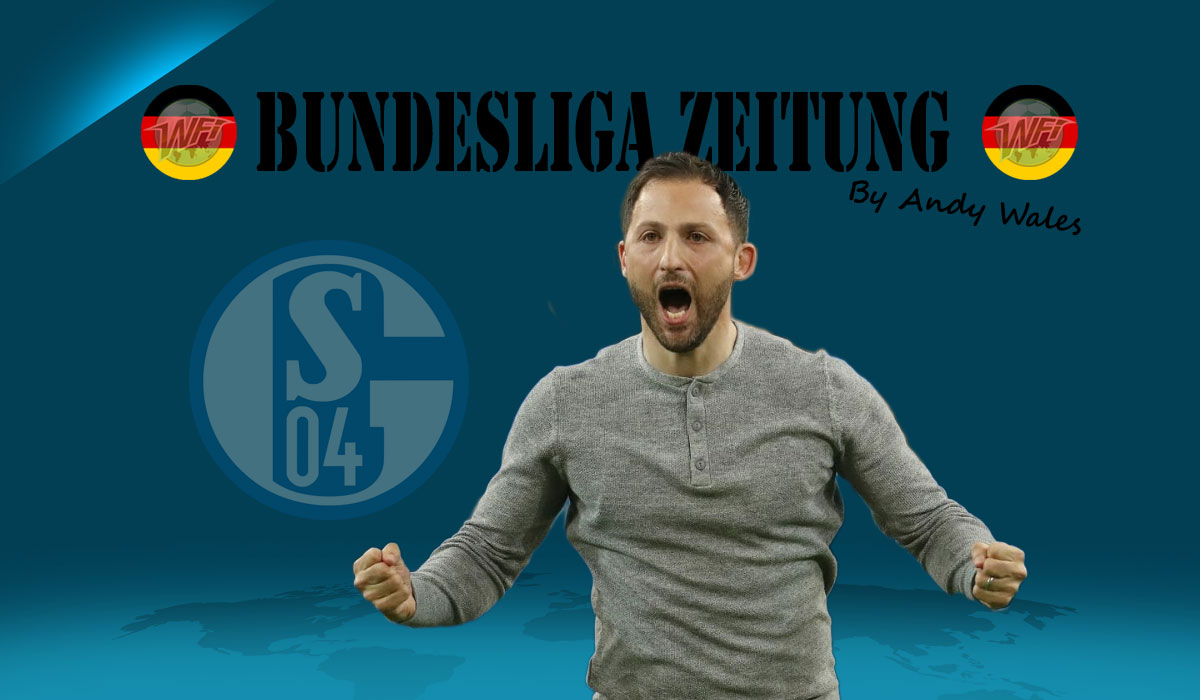 As this interesting Bundesliga season draws to a close there are still places up for grabs at either end of the table.

It’s fair to say there’s more to play for near the top, but there’s nothing decided just yet at either end.

One place that has been confirmed is second. Schalke crowned their impressive and positive first season under coach Domenico Tedesco by securing Champions League football next season after winning 2-1 away to Augsburg.

It’s an achievement that should not be underestimated, but equally needs to be taken somewhat in context. The stuttering and faltering of last season’s high-flyers RB Leipzig and bitter local rivals Borussia Dortmund have also helped.

However, Tedesco has done a fantastic job and will require summer reinforcements to not only replace the departing Max Meyer and Leon Goretzka, but also improve the squad that will be tested on two fronts next year.

With second place all sewn up, the expectation was for Dortmund to beat strugglers Mainz at home and confirm their place in next year’s Champions League. Incredibly though, it was the visitors who raced into an early two goal lead and managed to hang on to a famous 2-1 win that secured their Bundesliga status.

The only consolation for Dortmund is that Bayer Leverkusen could only manage a goalless draw with Werder Bremen, and Hoffenheim went down to a 2-0 defeat at Stuttgart thanks to a Mario Gomez brace.

All this leaves Dortmund still in the driving seat with a three point advantage over both Leverkusen and Hoffenheim. Leverkusen are currently fifth on goal difference and play host to Hannover on the final day.

Undoubtedly though, the game of the final day will be at the Rhein-Neckar-Arena because, as fate would have it, Hoffenheim take on Dortmund.

A final day showdown for a place in the Champions League is a marketing dream. With the points and goal difference involved, the permutations are numerous but simple for Dortmund: a draw is enough to guarantee them third place and could possibly be enough for Julian Nagelsmann to lead Hoffenheim into the Champions League.

If it weren’t for of all the goals that Dortmund scored at the beginning of the season, they would be in a much worse position right now. We atleast have a better goal difference than Hoffenheim and Leverkusen. pic.twitter.com/ipYvO8LV0y

All will depend on how Leverkusen perform at home, though the expectation will be that Die Werkself defeat Hannover. It’s actually plausible that Leverkusen could win, yet still finish fifth. The possibilities are too many to list and to be honest, can become too complicated without the aid of an Excel spreadsheet!

The prospect of defeat and finishing outside of the Champions League positions for Dortmund is an uncomfortable one. The rumours have already begun to circulate that it will be Peter Stöger’s final game in charge, with Lucien Favre ready to take over.

The current Nice and former Borussia Mönchengladbach boss has apparently reached agreement with Dortmund and will take over in the summer. He was apparently the first choice of BVB CEO Hans-Joachim Watzke and Sporting Director Michael Zorc last summer, but Nice blocked the move and Peter Bosz was appointed instead.

It’s another layer of interest to what is already a fascinating game. Yellow and Black fans will hope it doesn’t prove to be a distraction.

Meanwhile, at the other end of the table, Mainz have, as already mentioned, ensured safety with victory over Dortmund. Freiburg only need a draw at home to Augsburg on the final day to guarantee their place in the Bundesliga next season.

Behind them is where things get interesting because Wolfsburg suffered a 4-1 thumping at the hands of Leipzig and even though Hamburg also lost emphatically at the hands of Eintracht Frankfurt, just two points separate the sides heading into the final day.

Wolfsburg host the already relegated Köln, whilst Hamburg are at home to Mönchengladbach in the ultimate must-win game. Recent form suggests that the seemingly impossible escape for Hamburg could still happen.

Wolfsburg can’t buy a win, whilst the late resurgence from Hamburg is almost reminiscent of their brushes with relegation in recent years that has seen them narrowly escape the drop. The Dino are not yet down, but they are teetering on the edge, and  the famous Volksparkstadion clock could be reset to zero, as Frankfurt fans teased this past weekend.

Quite simply, top and bottom, match day 34 promises to be the most dramatic in this Bundesliga season.