Can Sampaoli’s Argentina Be More Than Messi? 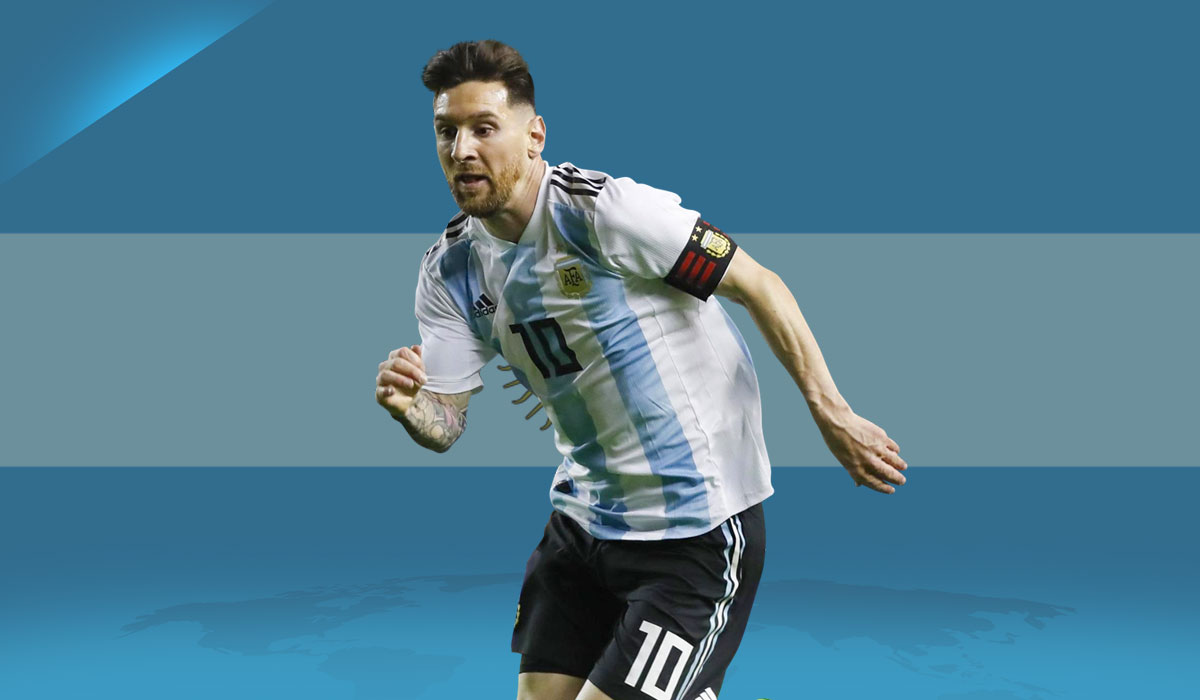 Argentina are one of the greatest footballing countries of all time.

Blessed with a rich footballing history and extremely passionate fans, you would think that they should be challenging for the World Cup in the summer.

Argentina go into Russia with pessimism rampant amongst their fans, and none of the players (apart from the obvious — Lionel Messi) knowing whether their place in the starting XI is secure or not. Not exactly the pristine recipe for success.

What may instil some hope into Argentinean hearts, though, is the fact that they tend to perform well when the situation looks bleak. Their most famous World Cup win, in 1978, came at a time when the country was in turmoil and the Junta were using the football team as a propaganda machine.

Under immense pressure, the players stepped up and delivered the cup on home soil.

Now with the team under pressure in a different way, we can only wait and see how they react.

The man leading Argentina through the World Cup will be Jorge Sampaoli. The notoriously eccentric Marcelo Bielsa disciple took over after Edgardo Bauza’s failure to lead the team adequately through the qualification campaign.

While Sampaoli is a proven manager with plenty of experience and guile, it was hard on the players to acclimatise to such a dramatic change in playing style.

From the defensively oriented style of Bauza to the high intensity, all-out attack demanded by Sampaoli. Even now, with the World Cup just around the corner you get the feeling that the players are still adjusting to the facets of Sampaoli’s philosophy.

The manager has already stated that he will be using a 2-3-3-2 formation, which is very unconventional. Formations are merely numbers on paper, though, and the team relies on a lot of fluidity and interchanging of positions.

With the selections he has made, it’s like trying to fit square pegs into round holes. Every game, there is at least one change in position and role. Marcos Acuña and Eduardo Salvio have played as wing-backs or wingers, Messi has been a midfielder or as one of the two strikers, while Javier Mascherano has played as an anchor man or in defence.

There’s an air of confusion around the team and you can’t help but think how much of a negative impact that might have on the players’ mentalities.

Structurally, the team is extremely flawed too. There is an over reliance on Messi during build-up play. He is expected to keep the play ticking, create chances, and score them too! Even for a player of his quality it’s hard to do that every game especially when you are consistently man marked.

For a squad that is packed to the rafters with world class attacking options, you would expect better, but there is a random element to their play, for which the blame should largely be placed on the coach.

In terms of personnel in key areas, the squad is particularly weak in the defence and midfield. The best centre back in the team is Nicolás Otamendi, while he has had a brilliant season for Manchester City, it is largely due to the brilliance of Pep Guardiola and the meticulousness of his system which prevents Otamendi from committing errors.

Add Federico Fazio, who is extremely slow and who is very liable to being exposed in the Sampaoli system, and Marcos Rojo who has barely had any game time this season.

In the wide areas, Nicolás Tagliafico is a shining light. He burst into the European scene this season with Ajax and he should be a nailed-on starter. His backup is Acuna, another winger shoehorned into the wing back position, and a very fast player with a brilliant cross, but you can’t help but feel that he would be useful further forward.

On the opposite flank, the competition is between Gabriel Mercado and Salvio. The wing-backs in the current system are expected to go forward and penetrate the final third, which requires pace and technical ability. Mercado lacks both, and it feels like he would be better used as a rotational option for the centre back position.

The defensive midfield position is another which is extremely weak. Lucas Biglia, who is coming back from a serious injury and is yet to make the squad in any of the friendlies; and Javier Mascherano, who is past his best and currently playing in China.

If he is fit, BIglia should be the undisputed starter. The anchor man in this system is going to be exposed numerous times and he will need to cover a large area quickly, Biglia is a lot more mobile than Mascherano and he is a more progressive passer too.

The ‘hipsters’ were calling for Leandro Paredes, but he didn’t impress in the friendly games, and he is too defensively frail to perform the role.

Alongside those, the competition is between Gio Lo Celso and Éver Banega. Lo Celso is the more athletic, Banega is more skilled technically. Both have their strengths and weaknesses, but Banega fits the system well and is a lot more experienced at major tournaments.

In the advanced areas, it is near enough impossible to predict who is going to start. Sampaoli has tried so many options in differing positions, and he is yet to decide on the starters.

Cristian Pavón definitely deserves to be on the team sheet after his largely impressive performances in friendlies, providing three assists in the last five games for the National Team.

In addition to that, Messi talked about how much he enjoyed playing with Pavon after the Haiti game, which is an immensely important point. In order for the team to be as successful as possible, everything has to suit Messi perfectly and his partnership with Pavon could be devastating for the opposition.

The other options in the wide areas are Maximiliano Meza and Manuel Lanzini, who are both used to playing more centrally, and Ángel Di María who’s travails for Argentina are extremely well documented.

Meanwhile one of the two forwards will probably be Messi, performing in a completely free role devoid of any defensive responsibility, and free to roam the pitch.

The other should be Sergio Aguero who, compared with Gonzalo Higuaín and Paulo Dybala is the most mobile striker.

Sampaoli requires the forwards to press endlessly and Aguero has first-hand experience of that from playing under Guardiola. In addition, he has a good relationship with Messi on and off the field.

The rotational options could have been better, with Higuaín failing to perform every time he pulls on the blue and white stripes, Lautaro Martínez could have added a lot more to the squad with his pace, boundless energy, and clinical finishing. He would have been the perfect option to have on the bench.

Finally, the Goalkeeping situation. With Sergio Romero the first choice out for the World Cup three keepers are fighting it out to secure their spot in the first team.

Franco Armani, who is arguably the best option, as since moving to Rive Plate he has established himself as the best keeper in the league. In addition to that he has been in world class form for the past few months. Willy Caballero will probably start but game time has been rare for him this season, and finally there is Nahuel Guzman who is liable to errors and inexperienced at the top level.

All in all, the near future looks bleak for Argentina.

If I was an Albiceleste fan, I would not be hoping for much. Quarter Finals are the upper limit of what they can achieve with this current squad unless Messi carries them on his back à la Diego Maradona.

There is a lot still to be decided and confirmed, and things may just click in Russia, but the possibility of that is minimal.

For now, all of Argentina’s hopes lie with Messi.