Marcelo Saracchi – The Uruguayan Left Back Set For RB Leipzig 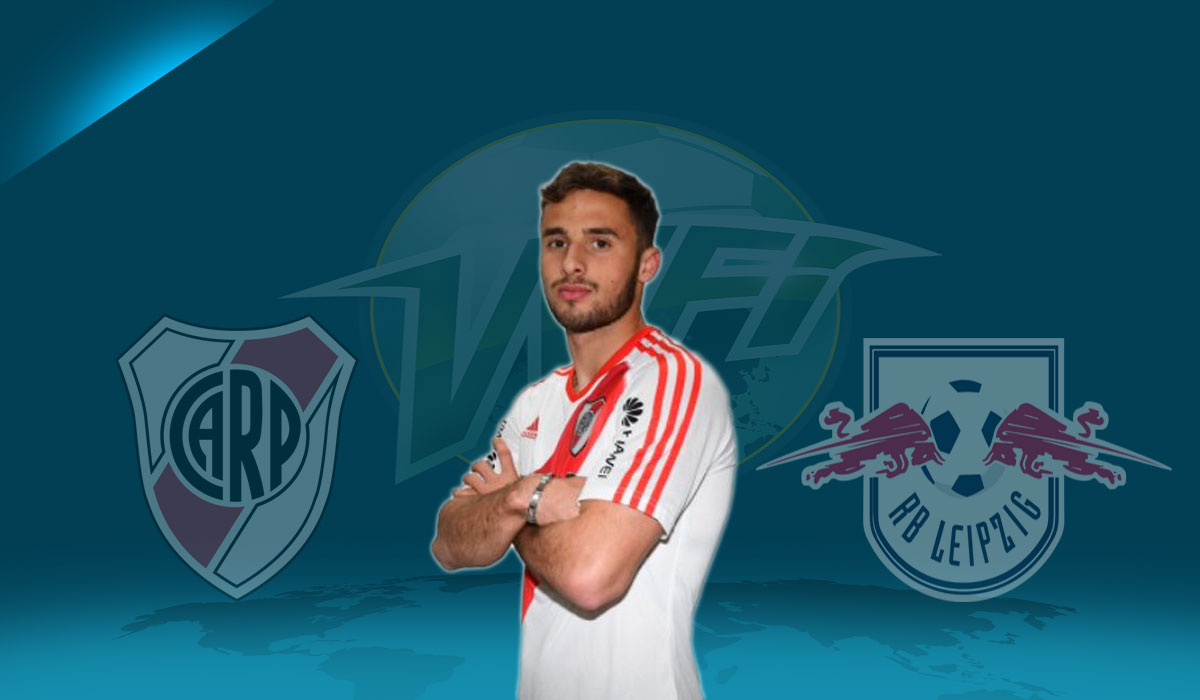 Sources at River Plate confirmed on Monday night that the club has received an offer of €12.5m from RB Leipzig for left-back Marcelo Saracchi. The club and player are both eager for the deal to happen. This will make him the latest young Uruguayan to make his way across the Atlantic to the Old Continent.

Saracchi is just 20 years old and may himself be surprised at how quickly his move to the Bundesliga has come around.

Twelve months ago, he was an upcoming left back/winger at Danubio, a team in Montevideo almost unknown outside their own continent.

Then, his lucky break came. He was spotted by one of South America’s biggest clubs, River Plate, who have a tradition of snapping up young Uruguayan talent.

This habit is largely explained by the fact their Sporting Director is one of Uruguay’s all-time greats Enzo Francescoli. In addition to this their current manager Marcelo Gallardo spent time as both a player and coach of Nacional, one of the country’s two traditional giants. His links in the Uruguayan game run deep.

Saracchi was brought to the Argentine capital in August 2017 for around US$1.9m firmly with future development in mind. However, things accelerated at a speed no one had anticipated.

Within 20 minutes of his debut at El Monumental in September, he was flying up the left wing and creating problems for the opposing defence, immediately displaying the attacking flare that the 60,000 crowd at River Plate adore and demand.

He very quickly dislodged River’s previous first-chocie left-back Milton Casco and became the club’s number 3 for the latter stages of the Copa Libertadores.

During 2018 he has played most of River’s domestic and continental campaigns which has enabled fans to clearly identify his strengths and weaknesses.

On the plus side, he has proven himself against some of the most formidable attackers in Argentine football.

During both the summer friendly and the 2018 Super Copa, Saracchi came up against the talented and very pacey Cristian Pavón of Boca Juniors, a man with a US$37m release clause who is now an integral part of the Argentina squad.

However, Pavón was unable to create the havoc he has caused other teams with his tricky movement on the wing. Saracchi was able to keep him quiet in both encounters by starving him of possession and frustrating Boca’s young star.

On the down side, his moves forward are often imprecise and unsuccessful.

His current coach Marcelo Gallardo has a vision of the game where the full-backs are an essential piece of the attacking threat, providing much needed width. Thus, Saracchi is urged to get as far down the left-wing as possible, overlapping the midfielders and offering another option as the team breaks forward.

This has created two main problems. Firstly, his deliveries are not of the standard required for one of Latin America’s biggest clubs. Far too often his crosses sail out for a goal kick or throw, or are simply dealt with easily by the defence.

The second problem is positional. As the full-backs burst forward, the gaps they leave in behind them can be exploited by opponents, something which Gallardo’s River side have suffered time and again this season as the two wide defenders struggle to balance their attacking responsibilities with their defensive ones.

In conclusion, you could say his imminent move to one of the most competitive leagues in the world is well deserved. He is quick, talented, and potentially has a great future both in Europe and with his national team back in Montevideo. Some who have watched him in Argentina for the last year see it as a little premature however, as he may have benefited from another 6-12 months developing at River Plate before having to face the likes of Bayern Munich and Borussia Dortmund.