Were India Banned From World Cup 1950 For Wanting To Play Barefoot? 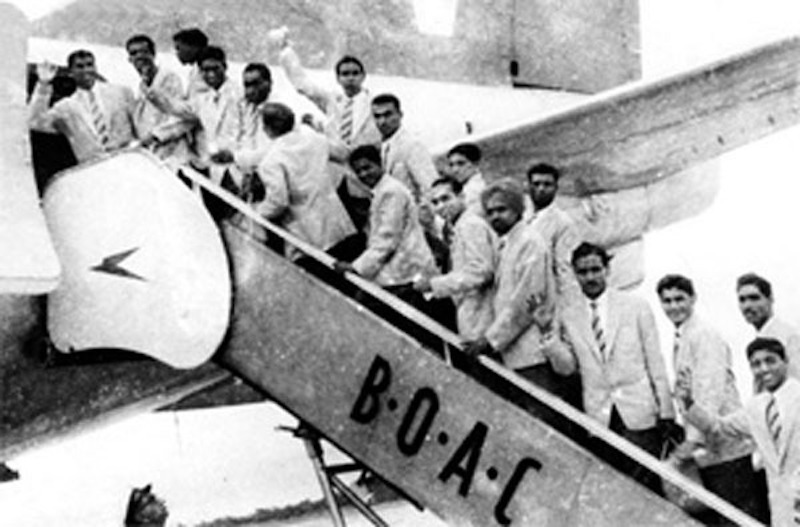 Brazil 1950 was the fourth instalment of the competition that has now become the pinnacle of the game.

Thirteen teams participated in a tournament that culminated in Uruguay winning their second World Cup. The prelude to the event was surrounded with stories of many teams refusing to participate or being turned away.

One such team was India. They had qualified for a World Cup for the first time but they did not take part.

The reason for their absence has often been attributed to them refusing not to play barefoot, however, this article will explore that this may not be the full truth.

India had qualified for the World Cup as the best team in Asia, and they were due to be in a group with Italy, Sweden and Paraguay.

The Indian team was well equipped to compete against all their opponents. Paraguay were the weakest team in the group and they finished bottom without winning a game. India would have stood a strong chance against them.

Sweden would have provided a sterner test for India as they finished unbeaten at the top of the group, scoring five in two group games.

The Italian side were travelling off the back of a team tragedy that saw eight Italian players die, this damaged their quality and their mental state.

It is hard to predict or presume what could happen in any World Cup, especially after watching the shocks in this year’s World Cup group stage, but it is fair to assume that India were in a strong position.

They had enough quality to impress in their first World Cup, but they didn’t participate in the finals.

India’s football heritage is not particularly renowned. Participation in Brazil would have lifted their game to a much bigger level and provided the players and the nation with much greater footballing exposure.

As mentioned earlier, India were not the only team that did not participate in 1950, as despite FIFA desiring a 16-team tournament only 13 contributed. India joined France, Turkey, Austria, Scotland and Argentina, who all refused for differing reasons.

The failure to secure these teams led to FIFA pursuing other nations in a desire to make it the most broadly represented World Cup. One of these new nations were India, and so FIFA approached the AIFF (All India Football Federation) asking for Indian involvement.

The possibility of attracting a country as big as India was exciting for FIFA. They wanted Ghandi’s India to be involved on the world stage. India were the only Asian team to be approached and FIFA offered to pay their travel expenses to get them to Brazil. This illustrates how desperate they were to get India involved, and makes it even more confusing as to why they did not accept the offer.

Reasoning for this absence has been placed on a variety of factors. It was certainly not through political intervention, the Indian government never opposed India’s entrance and their Prime Minister of the time encouraged the use of sport to inspire national pride and identity.

It appears that the main reason was the AIFF delaying a decision on whether they would attend, this delaying tactic provided them with free travel courtesy of FIFA, and perhaps they were waiting for further benefits before the opportunity ultimately passed them by.

One reason for this delaying tactic was the financial burden of purchasing boots for all their players. FIFA rules entailed that all players must wear boots, which Indian players weren’t accustomed with.

They had desired to play barefoot but were point blank refused.

It must also be mentioned that the World Cup in 1950 was nowhere near as important as it is today. When viewing anachronistically it seems ludicrous for any nation to refuse to play in the World Cup, but the tournament was not as prestigious in only its fourth instalment.

Many nations, including India, chose to focus on domestic international fixtures and the Olympic Games. The AIFF were worried that participation in the World Cup would mean their players would be perceived as professionals, and only amateurs could play in the Olympic Games so they did not want to jeopardise that opportunity.

As well as this, the only means that teams could travel to overseas tournaments was by boat, so the huge journeys that teams as far away from Brazil as India would have had to endure, only reduced their interest further.

Indian football only lasted 70 minutes, too, therefore they were worried that they would be punished for a lack of fitness throughout the tournament. This comprehensive list of issues make India’s refusal to take up FIFA’s offer to participate in the World Cup more understandable, but some of the reasons seem rather trivial.

Despite these negative factors, the Indian players were still amateurs and they would have been accepted to play in future Olympic Games if they had travelled to Brazil for the 1950 World Cup.

Although the journey would have been gargantuan, FIFA had offered to pay so the AIFF would not have lost any money. It appears that if they had agreed to wear boots then everything was in place for them to play in the World Cup.

Everything else feels like an excuse, or perhaps they were hoping for FIFA to continue to offer handouts, but they stalled for too long. The AIFF must shoulder a lot of blame, and are the main reason India have never participated in a World Cup.

It is hard to assume or predict, but who is to say that had India played in Brazil then their game would not have been lifted tenfold, instead they sit in 97th place in the FIFA rankings, and look back at Brazil 1950 as a huge missed opportunity.

Pete is 23 and from Liverpool. He's just finished an MA in History, specialising in Football History. A connoisseur of Merseyside Football looking to broaden his footballing horizons. You can find more of his work here https://peterkj.wixsite.com/football-historian.