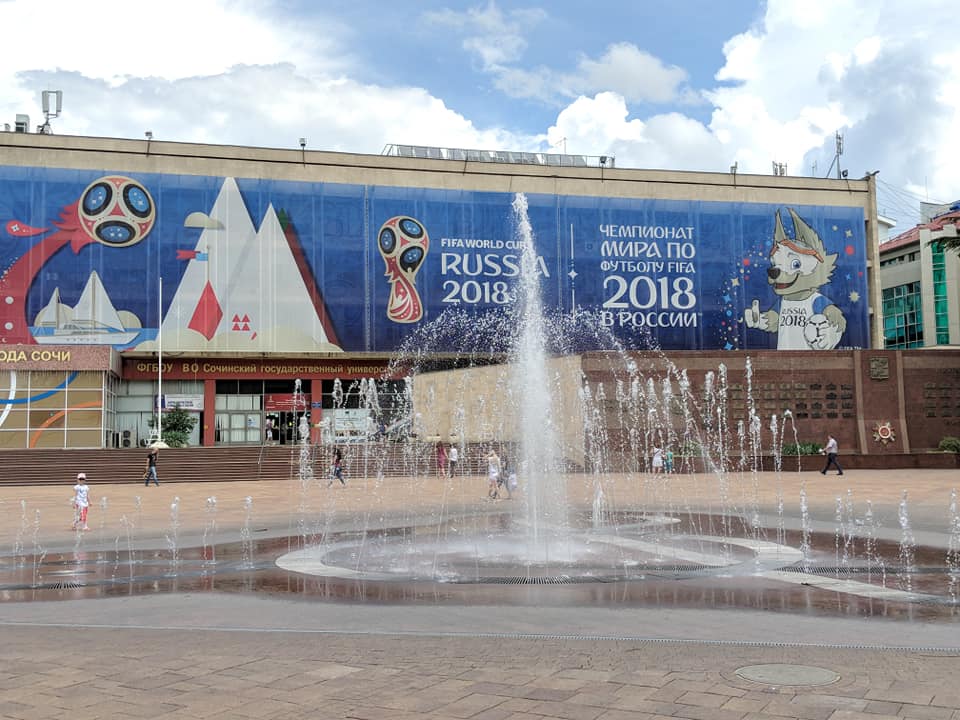 Some normality returned to the World Cup when the hosts exited the tournament, but there were also more shocks as favourites Brazil samba back home.

In a tournament so hard to predict, yours truly was a perfect four-for-four in my predictions for the quarter finals.

How will my Semi-final predictions turn out?

I thought Edinson Cavani would play. He did not and Uruguay struggled to break through the French defence. Without Cavani, the French team just had to focus on Luis Suarez.

For all the defensive lapses France had in the round of 16, Les Bleus figured it out quickly and looked class in the process.

It’s not to say Uruguay didn’t have their chances, ask Diego Godin about that. However, Hugo Lloris was always there making saves when he needed to.

France has their biggest test yet coming up in the semi-finals, but so do their opponents. France have the talent and are starting to look like the team I picked at the very beginning of the tournament.

Many people are throwing out their brackets because Brazil were their pick to win it all. I’m not going to say I told you so, but  I told you so.

I have been beating this down your necks all tournament. Something was off with this Brazil. Leave it to them when they finally started to peak my interest after dismantling Mexico, they go and do what I thought they would do all along. Lose early.

It’s not their fault. KDB, better known to everyone as Kevin De Bruyne, is to blame. Eden Hazard and the rest of the Red Devils as well.

This is a nasty team. So talented and young. With the ginger pulling the strings Brazil had no chance. Okay that isn’t true. Thiago Silva missed point blank early in the match and Paulinho will rue the chances he missed.

Brazil did finally get on the board when Renato Augusto was subbed on, but it wasn’t enough. I’m pretty confident that had Brazil scored a second, Belgium would have scored a third.

What was missing for Brazil? Neymar and Philippe Coutinho, who were suffocated out of the game by Marouane Fellaini and Alex Witsel.

Manchester United fans will have to re-read that last sentence. Even I had to triple check that, but Fellaini shutdown Neymar completely. He and his Red Devils will have to repeat that effort to get past their French cousins in the semis.

Cinderella, I apologize, but the clock has struck midnight.

What a run by Russia.

They didn’t crash out, but went out with heads held high. They took the lead early before Croatia countered. We were even through 90 minutes, and in that overtime period Croatia stuck the dagger we thought would see off Russia when Domagoj Vida scored his header.

Did the hosts wilt? No. They fought back and equalized through Mário Fernandes with five minutes to go in extra time.

Croatia and Russia would head to penalties for the second time in as many games. Lady luck would not be on the side of the hosts this time, however, as Fedor Smolov and Fernandes both missed from the spot and Croatia punched their ticket to the semis.

But let’s give Russia the credit they deserve.

This match was as tough for England as I expected, more so because Sweden made little attempt to attack.

England were also clicking offensively. They took the lead before half through a Harry Maguire goal, but the pièce de résistance was the beautiful team goal scored by Dele Alli in the 59th minute.

England were always in control and I am a little disappointed because this was not the normal tactic Sweden has used to get to this point. Defensive, yes. Not attacking? No.

England have had a fortunate draw so far, and will face their biggest test to date against Croatia. Is it coming home? We shall see.

2-1 to France. I picked France and staying with them, but this is a difficult choice. Both teams are worthy of lifting the trophy.

Two young, talent laden teams, and I am a huge fan of so many players on both.

The kryptonite for Belgium, in my point of view, is Roberto Martinez. He put on a masterclass against Brazil, but Brazil are no France.

Martinez will be the reason Belgium lose, unfortunately. Note that I would take France v Belgium Part II in the finals in a heartbeat.

2-1 Croatia. England and their no-fear youngsters will face their most stern test to date, and a test it will be. England have Harry Kane and a plethora of talented players who know nothing about the English curse. They know how to play and they do it well.

What they don’t possess is a world class midfield, and Croatia have Luka Modric and Ivan Raktic. They are class personified. They wouldn’t play for Real Madrid and Barcelona respectively, if they weren’t.

Both teams have strong goalkeeping, decent defensive and attacking options. Kane is the advantage on the offensive side of things, no question.

The difference, however, will be made with the two midfield maestros pulling the strings.

Either way, both would be fantastic stories and the winner of this will be heavy underdogs in the finals.

Cinderella was sought out and so was Goliath. What remains are four worthy teams. Two elite teams full of class players, one team finally playing like the elite team we thought they were, and an underdog that has a whole nation singing “it’s coming home”.

The semi-finals will be highly entertaining. Who’s ready?

Loading...
Newer Post
Were India Banned From World Cup 1950 For Wanting To Play Barefoot?
Older Post
VAR From Perfect At The World Cup – But Is Perfection Needed?