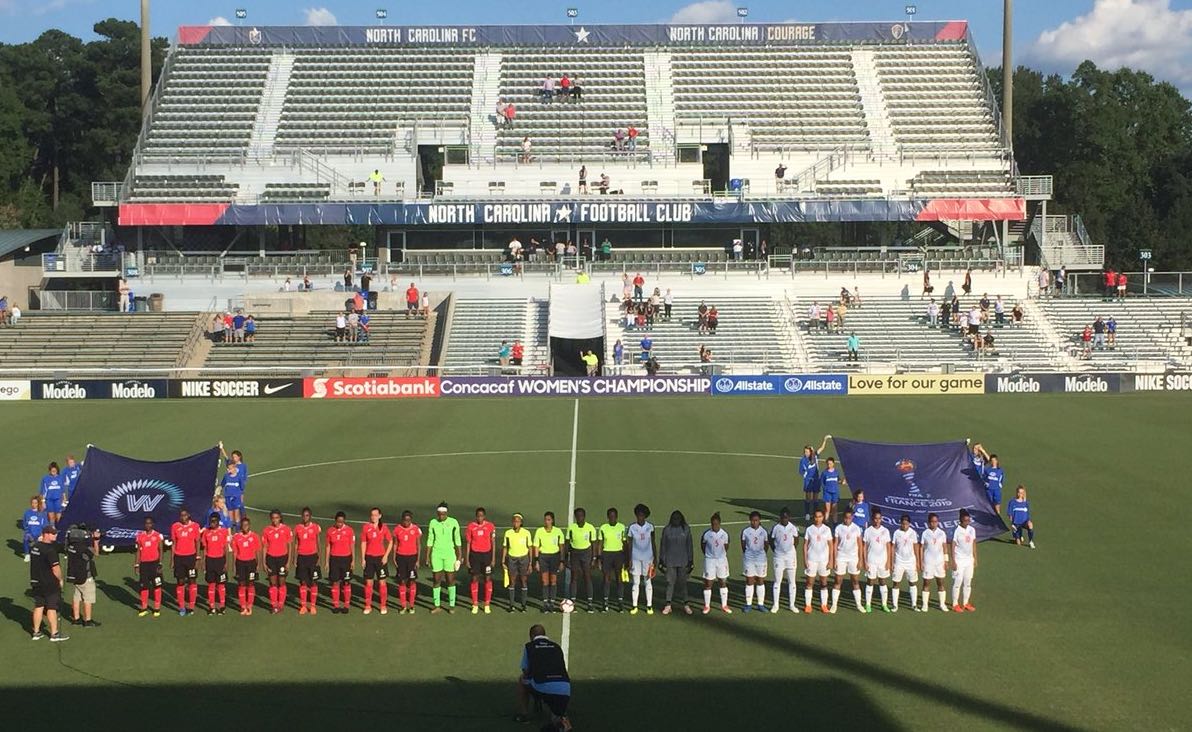 By Austin Miller in Cary.

Over two years after their last competitive contest, the United States Women’s National Team all but secured their spot in the 2019 FIFA Women’s World Cup with a resounding 6-0 win over Mexico in the opening match of the CONCACAF Women’s Championship.

Though the Americans, the top ranked team in the world and the defending World Cup champions, still need to formally advance from their group then win either a semifinal match or two-legged playoff with Argentina, they will be heavily favored in every match between now and next June and showed no signs of easing off the gas.

With the Americans looking like their usual world-beating selves, the drama in Group A now centers on Mexico: a three-time World Cup participant who must bounce back from their thrashing at the hands of their neighbors to the north if they are to make it a quartet of World Cup appearances. 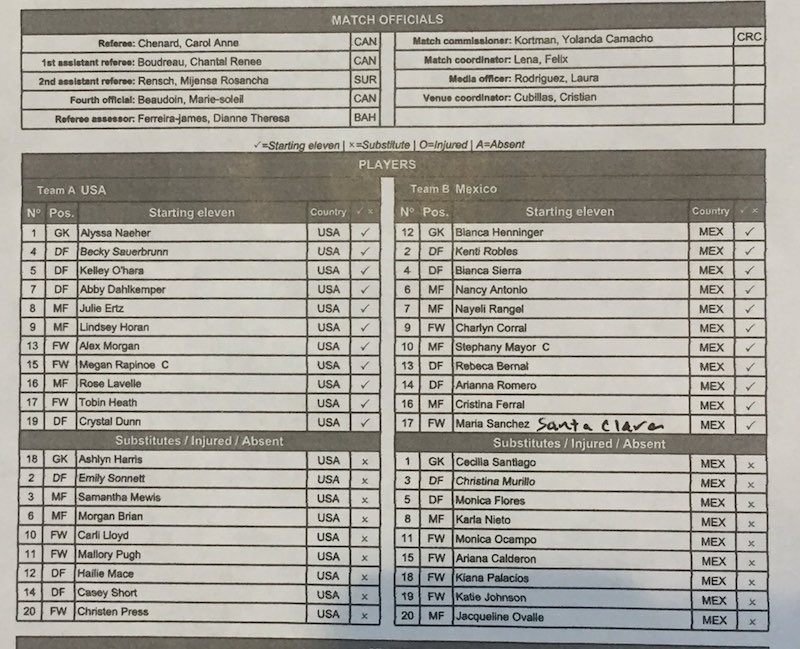 A competitive Panama side, surprise 3-0 winners over Trinidad & Tobago in the night’s opening match, will be the chief challengers to Mexico in what is suddenly a contested race for the all-important runner’s up position in Group A.

Here are WFI’s three to see again from a steamy Thursday night in Cary, NC.

It took all of two minutes for the United States to dispel any fears of a shaky qualification run this time around.

The Americans started the night on the front foot, and within two minutes, Rapinoe had stabbed into an empty net off a pull back from Lindsay Horan to set the Stars and Stripes off and running.

Rapinoe was the most active in the relentless American press, and a key cog in ensuring that Mexico found little joy in their rare moments of possession.

If the United States is to make it back-to-back World Cup victories, Rapinoe will be a big reason why.

Perhaps the most talented of an impressively talented attacking corps, Rapinoe’s ability to stretch opposing defenses opens the space for runs from Alex Morgan and company.

Maybe more impressive than her attacking chops is her fire, never in question and on display tonight.

The emotional leader of this squad, it was Rapinoe who vowed her teammates would not underestimate the competition ahead of the World Cup, and also Rapinoe who set the tone with her early strike. 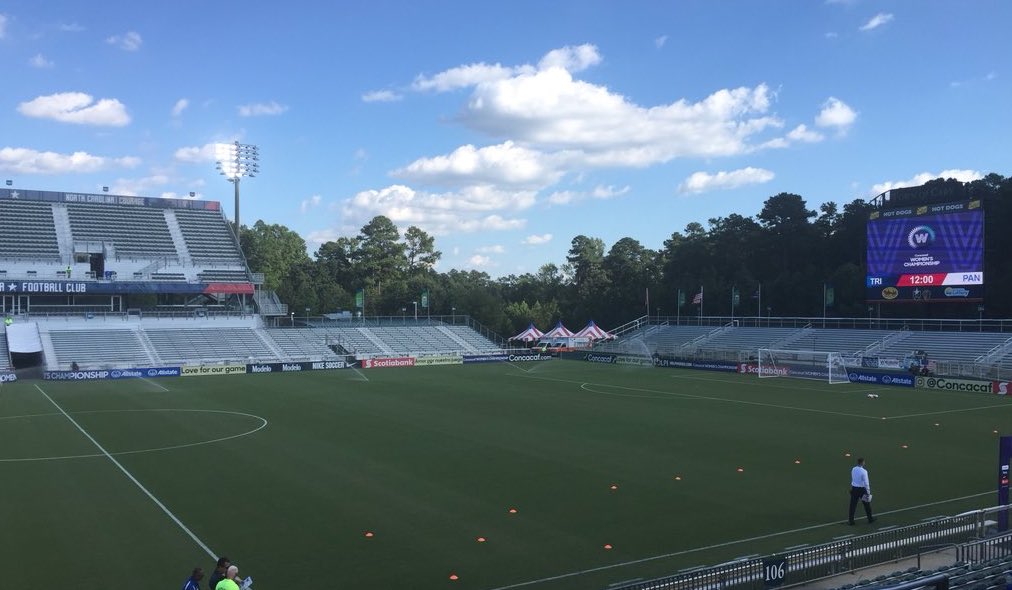 While Rapinoe and Morgan’s finishing ability draws the headlines, Heath’s ability to always find herself in space on the wing and nearly always deliver a teasing ball for her attacking compatriots might be the most important part of the American attack.

On Thursday, Heath terrorized the Mexican fullbacks, seemingly always able to find the necessary space to whip in a cross.

The old adage is that great finishing is nothing without great build-up play, and Heath plays a vital role in the build-up for the Americans.

While it’s doubtful that the Americans will find themselves properly tested this CONCACAF Women’s Championship, outside of a potential final with Canada worth nothing more than bragging rights, it’s important that they continue to develop an attacking rhythm, particularly against teams committed to bunkering in — a tactic they’re sure to see plenty of in the coming weeks and next June in France.

Goal, USA. Another textbook goal from the Americans, cross in for Heath, her header beats Henninger with ease.

While it was the Americans who racked up the biggest numerical win on Thursday night, it was youth-laden Panama who ended the night as the biggest winners.

Participating in their first CONCACAF Women’s Championship since 2006, and featuring 7 players born after 2000, including 13-year old defender Sheyla Diaz, an unused substitute on the night, the Panamanians picked up a surprising 3-0 win over Trinidad & Tobago.

The win over Trinidad & Tobago gives Panama a real chance to qualify for the semifinals, which would guarantee them at least a two-legged playoff with Argentina for a spot in the World Cup. 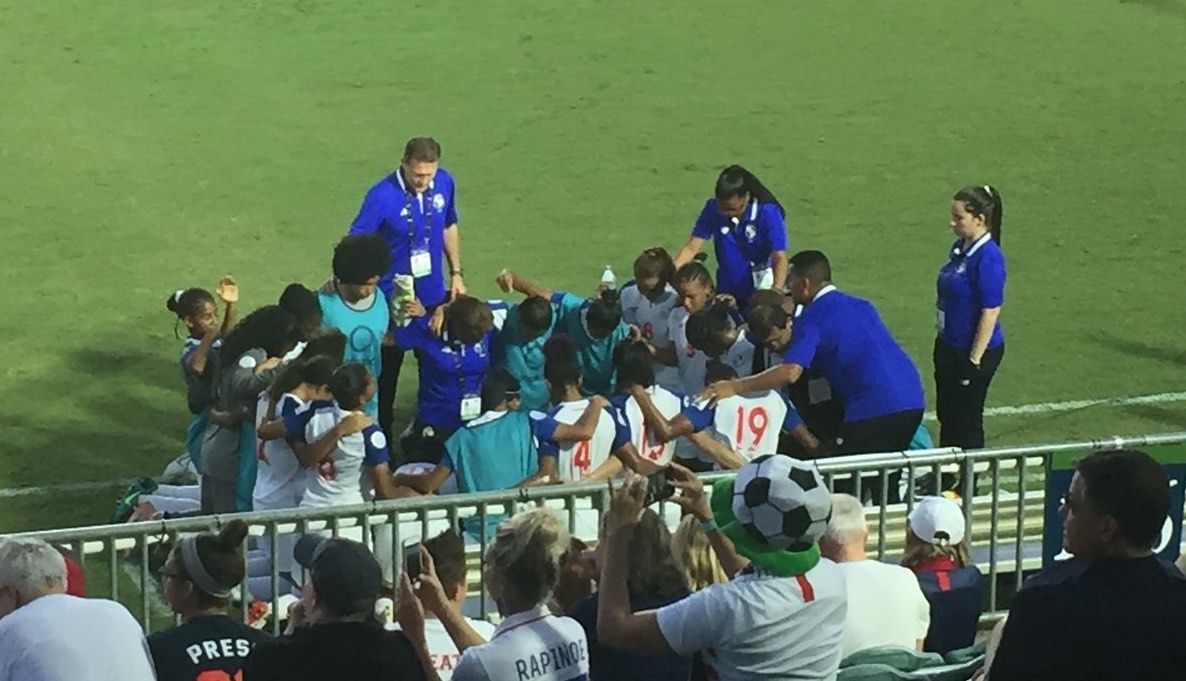 Elation for the Panamanians. Still a lot to do if they want to qualify for their first World Cup, but they’ve given themselves a chance with that result.

For Panama, it was Cox, their only player playing outside Panama, who starred.

A classic 10 in every sense of the term, Cox scored the opening goal after just 12 minutes and spent the rest of her time on the pitch pinging passes every which way.

It was Cox’s cross that resulted in Panama’s second goal, and though she was off the pitch for the third, she had already left her mark.

If Panama can limit the damage against the defending World Cup champions on Sunday, they could be in a position where a draw against the Mexicans on the final match day would send them to the semifinals.