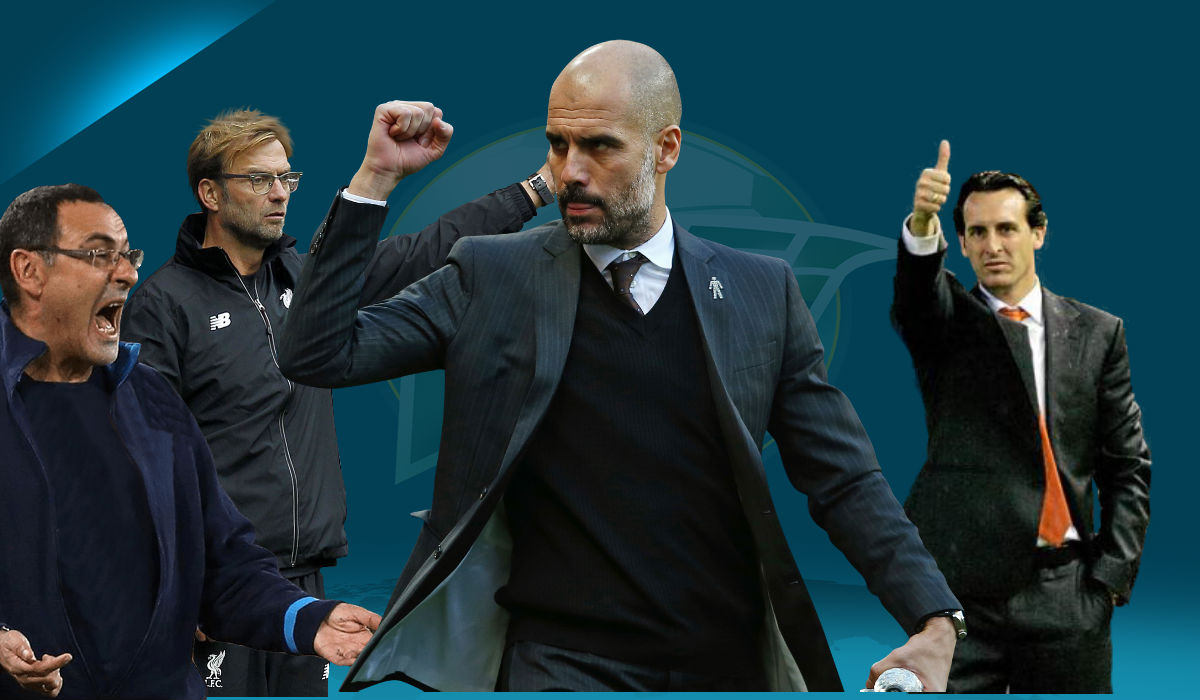 Some of Manchester City’s play drew laughter from the stands as they toyed with Southampton at the Etihad Stadium this weekend.

As has become the norm at Eastlands in recent years, their fans watched on expectantly waiting to be entertained. They weren’t disappointed.

They were treated to football of the highest level, another regular occurrence in these parts of Manchester. They were also introduced to the idea that this league isn’t just theirs to lose, it’s theirs to win in whichever way they fancy.

In the Times’ match report from the game, Oliver Kay wrote:

“The rest of the first half felt like an exhibition. There was laughter from the crowd when, after a swift, incisive build-up, Sterling slightly overhit a back-heel intended for Silva. It was similar a few minutes later when a perfect-looking counterattack — Silva, Sane, Agüero, Sterling — ended with City’s players guilty of over-elaboration in a crowded penalty area.”

It was playground stuff at times for the City players. That’s not to demean Southampton who troubled Pep Guardiola’s side enough to manage more shots on target against the champions than any other team this season, including renowned attacking sides Liverpool, Arsenal, and Tottenham Hotspur.

When football is played to such a high level it can invoke the type of disbelieving laughter which emanated from the stands against Southampton, as players produce football which humiliates opponents who become the butt of the joke.

It’s difficult to play football in this manner, but City have assembled an elite group of players led by a manager who will go down as one of the best ever — if not the best — and their play at times is unbelievable.

This type of football isn’t limited to City, but they are the most regular proponents of it.

Some of the football produced by Jurgen Klopp’s Liverpool — last season in particular, and especially from the dazzling Mohamed Salah — produced similar emotions. They took their own brand of joyous football on a tour around Europe, only to be thwarted at the last by the villain of the tale, Sergio Ramos, and his Real Madrid side.

Liverpool are the side considered to have the best chance of catching City this season, but to do so seems near impossible.

If Klopp’s side, or indeed Maurizio Sarri’s, Mauricio Pochettino’s, or Unai Emery’s, do manage to topple the defending champions this season it will be one of the greatest achievements in the history of this league.

Fans comparing their side to Guardiola’s, or judging their results against City’s, are setting themselves up for unnecessary disappointment.

At this moment in time all three of Liverpool, Arsenal, and Chelsea are playing some of the best football their fans have seen in years, but it still might not be enough to catch the leaders. It will be a shame if the City juggernaut prevents them from enjoying it.

Not all sides can win all of the time, and the percentage of sides who do win something is small.

Historical success can mean winning is the only aim for some teams, especially in the case of Arsenal and Liverpool, and while that is the right mentality for those clubs to have they should not be too downhearted should they fail against a one-off great team.

City aren’t invincible either, losing to Lyon at home in the Champions League, and drawing at Wolverhampton Wanderers and Liverpool.

Not even the best can win everything all of the time with Klopp’s side also managing to thwart them in the two-legged knockout tie in Europe last season, but over a 38-game season they appear pretty much unstoppable.

The cup competitions provide another opportunity for the chasing pack to claim silverware. Arsenal, Chelsea, Tottenham, and the impressive Bournemouth remain in the EFL Cup along with you-know-who, hoping to do enough in one-off games to lift a trophy. This competition should take on more importance for this reason.

City haven’t won the FA Cup since 2011, while Liverpool haven’t lifted the prestigious cup since 2006, but Arsenal and Chelsea have used this competition to maintain some form of success, of winning, while the league seems out of reach.

If these clubs continue to build impressive squads, play attractive, effective football, and look to the long-term as well as the immediate future, then their time will come. For now they might have to continue looking up the table at City, but they should have fun and not get too downhearted while doing so.

If one of them does manage to pull it off, they can celebrate in the knowledge they have achieved one of the biggest upsets, which will make it all the sweeter.