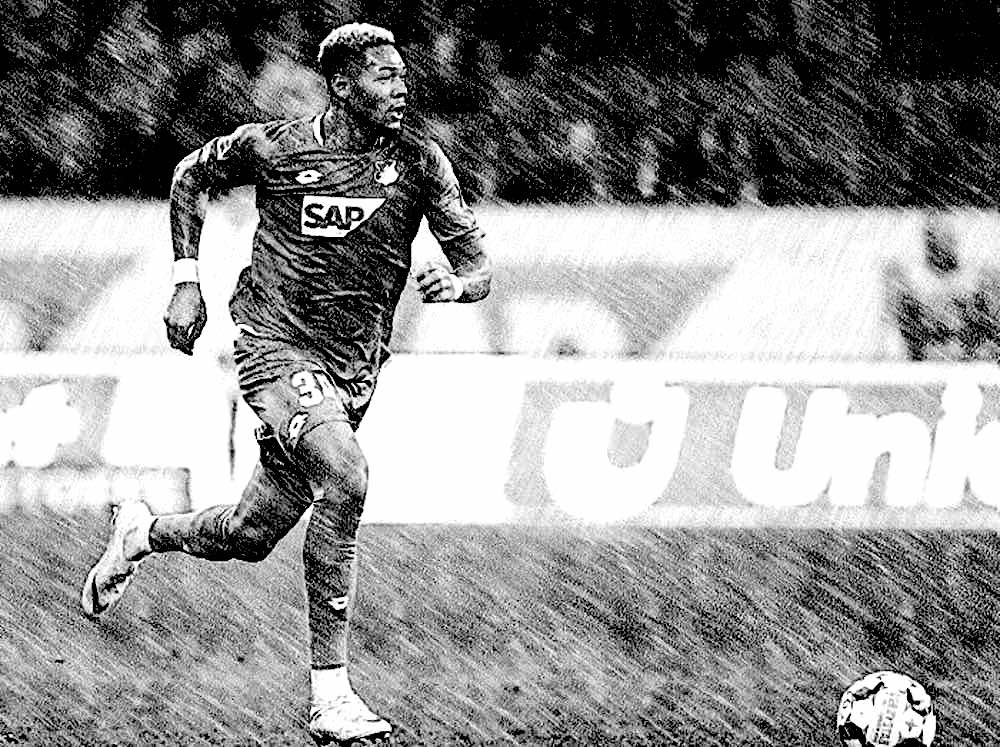 Among the Brazilians in Europe’s top five leagues, only Neymar has more contributions to goals than the eight of Hoffenheim’s Joelinton.

The 22-year-old, who played his football in Brazil for Sport Recife, was relatively unknown in his homeland prior to moving to Europe, and after a couple of seasons cutting his teeth in Austria with SK Rapid Wien, where he also learnt German, he has now forced his way into the Hoffenheim first team.

In many ways he’s retracing the steps made by Roberto Firmino. Hailing from the country’s north-east, coming through at lesser known, if not lesser supported clubs in Brazil, and making a low profile move to Europe.

It might not be a coincidence, and Hoffenheim may have planned to bring through the ‘next Firmino’ once it became clear that the first Firmino would soon attract interest from other sides.

Joelinton signed from Recife in the summer Firmino left, aged 18, and though the German Bundesliga side have been patient with him, they could now be reaping the rewards.

The problem they may have now is, that other clubs will come knocking again.

His four goals and four assists in the Bundesliga this season will mean that he is at least on the radar of the Brazil national team selectors.

Firmino is having a typically hard-working season, but hasn’t been as productive and hasn’t impressed for Brazil in their post-World Cup friendlies.

Gabriel Jesus, against whom he and his side came up against tonight, has also been off form in front of goal, and it has been Everton’s Richarlison who has looked like the best foil for Neymar up top for Brazil.

If Joelinton continues his current production, then he has a chance of winning his first cap for Brazil.

Tite won’t want to shuffle his pack too much, but he does seem willing to give in-form players a chance, as has been the case with Richarlison.

Here Joelinton played on the left of a front three — a position which Firmino has played, including on the odd occasion at Hoffenheim, and one which Richarlison regularly does, too.

A right-footed, rangy forward, and can act as a target man out wide, though he had problems beating his marker on the ground.

He looks taller than his 6ft 1in, 186cm billing, and it’s no surprise that his usual position is through the middle. This outing on the left was a rarity for him, and the game seemed to call for him to move to the centre.

He put himself about, muscling his way past Nicolas Otamendi only for the Argentine to go tumbling to the ground theatrically, winning a free kick in a desperate to save himself after Joelinton went past him. 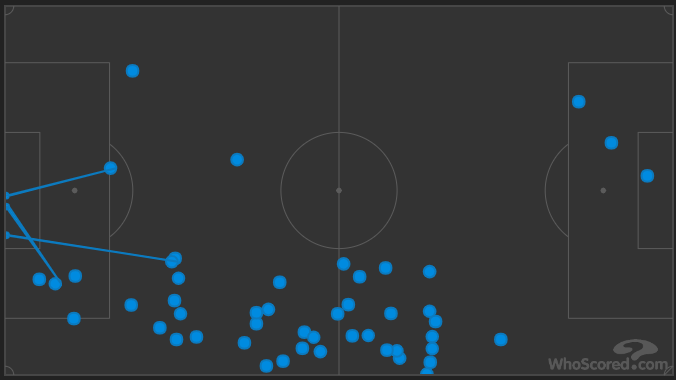 City manager Pep Guardiola made a change at half-time, replacing right-back John Stones, a centre back by trade, with the pacy full-back Kyle Walker.

It wasn’t long before Joelinton was running at his new marker, and he matched the Englishman for pace — no mean feat — winning a corner.

He then showed a great eye for a pass, playing the ball over and between the City defence to send substitute Reiss Nelson through on goal, but the teenager on loan from Arsenal couldn’t beat Ederson one on one. It was one of two key passes he ma in the game.

He proved too much for Walker on another occasion too, and the right-back resorted to fouling him in

Finishing the game with a total of five successful dribbles meant he had one more than Raheem Sterling and just one less than Leroy Sane. He was also fouled three times, showing how much of a handful he was for the opposition, although he did commit seven fouls of his own, even this showed his eagerness to defend from the front.

Even out of his usual position, Joelinton was one of the more impressive players in this Hoffenheim side which put up a good showing against City, but still finish their Champions League campaign at the bottom of group F.

It was something different from the Brazilian, but his was nevertheless impressive, and his ability to play more than one position will also help his national team chances.