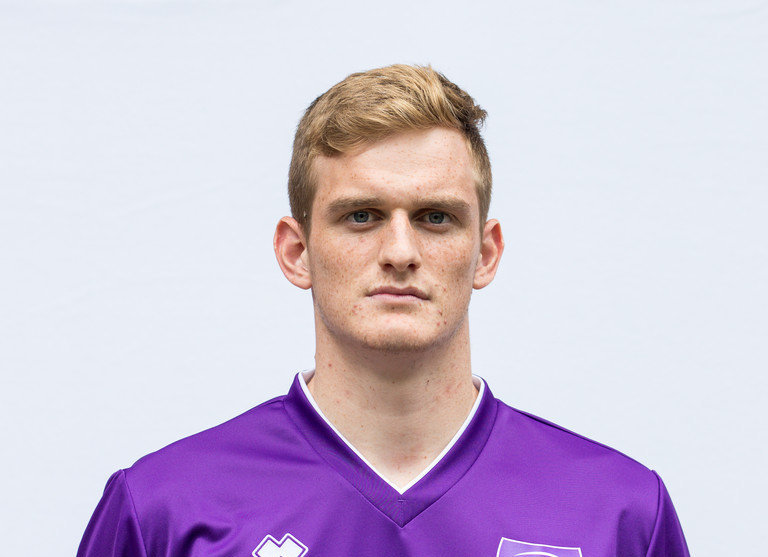 James Rowe spoke to SK Austria Klagenfurt’s Canadian defender Scott Kennedy exclusively for WFi. They discussed how he is settling in at Klagenfurt, his time at SV Grodig, and continuing his football career in Europe having moved from Canada.

You signed for SK Austria Klagenfurt in August 2018. How are you enjoying your time at the club so far and how would you describe the club?

I have certainly enjoyed my time at the club so far. It’s definitely a club with a lot of history and one that has had a lot of up’s and down’s, or so I have heard.

It’s been great to play in such a big stadium. We have a young team that are slowly growing in confidence.

On the whole we have not been having a great season so far and we have also changed our manager because the manager is the first one to go when you are not getting the results.

Both managers I have played under this season have had different ideas but it is all positive.

You also played a season (2016/2017) for Amberg in Germany. Was it a culture shock for you coming from Canadian football to German football?

Yes, definitely. I left Canada at the age of 18 and I have never lived alone, let alone across the world, so that was a big change at first, and then of course the language comes into play.

Learning not only the language, but also how players react to different situations and the higher level expected of you from your teammates and manager.

It’s a much more professional environment, whereas in a footballing aspect we are maybe nicer in general and I think that is what has failed Canada a bit in the sport of football.

My first two years in Germany I had to learn the language and I can speak it qite well now. I would say that German football is a lot intense and aggressive in 50 / 50 balls.

Homegrown Baller of the day abroad

You went on from Amberg to play the 2017/2018 season for SV Grodig, which was your introduction to Austrian football. How do you look back on your time at the club, because whilst doing research I noticed that you played many matches there.

I had a great season at SV Grodig. Last season and I managed to play 32/ 36 matches. I also managed to score three or four goals and it really helped me develop into a man and less of a boy in a man’s game.

I was also in the Austrian Regional League West team of the year. There are three regions in the third division in Austria, and people took notice which was great.

That helped me secure a transfer to SK Austria Klagenfurt, so I can look back on a great season in that respect.

Yes I have played with a couple of players that had previously played in the Austrian Bundesliga.

The biggest name I have played with is Roman Wallner. He played for the Austrian national team for many years and also in the German Bundesliga for RB Leipzig, I believe. He was a great player to play alongside.

Another player, Robert Strobl, who also played at the same levels. It was really interesting to train and play with them.

Both players had different aspects to their play. Robert Strobl, our captain, and a hard working player who lead by example. Roman Wallner had an amazing shooting technique and a lot of of natural talent in my opinion.

As a defender I can imagine you have faced difficult opponents at times. Are there any you faced that you learned a lot from playing against?

Let me think. I would not say one name in particular. I am not a player that looks at the back of the shirt of my opponent a lot.

When I play against players I tend to take them as an opponent. We played a cup match this season in against Wolfsberger AC who play in the Austrian Bundesliga, and they had many talented players. You just see the difference in speed from one division to the next.

Most players can play in a different league, but it is more the speed of play and how fast you can think, the higher up you play.

Finally, Scott, have you had influential managers that have been key to your development as a professional footballer so far in your career?

Yes, absolutely. I have an agent Rainer Horgl and he has been the main help from the beginning, and he has believed in me and is one of the reasons I came to Europe.

He, alongside my coach from Canada, decided that I was good enough for a European trial, and that is how it all started.

During my first two years in Germany he lived in the same city, so at a young age he really helped me focus on the things I had to do right and staying focused in an environment away from your family.

I had a lot to take in, and he definitely guided me in a good direction. Rainer Horgl was also a manager and a coach. He helped get FC Augsburg to the German Bundesliga and he also played in the Austrian Bundesliga during his career.

He was always there, especially off the pitch, ready to answer my questions about… maybe just society, and can I do this, can I do that kind off stuff, so he definitely played a key role in my development as a professional footballer, that’s for sure.