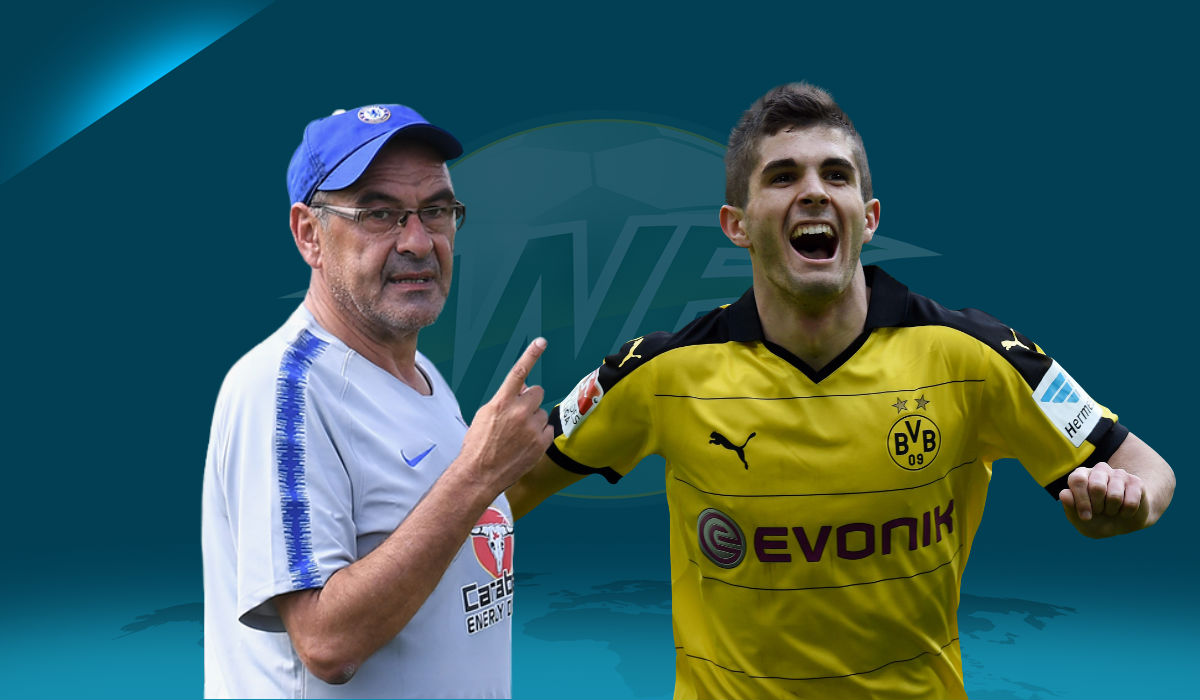 “I used to say to Sarri, who shall we buy? He’d reply that he didn’t want to know anything about it.”

Sarri is now in charge at English Premier League side Chelsea, but his view on transfers hasn’t changed.

On joining the London club he said:

“I feel much more a training ground manager than a general manager. I think I’m one of the few managers who is bored by the transfer market. I’m not interested in it. Our task as managers is growing the players we have.”

This is why recent comments by the Chelsea boss, which reveal he did not know about the transfer of Christian Pulisic from Borussia Dortmund until recently, should not be cause for concern.

“Are you looking to do business in January,” he was asked by the interviewer, who no doubt wanted information on other transfers as well as Pulisic.

In an attempt to deflect the question, Sarri bluntly reiterated his usual stance of not being involved at all in the transfer process, other than giving his opinion of potential signings.

“I didn’t know anything about Pulisic yesterday. The club asked my opinion on him about one month ago, my opinion was positive and today I found out the deal is done,” he said.

“I am not in charge of the market, of course, so I have to think about matches. We have to play every three days, so I can only give my opinion to the club, nothing else.”

Maurizio Sarri said he was asked about and likes Christian Pulisic, but didn’t know the transfer was happening until today. pic.twitter.com/FQa4h3qr6T

Pulisic has signed for Chelsea, but will spend the rest of the season on loan at Dortmund.

He will look to help the German side challenge for the Bundesliga title where quality strength in depth — such as Pulisic — will be important in the latter half of the campaign as they attempt to take the trophy from Bayern Munich.

The fee of £58m ($73.1 million) is the most ever spent on a United States international, and big things are expected of Pulisic both at club and especially at international level with the USMNT.

It’s for this reason that these comments have some people worried that his talents may go to waste under a manager who didn’t want him, but this is not the case.

Those worried that Sarri’s comments mean that he didn’t sanction the transfer need not be.

This is the way the Italian works, and always has done.