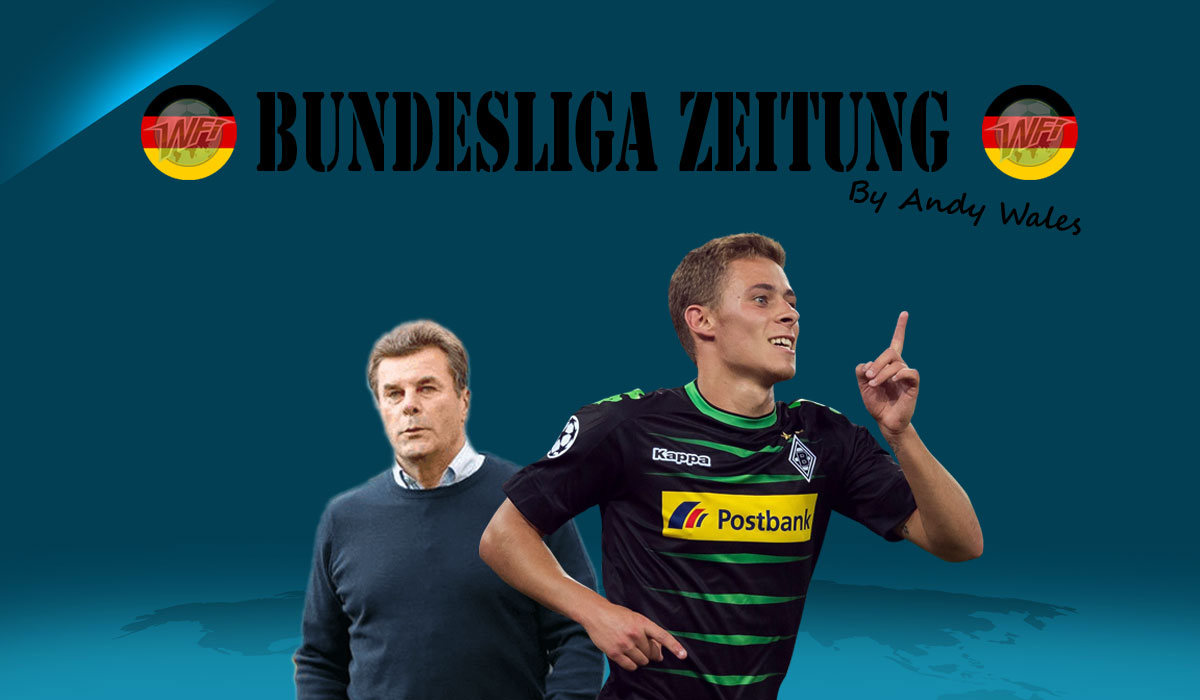 It was a dramatic weekend of Bundesliga action at the top of the table this past week, featuring a surprise, points dropped, and an un-fancied outsider keeping pace.

Lucien Favre took his table topping Borussia Dortmund south to face a dangerous Eintracht Frankfurt side who have progressed well in recent months.

Frankfurt started the game brightly and put the Dortmund defence under pressure. However, it was the visitors who took the lead through talisman Marco Reus. The tap-in from Reus rounded off some nice play and awareness from Raphael Guerreiro and arguably came against the run of play.

Within a few minutes, however, Reus could and should have bagged himself a hat-trick. First, he dragged wide an effort you’d normally see him score, and then hit the crossbar from inside the box.

I wondered if Dortmund would go on to rue those missed chances, and so it proved to be. The Bundesliga’s leading marksman Luka Jovic smartly finished on the volley to grab a deserved equaliser for the hosts.

Jovic had apparently been sick in the dressing room before the game, perhaps testament to his promising talent that not even a virus could keep him quiet.

For all Dortmund may look back on those missed chances from Reus and others throughout the game, Frankfurt more than deserved a share of the spoils and could easily have won it themselves, were it not for Roman Bürki.

Frankfurt are a good side and this hard-fought point should be viewed as a point gained for BVB because over in Leverkusen, they were dealt a huge favour.

Bayern had looked to be getting back to somewhere near their best in recent weeks, and when Leon Goretzka fired them ahead shortly before the break you’d be forgiven for assuming the die was already cast in this game.

Despite the loss of Havertz to injury on the stroke of half-time, Bosz’s bravery was rewarded in the second half as goals from Bailey, Volland and Lucas Alario sealed a magnificent win for Leverkusen.

In fairness, VAR also played its part, ruling out a Robert Lewandowski goal for offside that would have made it 2-0, as well as confirming Leverkusen’s third.

That win that puts Leverkusen on the cusp of the European places and dealt a blow to Bayern’s title hopes as they are now back in third, some seven points behind leaders Dortmund.

Kovač: “If you concede 3 goals, then it’s almost impossible to win games because scoring 4 goals in the Bundesliga is extremely hard. We conceded 3 against Gladbach, Leverkusen, Düsseldorf as well as Ajax. We need to work on that” pic.twitter.com/yPq5TxJaqJ

Bayern slipped back a place because the other beneficiary of their loss was Borussia Mönchengladbach.

They travelled to a wintery Gelsenkirchen and eventually saw off a disappointing Schalke.

It’s understandable that Dortmund and Bayern get more of the focus and attention, they are the two biggest clubs in Germany, but what cannot be understated though is the job that Dieter Hecking is doing at Mönchengladbach.

After his tenure at former club Wolfsburg petered out and saw him sacked early in the 2016/17 season, questions were raised when Gladbach appointed him just before Christmas 2016.

He masterminded an improvement in results that saw them finish mid-table and then replicated that finish last season.

His style of football might not always be enthralling for the neutral, but it has certainly been effective this campaign.

At the back, they boast the most clean sheets in the Bundesliga this season with ten. Hecking has them tough to break down and with their pace on the counter-attack, they can be deadly at the other end too.

10 – @borussia_en kept their 10th clean sheets of the #Bundesliga season against Schalke today – more than any other team this season. Defence. #S04BMG pic.twitter.com/265XxuDdp8

Perhaps just as important as all of that is the sense of togetherness you get when watching them. Hecking has a game plan and the players believe in it, they stick to it and work tirelessly to execute it.

They are the undoubted underdogs of this title race, punching well above their weight and, as I’ve said before, I don’t expect them to be there come the end of the season, but they still deserve enormous credit.

Obviously, in Yann Sommer they have an experienced goalkeeper of established quality and he has more than played his part in that impressive record of clean sheets.

Against Schalke he made a couple of important saves at key times for the Foals. At the other end of the pitch, it’s easy to see why Dortmund are so keen on Thorgan Hazard. His pace, ability, directness and goal threat would seemingly make him tailor-made for Favre’s team, but for the time being it’s Gladbach benefitting from his skills set.

Again, it’s tough to envisage Gladbach still being within touching distance of Bayern and Dortmund come the end of May, but that should in no way detract from the job Hecking has done and continues to do as his side defies the odds in this competitive Bundesliga season.