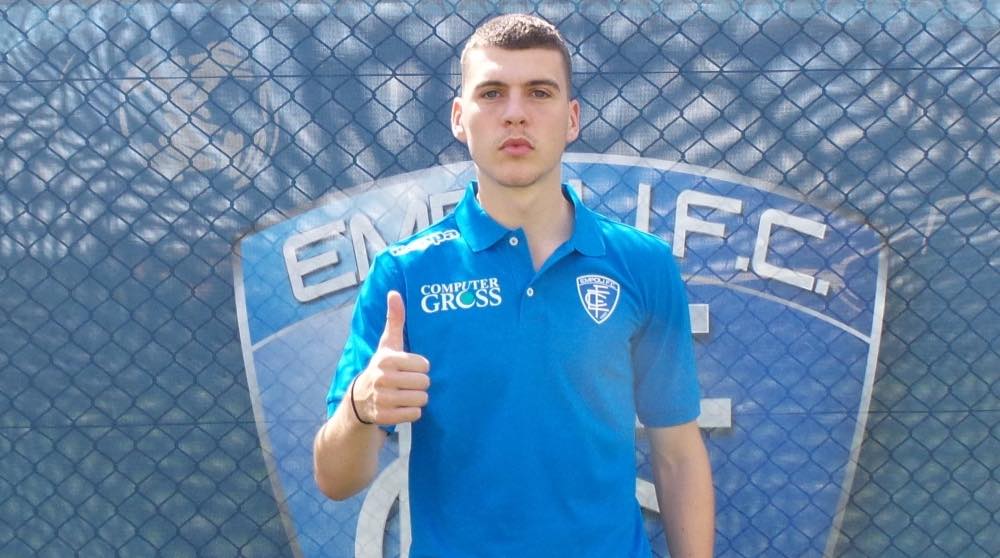 James Rowe interviewed Jacob Rasmussen exclusively for WFi. The defender is currently on loan at Serie A side Empoli from Fiorentina. He spoke about the coach who has had the biggest impact on his career, and the best players he’s played with and against.

How are you finding your time in Italy so far? Are there big cultural differences for you between Norway and Italy, and how would you describe Empoli as a club?

My time so far has actually been quite good. It’s obviously difficult when you come to a country where you do not speak the language, so at the beginning it was convenient for me that we had other players in the team that spoke German, and some guys that spoke English too. I have picked up Italian and now it is getting quite easy.

On the football side has been good. I have participated in some matches, and of course you want to play every match but I can also see it from the coaches perspective that it is easier to play other players.

For me it is about giving my best every day and showing the manager that you want to give everything for the club so he knows that it is not a problem to let me play.

You spent two years in the youth setup at FC Schalke in Germany. How key was that to your development and do you have any highlights from your time there?

FC Schalke are a great club which knows what do to do with young players, and I must compliment my own coach Norbert Elgert.

He was a key factor, because there was a big change when I went from Denmark to Germany, and everything went up a notch. I had a manager from a different planet, he was just so good and he was aware of everything. He pushed all the players to their maximum, and therefore your education as a footballer gets so much better.

Personally I am very grateful to have had the opportunity to play for a big club like Schalke. They are one of the big destinations in youth football because they are so good with their coaches and history.

I know for a fact that if a lot of players had the opportunity they would go there because of the reputation Schalke have in youth football.

You spent a season playing for Rosenborg. What were the highlights for you in that season?

My time at Rosenborg was really good. Rosenborg is like a big family so everyone really cared for each other.

We became Norwegian champions in that season and qualified for the Europa League which was a big moment for the club.

It was a great year for the club and for me. Just to have won a championship, which doesn’t happen to everyone, and it does not matter weather it is England or Spain, the feeling that you get when you become champion is something very special.

You have represented Denmark at youth level. How do you look back on representing your country, and are there tournaments or matches which have stood out for you?

For me it is always an honour to play for the national team and I think it should be that way for any player.

Every time I have the opportunity to join up with the Danish national team I do not hesitate, I just go. I went to the Euro’s two years ago with the under 21s and played one match at the end of the group phase, although I did not participate in the qualification.

Now we have qualified again for the Euro’s in Italy this summer. I played every qualifying match and I feel more part of the journey, and I would say it is one of my greatest achievements with the national team.

You are still very young and you have played in different countries. Are there any teammates who have stood out for you?

I have been quite fortunate because I have played with many good players. Obviously Leroy Sane is a very good player. We played together in the Schalke youth team from time to time when he was involved in the first team squad.

I played alongside Thilo Kehrer who plays for Paris Saint-Germain, he is a great player and a great person too.

For pure talent I would say, Emre Mor, who now plays for Celta Vigo now. The things he could do with a football were just amazing. We played together in the youth team for Denmark and then he chose to represent Turkey at some point.

I can imagine as a defender that you have come across a few difficult opponents in your career. Are there any who have stood out?

I played against the Sampdoria striker Fabio Quagliarella. He was very good. Sampdoria are a great team and made life difficult for us in a 4-2 home defeat this season.

Ciro Immobile at Lazio is also a very good player. His movement is tremendous, which can be tough as a defender.

The last player I would like to mention is Mauro Icardi at Inter Milan. When playing against those types of strikers you can only become a better defender.

Finally, Jacob, we have already spoken about Norbert Elgert at Schalke, would he be the the manager who played the biggest role in your development?

Yes, I think about my youth manager at Schalke, Norbert Elgert, he was tremendous. He could do everything and he had such a strong aura and so much confidence in himself. He has been the best manager I have had in my career so far.

I would also like to mention the coach I had a Rosenborg, Kare Ingebrigtsen, who had a lot of belief in me.