Quentin Westberg On Football In France And Facing Messi 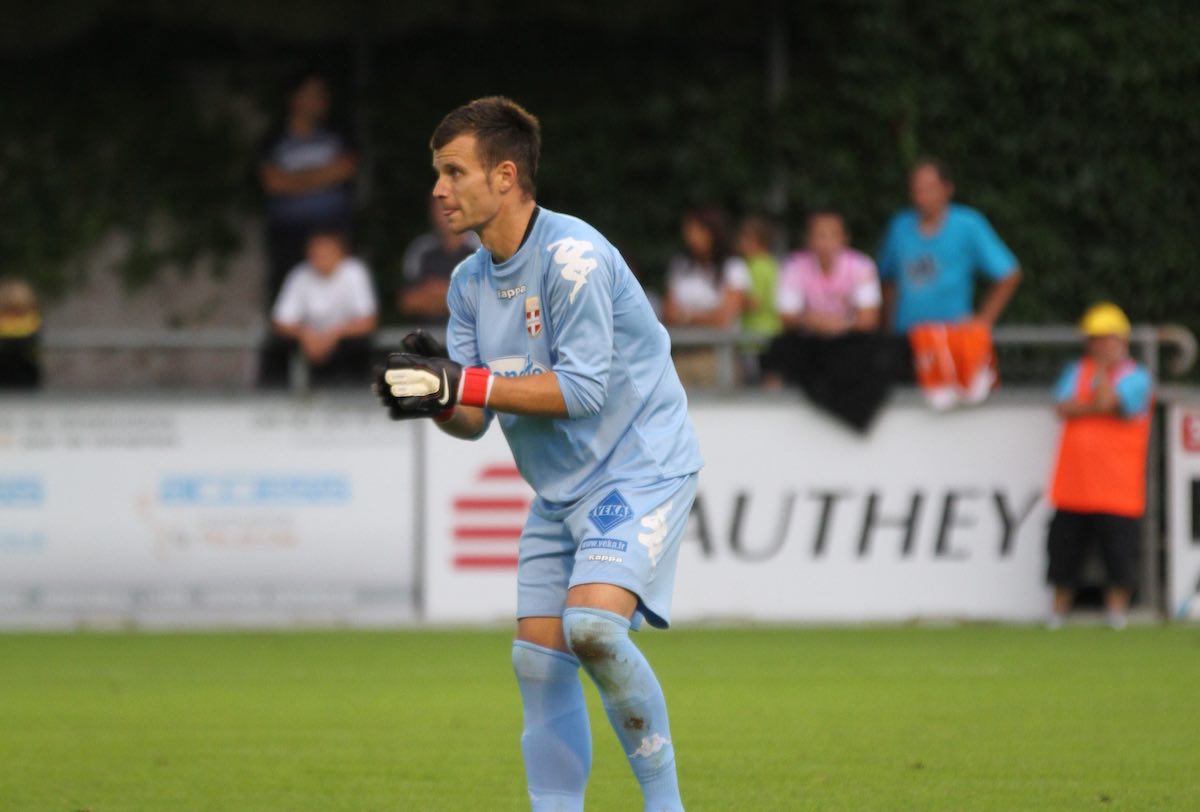 James Rowe interviewed Toronto FC goalkeeper Quentin Westberg exclusively for WFi. They discussed his time in France prior to his move to Major League Soccer, and facing a young Lionel Messi.

You signed for AJ Auxerre in 2017. Did you enjoy your time at the club, and how would you describe AJ Auxerre?

AJ Auxerre is a very famous club in France, and it is one of the oldest clubs with a rich history. We felt the weight of that on a daily basis.

AJ Auxerre used to be a very important club and it is still a very famous club despite that fact that it’s now in Ligue 2, [its players] still carry the weight of the institution.

You spent eight years, including coming through the academy, at Troyes. How do you look back on your time there?

Yes, I arrived at Troyes when I was 16 and I spent a year and a half in the academy, and at the age of 18 I was full time with the professional squad.

Troyes is the club that built me as a footballer player, and a person too. My wife is from Troyes and my first son was born in Troyes, so the city as well as the club has had a big impact on my life.

You had a two year spell at Tours. How do you look back at your time there and how would you describe Tours as a club?

Tours was my first experience at a second division club where it was a minor club for the division.

I had two contrasting seasons. my first season was unbelievable. I met an amazing coaching staff led by Marco Simone, a former AC Milan and Italian national team striker, and he had a big impact on the way I see things in life and in football.

He was very pragmatic, and everyday was very fulfilling. I learned a lot from him.

The second season was a lot harder, with a different coach and a club which struggled to get results.

Tours are currently in last place in the third division have fallen down the football ladder in France. The club has had its ups and downs, unfortunately, but it was a great experience all in all.

You represented the United States at different youth levels including under 17s and under 20s. How do you look back on representing the USA, and do you have any particular highlights?

Yes, there are many highlights and it helped me to build my career from there onwards.

It was very fulfilling to represent the United States. My father is American and my mother is French. I was born and raised in France and I spent my holidays in the U.S.

I felt like an American playing for America in international competition. The whole experience, I would say, has been most fulfilling for me.

As a Goalkeeper with experience at club and International level, could you say who are the players you have played alongside that have stood out for you?

I have been very lucky to play with many gifted players. In that respect it would be Hatem Ben Arfa. We were at Clairefontaine together from ages 13 – 16.

He was extremely talented, but I would also have to mention Blaise Matuidi. We were at Troyes and Clairefontaine together and I saw him evolve as a 13 year old leaving his home to a man and now World Champion.

To be honest it was impossible to predict the impact that he would have on French and International football.

Blaise Matuidi is the best example of a hard working player who loves the game and wants to do his best for the team.

Are there opponents you have faced a different levels that have stood out for you in terms of talent and ability?

There have been a few, but the best by far was Lionel Messi at the U20 World Cup in the Netherlands in 2005.

He came on as a substitute at half-time and we were winning 1-0, and he was just a tidal wave on his own.

From his first touch and you could tell that something was changing in that game, and that this guy had something really special.

It was the tournament where he exploded and stood out, and was also two years younger than any other player in there. He ended up being crowned the best player and winning the golden boot.

He went on to make an impact for FC Barcelona the following season. Lionel Messi has something that I never felt an opponent have at any other time, and we only spent 45 minutes on the pitch together.

Finally Quentin, you mentioned Marco Simone, but are there other managers at club level and maybe international level who have played a key role in your development as a professional footballer?

I have been so lucky with the managers I have encountered throughout my career. I would need an hour to be sure.

At Clairefontaine, Franck Raviot, who is now the goalkeeping coach of the French national team helped me so much and put me on the right track.

Marco Simone at Tours — such an amazing player but also a manager filled with humility, and with such a pertinent and specific analysis of every situation and every person.

Sigi Schmidt who was my manager at United States under 20 level was also an amazing manager.

I am so grateful for all of my experiences. Bernard Casoni who I had at Évian, who won the Champions League with Olympique Marseille in 1993. He was such a great leader, not a man of many words but so straight forward and a manager that you would go out on the pitch and die for.

I am so grateful for all of my experiences learning from many managers in my career.