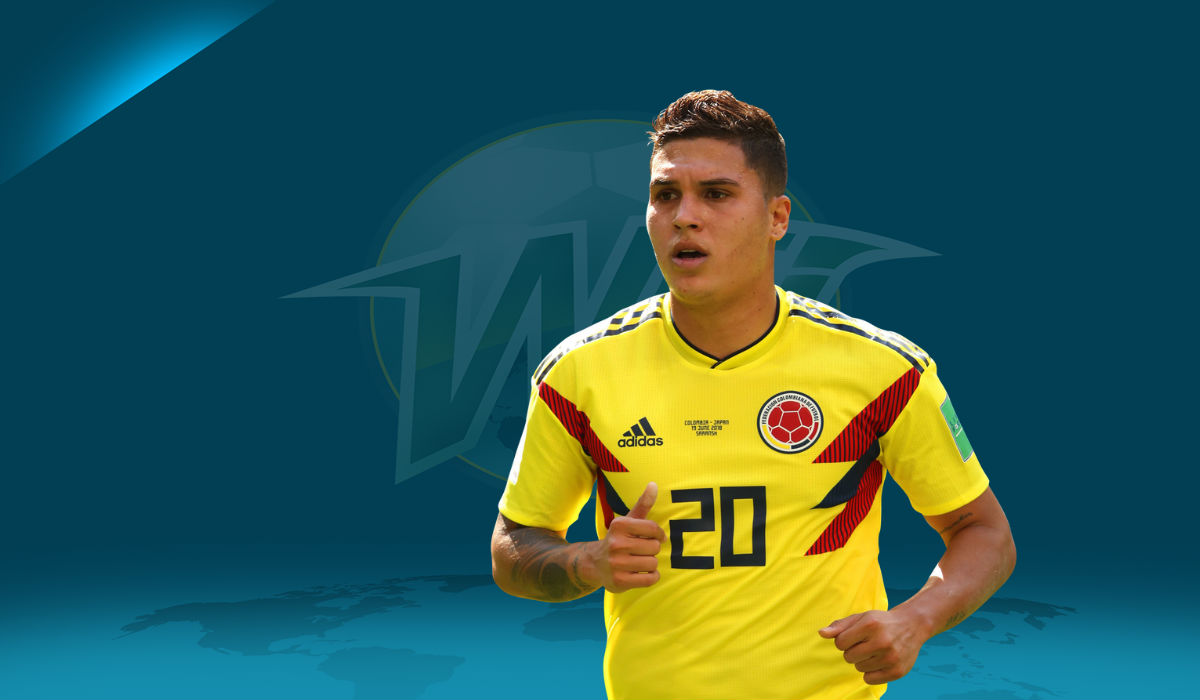 All was well in the northern suburbs of Buenos Aires on Sunday evening. A fine summer afternoon was coming to a close, and the locals were happy after River Plate notched up another emphatic derby victory, this time a 3-0 win over Independiente at El Monumental.

However, by the end of the night, the mood had soured considerably in Núñez, as a bombshell that rocked Argentine football reverberated all the way up the continent to Colombia.

It emerged that River’s Colombian star Juan Fernando Quintero had not sustained a sprained knee as initially thought when he left the pitch injured, but the dreaded cruciate ligament damage, every footballer’s nightmare. He now faces at least six months on the sidelines.

This news devastated fans of both his club and country. His participation in River’s defence of the Copa Libertadores will be limited at best, and he is completely ruled out of his national side’s Copa America campaign in Brazil in June.

The injury comes just as the majestic No. 10 had found the most consistent form of his career. He had overcome initial troubles at club level to become River Plate’s golden boy, recently being rewarded with a new contract containing a €25m release clause. His dizzying array of passes has been delighting fans, and some of the goals he scored in recent weeks were astonishing.

At national level he was bound to be a key part of Carlos Queiroz’s plans too, so how will these two teams deal with his loss?

River have a number of options in the creative department but none offer the class or experience of Quintero. Youngster Cristian Ferreira has burst into form in 2019, and is now likely to be given more responsibility to carry the team forward — huge pressure for a man just 19 years of age.

El Millonario also have two other young hopes in attacking midfield, but both come with drawbacks. Nicolas De La Cruz has failed to live up to expectations since moving across the estuary from Uruguay in 2017, and another talented Colombian Jorge Carrascal appears to be more of a long-term project going through a process of adaptation than a solution to short-term problems.

Will Gallardo want to strengthen his squad, and will he get the funds to? Recent precedent would suggest so.

When Milton Casco sustained a broken collar bone in February, the club moved quickly to bring in Fabrizio Angileri at left-back from Godoy Cruz, who cost around $2m. The coach will have to asses whether his current squad is satisfactory and work out who to target if not.

For Colombia, the loss is even more acute as Juanfer was expected to play an important role in this summer’s Copa America.

He is the only player in the side that James Rodriguez trusts to hand over the bulk of the creative responsibility to. There is still a question as to whether he would have played as a second playmaker from the start or be deployed as an impact sub to pick apart tired opponents, but he was going to be important for sure.

Besides, the Colombian public really take to Quintero as they see not just a superstar but a man whose human flaws they can relate to. Juanfer has a tendency to put on weight, lack fitness, and get distracted by his love for music.

What his loss probably confirms is that Colombia will use James centrally in the upcoming tournament, with Cuadrado on one wing, and potentially Luis Diaz, Sebastian Villa, or José Izquierdo on the other.

James’ fitness also now becomes crucial for the Cafeteros as there is no ball-playing talent anywhere near his level with Quintero unavailable.

This is not the first major injury Quintero has had to contend with. As a teenager he suffered an awful leg break playing for Envigado which he was able to recover from very well. Millions of River fans, Colombians, and indeed neutrals will be hoping to see him back at his scintillating best in six months time.