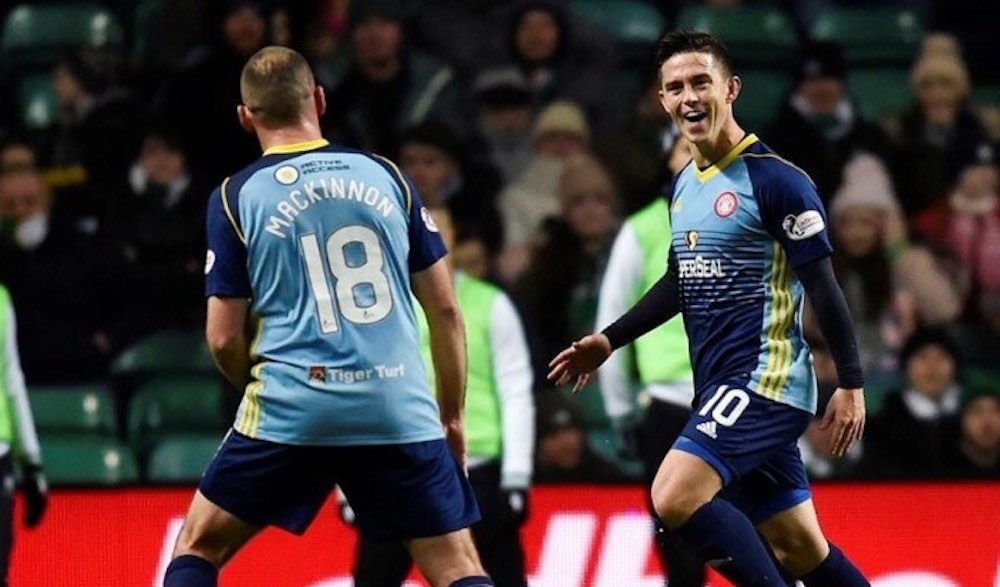 James Rowe interviewed The New Saints midfielder Danny Redmond exclusively for WFi. They discussed his early days at Wigan, a move to Hamilton Academical, and receiving advice from Roberto Martinez.

You signed for The New Saints in May 2018. How are you enjoying your football in Wales and your time at the club so far? What are your ambitions at The New Saints?

I am enjoying it because we are playing really good football and that suits me. A lot of teams in Wales are going full time now which is good for the league.

I am playing regularly and the ambition is to win the league and take the club to the Champions League qualifiers, which is always a good experience to challenge yourself against teams from other countries.

We are going for the league and cup this season — they are our targets.

You came through at and debuted for Wigan Athletic. How do you look back on your time there?

I had a really good time at Wigan Athletic. It is a great club and I made some great friends who I still keep in touch with now.

I learned a lot during my time there, particularly from Roberto Martinez. He was always tactically very good and he always told you what positions to go in. As a young player that was great in order to progress.

I was playing on the left wing at the time and he would always tell me to do the opposite to what the full back was doing and coming inside and out and that really helped my career to be fair.

You went on to have four seasons at Hamilton Academical, making many appearances. How do you look back on your time at the club, and did you notice a clear difference between English and Scottish football?

At Hamilton Academical I had a great time when I first went up there on loan. I really enjoyed it. I managed to play regularly and score goals.

When I signed for them current Preston North End manager Alex Neil was the manager, and he was a very good manager who would tell us to concentrate on our game.

We also had a spell where we were top of the Scottish Premiership, which was a shock for many. We had a great close-knit group of players, and I really enjoyed my time there.

I can imagine with the experiences you have had, and still being quite young, that you have played with some good players so far in your career. Are any that stood out for you?

At Wigan Athletic I played with many good players, in particular James McCarthy and James McArthur, and not forgetting Victor Moses who is doing well now.

Charles N’Zogbia was also a very tricky winger. They also helped me too. James McCarthy and James McArthur were also at Hamilton Academical when I was there on loan. James McCarthy had the most influence in helping me in that respect.

I can imagine as a midfielder you have come up against opponents that might have made matches difficult. Are there any in particular opponents that you have faced that have stuck with you?

The game that stands out for me the most is when I played away against Manchester City in League Cup in 2013 for Wigan Athletic.

In Scotland, playing against Celtic and coming up against James Forrest who was tricky and scores goals — he stood out for me when I played against him.

Finally Danny, you mentioned Roberto Martinez and Alex Neil. Who are the other managers or coaches who have been influential in your career, and played a key role in your development as a professional footballer?

At Wigan Athletic there was a first team coach named Graham Barrow who was helping young players to push on. He was a massive help to me before I made the step up to the first team.

I thank him a lot for playing a key role in my development. The last I heard of him he was at Wrexham but I think he has since left the club.