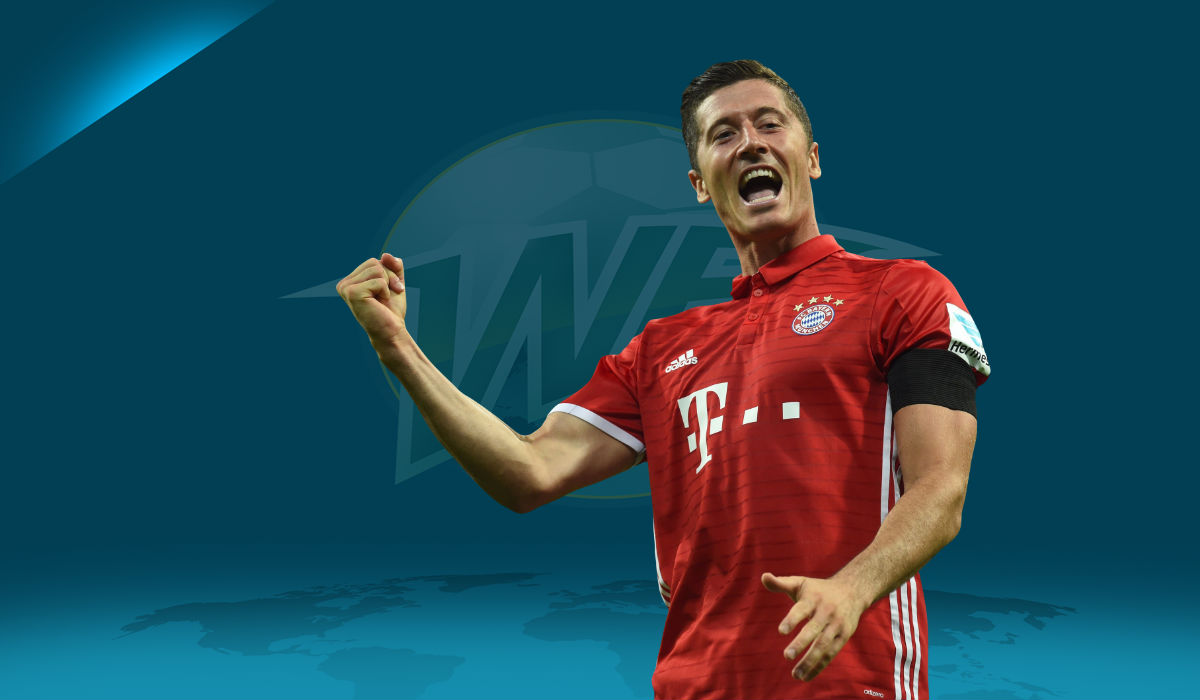 As things turned out, this was anything but a tight game.

If Mahmoud Dahoud had been able to convert an excellent early opportunity from a quick counter-attack then things may have been different.

As it was, Mats Hummels headed in from a corner just a few minutes later to give Bayern the lead in the tenth minute. From thereon in it was virtually a procession for Bayern as a disorganised Dortmund team were run ragged.

What Bayern didn’t need was any gifts, but they got one anyway. Dan-Axel Zagadou has shown himself to be error prone on too many occasions this season, and him inexplicably kicking the ball at Robert Lewandowski was a cataclysmic clanger at the worst possible time.

The Bundesliga’s most deadly finisher took care of the rest and the game was effectively done with just 18 minutes on the clock.

The goal was a historic one for Lewandowski, his 200th in the Bundesliga.

Roman Bürki has made some costly mistakes again this year, but he has also pulled off some important saves. In this game, Bürki prevented embarrassment becoming complete humiliation.

Despite his heroics, Bayern moved further ahead five minutes before half-time courtesy of a sweet strike from Javi Martinez. From just outside the box, he passed it into the bottom corner with impressive precision.

It was a goal that encapsulated the first half: Bayern excellent and dominant, Dortmund dishevelled and demolished.

On the sidelines, Lucien Favre looked as shell-shocked as his players. Despite being restricted by injuries to Paco Alcacer, Raphael Guerreiro, Achraf Hakimi and Christian Pulisic, it was still a surprise to see Dahoud and Zagadou start a game of this magnitude.

On a day when millions of pounds were put on horses at the Grand National race in England, Favre’s gamble with his team had backfired spectacularly.

Dortmund had gone into this decisive game with a two point lead at the top. Given the opponents were not just any title rival, but a battle-hardened Bayern, it was a day for experience.

Considering that a draw would have sufficed for Dortmund, it was odd to see the likes of Mario Götze and Marcel Schmelzer sat on the bench.

To put things in perspective, Bayern were poor last time out and were very underwhelming in their elimination from the Champions League.

They still have undoubted quality, but they also have vulnerabilities. Dortmund did nothing to expose those weaknesses. Instead they offered Bayern the space they enjoy and, worse still, gave them the encouragement to attack without fear.

Zagadou was mercifully replaced at half-time, but it was too late to make any difference to the result. The second half was a pedestrian formality. Lewandowski scoring his second to make it five in the final minute simply rounded off an awful day at the office everyone connected to Dortmund.

There could only be one @Bundesliga_EN Man of the Matchday this weekend.https://t.co/Kgp5ByIzG6

It may seem churlish not to heap praise on Niko Kovac after this performance and result, but in truth, it was achieved with worrying simplicity. Bayern played well, but didn’t need to do anything special.

Dortmund were undone by a very smart Fortuna Düsseldorf before Christmas and have never looked the same since. The drop off has not been as dramatic and catastrophic as the Autumn disintegration under Peter Bosz last season, but Favre has some work to do if they are to truly progress from here.

As for the title, I tweeted at half-time that it was game over and title over.

Bayern 4-0 Dortmund at half-time.
Game over.
Title over.
Lucien Favre need look no further than himself for why this first half was such a calamitous embarrassment #FCBBVB

That may seem an extreme reaction given there is just a single point (and considerable goal difference) separating the two clubs, but the manner of defeat will have cut deep.

For the Bundesliga, Bayern crushing their closest challengers will have done little to make a world-wide audience believe they can ever be stopped domestically.

So, unless you are a dedicated follower, why bother tuning into a league where the title is a foregone conclusion?

With Bayern already making moves to strengthen in the summer, the Bundesliga doesn’t look any closer to solving the competitiveness conundrum.

Not the best weekend for the Bundesliga given the Klassiker result, but the game between Leverkusen and Leipzig shows how good the league can be and regularly is.

Just a shame that a new name on the trophy seems like it might have been too much to ask.

For what remains of this campaign, Bayern do have a few tough games to navigate, but so do Dortmund, so I don’t hold up much hope that the Bundesliga will get the different winner it needs.

However, nobody expected Freiburg to hold Bayern to a draw last week so you can never say never in football.

Ultimately, it’s up to Dortmund to come back from this performance and do all they can to capitalise from any slip-ups. That’s on Favre, his coaches and players.

This summer it will be up to Favre and the Dortmund hierarchy to ensure they have learned the lessons from this year and are in a position to be stronger next season.

It will also be up to others to catch up and provide the increased competition that everyone needs and wants to see.