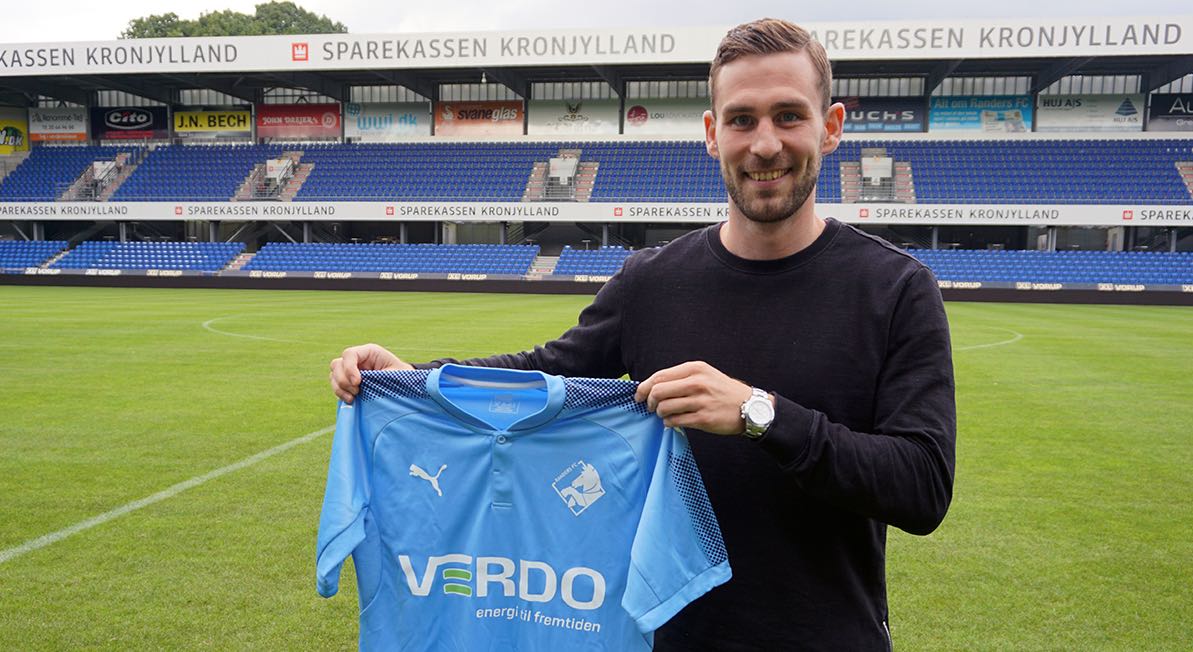 You signed for Danish team FC Randers in 2017. How are you enjoying being back in Denmark and how would you describe Randers as a club?

I am very happy at Randers at the moment. It was the right move for me in terms of me and my family.

I am really enjoying it at Randers. The club fits me quite well. The DNA of Randers is a hard working club where hard work comes first, and there are a lot of humble and loyal people trying to make the best out of the club.

Speaking of your time in the Netherlands, I wanted to ask you about the four seasons you spent at NEC Nijmegen. How do you look back on your time there, and do you have any particular highlights?

I had a lot of highlights during my time at NEC Nijmegen. I left Denmark for the Netherlands not knowing a single thing about the club or the Netherlands in general, but I must say that my four years there surprised me completely.

I was so happy being there, and I probably played some of the best football of my career during my first season in Nijmegen.

I was selected for the Danish national team, too, and I have so many good moments and experiences from my time at NEC.

You then moved on to FC Utrecht. Did you notice a big difference between the size of two clubs, and how do you look back on your time at there?

Of course there is a difference between the size of the two clubs. If I compare the two clubs I would say that they are both people’s clubs, and the two cities care about their teams. They have fanatical fans where the home games are almost always sold out.

NEC Nijmegen are the smaller club, and FC Utrecht have big ambitions and a bigger stadium, so in that way it was the right move for me to go there.

Unfortunately I did not manage to play as many games for Utrecht as I would have liked, due to different injuries.

But I look back in my time at Utrecht in a positive way because I learned a lot as a player under then manager, Erik Ten Hag, and I have positive memories of my time both at NEC Nijmegen and FC Utrecht.

Considering the career you have had so far at club level, and representing your country, who are the best players you have played alongside?

There are many players that have made an impact on me in different ways. But if I only look at the football quality I have to mention Alireza Jahanbakhsh at NEC Nijmegen, who is now at Brighton & Hove Albion.

He was not only a brilliant footballer, but also a very humble person, which to me is also very important.

If I go on to FC Utrecht, Sebastian Haller, who is now at Eintracht Frankfurt and is having a lot of success there also.

Of course in the Danish national team Christian Eriksen was brilliant.

I can imagine as a defender you have come up against many impressive opponents. Are there any that stand out for you?

It is difficult because I came up against some very good wingers, especially in the Netherlands.

I would have to go with the likes of Jermain Lens when he was at PSV Eindhoven. He had a very good technique.

Nacer Chadli, too, when he was at FC Twente was a really good player. Jerson Cabral at Feyenoord was also very difficult to play against.

Finally, Kevin, you have already mentioned Erik Ten Hag at FC Utrecht, but could you say which managers played a key role in your development as a professional footballer?

I would say my first manager at NEC Nijmegen, Alex Pastoor. From day one I felt that he had confidence in me and it allowed me to play the best football of my career.

He trusted and supported me so he is the one that had the most influence in my career.

I must also mention Erik ten Hag. He was just a football genius who lives and breathes football, and also on a tactical level he is by far the best coach I ever have ever come across.

He always had the ability to change the system which made it more difficult for opponents. Like chess, he always appeared to have a move or tactical change ready.

He has a great football brain. He knew the solution to every aspect of football. It is no surprise to see him having success at Ajax.