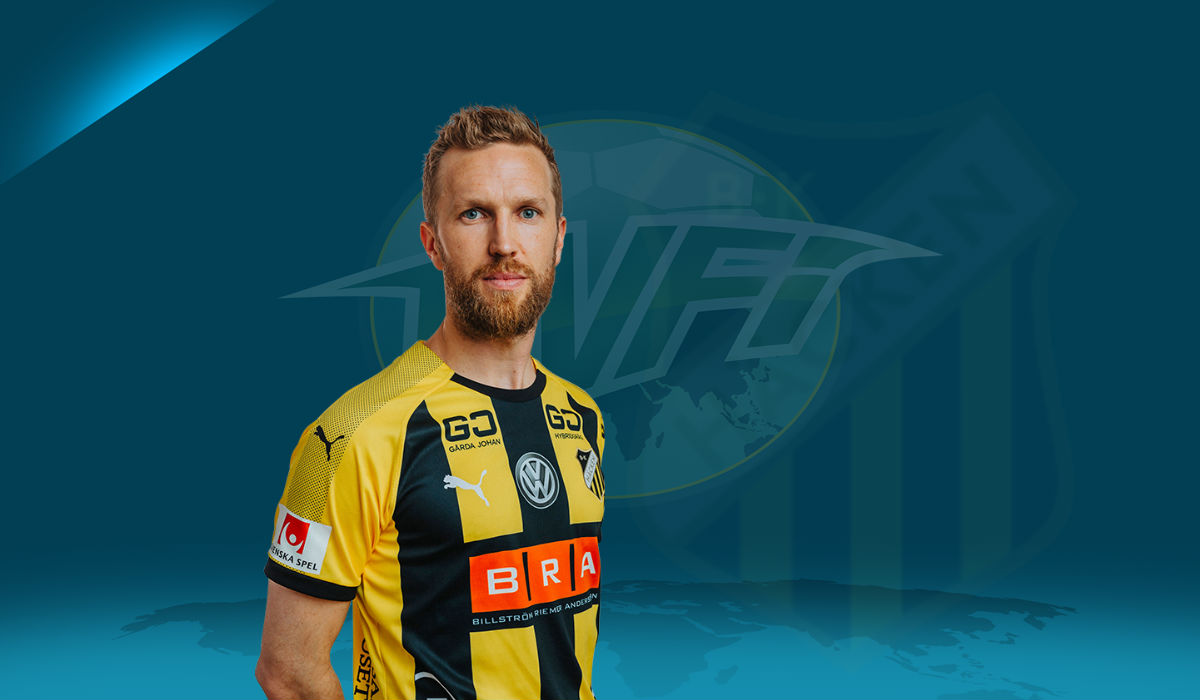 James Rowe spoke to Swedish defender / defensive midfielder Rasmus Lindgren exclusively for WFi. They discussed his time with Ajax where he played alongside Luis Suárez,

You returned to Sweden to play for BK Hacken in 2016. How are you finding it there and how would you describe Hacken as a club?

I am really enjoying my time here at BK Hacken. I left Sweden very early in my career when I’d just turned 18 years old, so during my last years in the Netherlands I felt that I was missing something in my career and that was to play in the Swedish League, where I come from.

It was my wish to play in Sweden and it’s a good league to play in. The interest is very high here from the fans and the media. Hacken is quite a small club but a very well organised one, which uses a lot of young talented players.

They have a good youth academy too. Hacken are known for playing attacking football and that is what I like about the club.

You touched on your time in the Netherlands. You spent three seasons at Ajax. How do you look back at your time in Amsterdam, and do you have any particular highlights from your time there?

I look back on my time at Ajax with a lot of joy. I came there as an 18-year-old young adult and I began playing in the youth teams Ajax A1, and then made the step to Jong Ajax.

I got to make my debut at the club in 2005 under then manager Ronald Koeman, and that was more than I could ever have wished for.

At the time there was a lot of competition for the midfield places and I was loaned to FC Groningen in order to help develop as a player. Then after two and half years I came back and I had a good time in my second period at the club.

I was not always in the starting lineup, but I felt appreciated within the club from the fans and the management, and also my fellow teammates.

My overall experience and memories are very good. Playing in the Champions League and winning the Eredivisie in 2011 are my best memories.

You went on to play in Austria for Red Bull Salzburg. How do you look back on your time there?

Well the first year was quite good we won both the Austrian League and the Austrian Cup. We progressed from our Europa League group too.

It was a great season, but I never felt the same feeling for Red Bull Salzburg as I had for Ajax and FC Groningen.

It was more a choice of wanting to play for a club that could win titles and played in Europe. But if I look back on my time at Ajax and FC Groningen I loved both clubs and I did not have the same feeling with Red Bull Salzburg.

It was more just a professional time in my career.

Are there any particular players you have played alongside who have stood out for you?

Yes at Ajax I played with so many good players but the one player I spent a lot of time playing with I think four seasons was Luis Suarez.

We played together one season at FC Groningen and then I followed him to Ajax six months later. We played at Ajax three seasons together so four years in total.

I could not imagine when he came to FC Groningen from Uruguay that he would turn out to be the player that he is now, because you could not see it during his first months, but after a while he started accelerating on the pitch and then he was unstoppable so he absolutely stands out.

Christian Eriksen and Jan Vertonghen were also fantastic to play with.

You touched on playing Champions League football. As a defensive midfielder are there opponents that you have faced through the years at European or club level that have stood out?

Playing against the likes of Real Madrid and AC Milan in the Champions League you play against many good players.

The one player who played in my position was Xabi Alonso and when you watch him play live he is very impressive.

I remember coming on as a substitute for Ajax against Real Madrid. He was a really really good defensive midfielder. That was my position at the time and I am now playing as a centre back.

Finally, Rasmus, you mentioned playing under Ronald Koeman during your time at Ajax. Are there other managers you have had at club level who have played a key role in your development as a professional footballer?

I think that almost every manager develops his players in one way or another.

During my time at FC Groningen I played under Ron Jans for two and a half years, and he really gave me the chance to break through and to play in the Eredivisie. That was really important for my career, so he was important for me.

I would say that the best manager that I played under in a pure tactical way was Frank De Boer at Ajax.

I spent six months under him after he took over from Martin Jol. Frank De Boer managed to change the way I play in that short space of time. He went on to win four consecutive Eredivisie titles with Ajax.

In a tactical sense and on the training pitch he was great.