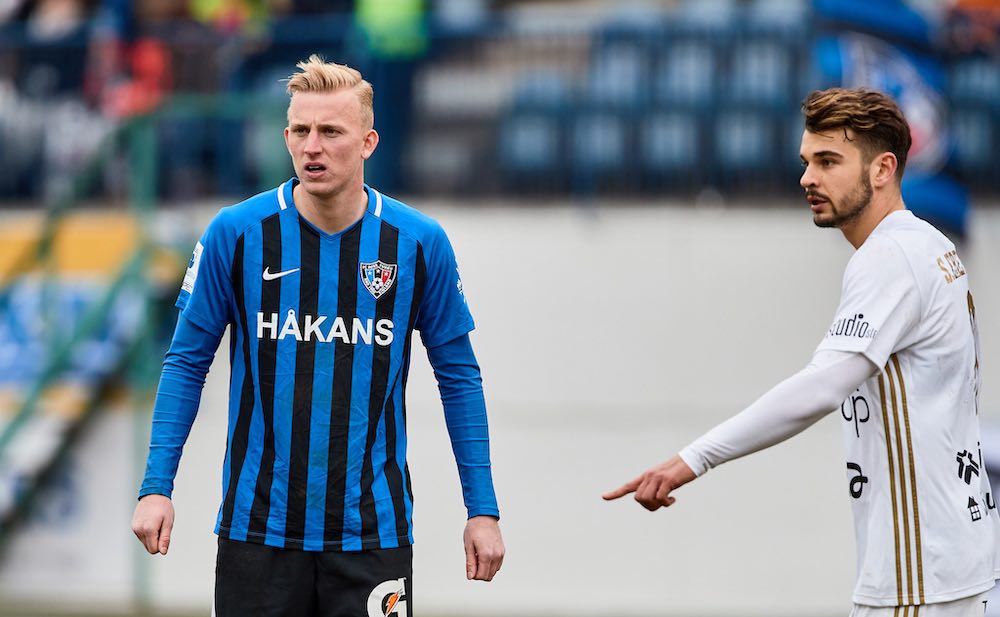 James Rowe spoke to Inter Turku defender Daan Klinkenberg exclusively for WFi. They discussed moving to Finland, and his time at FC Volendam playing against the likes of Donny van de Beek and Frenkie de Jong.

You signed for Inter Turku in January 2019. How are you enjoying your time in Finland so far and how would you describe the club?

I have really felt at home here at Inter Turku from day one. It is a very professional environment and a really friendly club where everybody works together, from the sporting director, players, and the back room staff too.

You spent the 2007/08 season in the youth academy of AZ Alkmaar in the Netherlands. How do you look back on your time there? Did you learn anything specific that has stood you in good stead for your career as a professional footballer?

I was very young when I went to the AZ Alkmaar youth academy. I was there for a year and a half from the age of 11. I realised even then the football world was a hard world.

Being picked up really early to go to training and coming home really late. My social life disappeared at that moment and I believe that experience made me quiet strong even at a young age.

You also came through the youth team and debuted for FC Volendam, playing four seasons in the first team. How do you look back on your time there, and what are your highlights?

During my time at FC Volendam I met many good people I still have contact with, and I also managed to make my debut in professional football which was a big highlight. That was in an away match against VVV Venlo.

All in all I had a great time at the club during nine years in total.

With your experience in the Netherlands and also now in Finland, could you say who are the best players you have played alongside so far in your career?

A good question that I will have to think carefully about, given my experience coming through the youth teams and first team football.

At FC Volendam I played alongside Joey Veerman for three seasons, and he is very good footballer who is so comfortable with the ball at his feet.

He is very calm in possession and is always proactive, looking for solutions on the pitch. A great midfielder.

Here at Inter Turku I play alongside Filip Valencic, and I believe at this moment in time that he is the best player that I have played with so far in my career.

He is almost a complete player. Quick and strong, and he has a good left foot too with a great technique.

I can imagine in your position as a defender that you have come up against many good opponents in your career to date. Are there any that stand out for you?

During my time with FC Volendam we played against Jong Ajax and players such as Matthijs de Ligt, Donny van de Beek, and Abdelhak Nouri were playing.

I thought that they were a fantastic group of players and you could see even then the immense quality that they have. It was a really good team.

In that match my direct opponent was Mateo Cassierra, and they also had Frenkie de Jong playing too.

I played against them in the season they won the Dutch First Division, and they were a really good team.

Finally, Daan, who are the coaches and the managers that have played a key role in your development as a professional footballer?

I would say Dennis Groot during my time in the B2 [U-16] team at FC Volendam.

He was the youth coach that moved me from midfield to central defence, and this ensured I quickly made a lot of progress. It was really good for my development and I still grateful to him for that.

I would also like to mention the then manager of FC Volendam, Robert Molenaar. I learned a lot from him, even through I did not play many matches.

I still hold him in high regard and I believe that he is a really good manager and he certainly aided my development as a professional footballer.