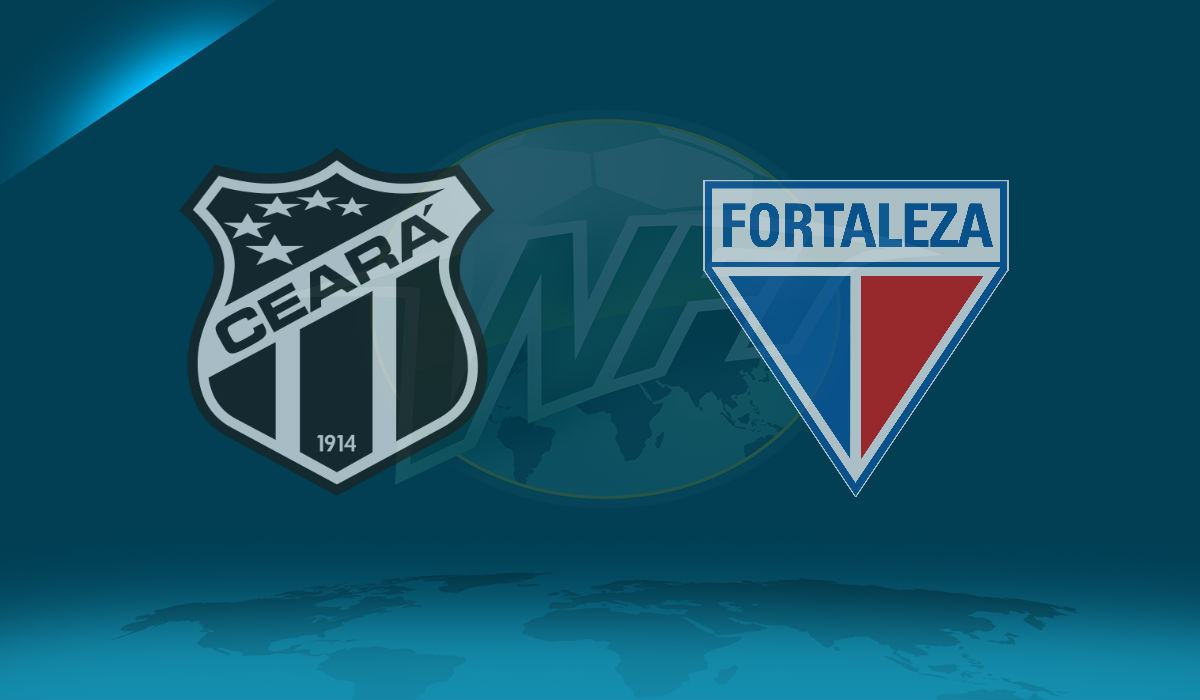 After 26 years, the battle between Ceara and Fortaleza finally took place in the top flight again yesterday.

In true derby fashion, it had it all the drama including, goals, cards, heated confrontations, and even had time to slot in a dubious VAR decision.

The Castelão was flooded with both sets of fans who before the game tried to get one up on each other with fireworks and some outstanding tifos.

The atmosphere inside the Castelão was electric, which soon fired on to the pitch come kick-off time.

It was the Vozão who got off to the better start, a free kick in the first minute of the game was whipped in by Ricardinho, meeting the head of Felippe Cardoso who struck the post.

Some exciting passing play on the right saw a low cross by Leandro Carvalho put it on a plate for Thiago Galhardo who tapped it home for his fourth goal of the campaign.

Almost instantly after the goal Ceara and Galhardo should have had a second. Some sloppy play from Fortaleza captain, Juan Quintero, left Galhardo one and one with the Felipe Alves, but he rushed his shot and the keeper made a good save.

One the 18th Minute a corner fired in by Ricardinho caught out the Fortaleza back line and saw Cardoso rush in and beat the keeper to the ball at the near post. It gave Ceara a two-goal cushion, and sent fans of the Vozao ecstatic.

Just before half-time there was huge controversy as Fortaleza were originally awarded a free-kick just outside the penalty area.

However, the foul looked questionable and there was the question of handball by playmaker Juninho in the build-up.

This did not stop VAR showing its ugly head and awarded a penalty which left the players of Ceara furious.

Fortaleza wasted no time in taking a chance to get back into the game as Juninho stepped up, blasting the penalty past Diogo Silva.

In the second half Ceara had the first big chance after a cross flicked on by Cardoso set up Lima, but Silva rushed off his line to make a fantastic save to keep his side in the game.

A lovely, well-placed through-ball from Romarinho sent in Andre Luis who, with a quick burst of pace, was one on one with Silva, but the keeper managed to keep out the Luis effort, which pleased his defence.

He realised the importance of that save with a first pump.

Fortaleza continued to press the pressure button, and an exquisite cross from Argentine Mariano Vázquez was not done justice by his teammate, Carlinhos, who should have done better with his header, but instead gave Silva a comfortable save.

A scuffle between Carlinhos and Wescley led to a mass confrontation between the players of both sides.

This saw both Carlinhos and Wescley booked, and this meant Fortaleza made it four games in a row where they ended the game with 10 men, as it was Carlinhos second bookable offence.

This made Ceara’s ending to the match more comfortable, and Fortaleza did not manage to trouble Vozão in the remaining minutes meaning Ceara were victorious.

The next time the pair will battle it out will be in November.