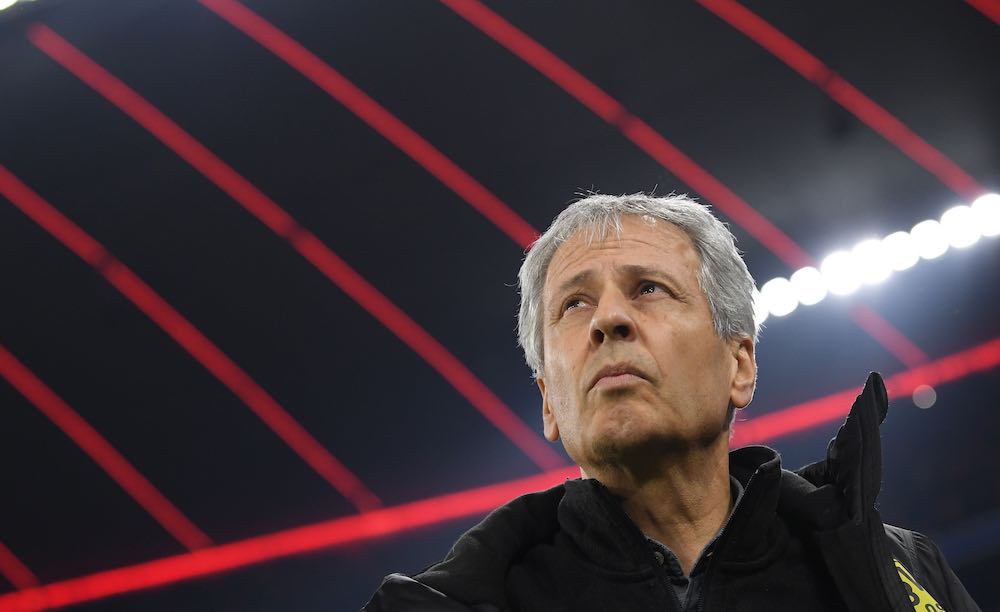 You’d be hard-pressed to find a Bundesliga season as unpredictable as this one. It’s had more twists and turns than any award-winning screenwriter could create and the script was torn up again last weekend.

This time it was Paderborn, the relegation favourites, rewriting the playbook against title favourites Borussia Dortmund.

It resulted in an eventful night and one that could prove to be a turning point in the tenure of Lucien Favre at Dortmund.

Despite the humiliating nature of their heavy defeat in Munich before the international break, this home game against Paderborn was seen as an easy three points for Dortmund; the perfect opportunity to get things back on track.

Even though Paderborn is not that far from Dortmund, just over an hour’s drive on the autobahn, it’s not really considered a derby game. Therefore, you cannot use the intangibles of what derby matches can throw up as justification for what happened in the first half.

Quite simply, it was a Dortmund performance devoid of quality, lacking in effort, topped off with tactical naivety.

Paderborn’s participation in the Bundesliga this season is a story in itself. It’s one that involves the good fortune of 1860 Munich being unable to obtain the necessary professional certification that prevented Paderborn from being relegated to regional league level.

For Paderborn to score three first-half goals was more than just another chapter in this incredible story, it looked to be the closing one for Favre.

Unsurprisingly, the half-time whistle was met with a chorus of boos and whistles from the home fans. The television cameras immediately found the Dortmund hierarchy in the crowd, looking for their reaction to what they’d just witnessed. Perhaps also looking for clues as to what might happen post-match.

Questions began to be asked of Favre after last season’s winter break, but the caveat to Dortmund crumbling under the pressure of a title challenge was that they far exceeded any pre-season expectations.

… but can Favre “turn the tide” at Dortmund? 🤔 pic.twitter.com/cNbOcaOwHQ

The same excuses cannot be made this year, especially following their summer recruitment. The brittleness that cost them the title last term has too often resurfaced this season and cost them a lot of points; perhaps too many to live up to their pre-season tag of title favourites.

The fact the Paderborn goals came from simple, direct through balls after Dortmund surrendered possession not only highlighted those defensive deficiencies but also exposed a suicidal high-line with two very slow centre-backs.

Favre used up his substitutions during the break and changed shape. The impact was instant, but ultimately not enough to undo the damage done. An injury-time equaliser from Marco Reus saved a point but wasn’t enough to rescue pride.

The feeling post-match was that it also may not have been enough to save Favre from the sack. However, Dortmund do not usually get panicked into making changes.

It did come with a warning: “but football is always about results.”

Favre will know that he has little room for manoeuvre especially as his team now sits in sixth place, five points adrift of leaders Borussia Mönchengladbach.

“Football is for everyone – women’s team now!”

The subject may be raised at Sunday’s AGM, although I’m not aware that any official motion has been submitted.

Rivals Bayern and RB Leipzig are four points ahead and both in good form. Bayern’s impressive 4-0 victory away at Fortuna Düsseldorf continued their resurgence under temporary boss Hansi Flick. Leipzig, meanwhile, enjoyed a comfortable 4-1 win at home to Köln and are back playing the type of football that brought them so many plaudits early season.

I have some sympathy for Paderborn. Their performance on Friday night deserved more attention and credit than they received. Understandably, that’s a consequence of their opponent’s stature and predicament.

It should be said that any plaudits will be of little compensation to Paderborn though. Had they been able to hang on for just a few more minutes, it would have been three absolutely vital points. If they are to have any hope of surviving this season that win could potentially have been just the springboard they needed.

Instead, that one point still leaves them languishing at the bottom of the table, two points behind Köln. Aith Augsburg and Mainz both picking up wins, it means they are still six points away from Düsseldorf, Hertha Berlin and Werder Bremen.

So, for all the ‘what could’ve been’ this weekend for Paderborn, the future still looks pretty bleak.

The same could be said for Favre. With Dortmund heading to Barcelona midweek and then going away to Hertha. It’s going to take something dramatic for both to change their current storylines.