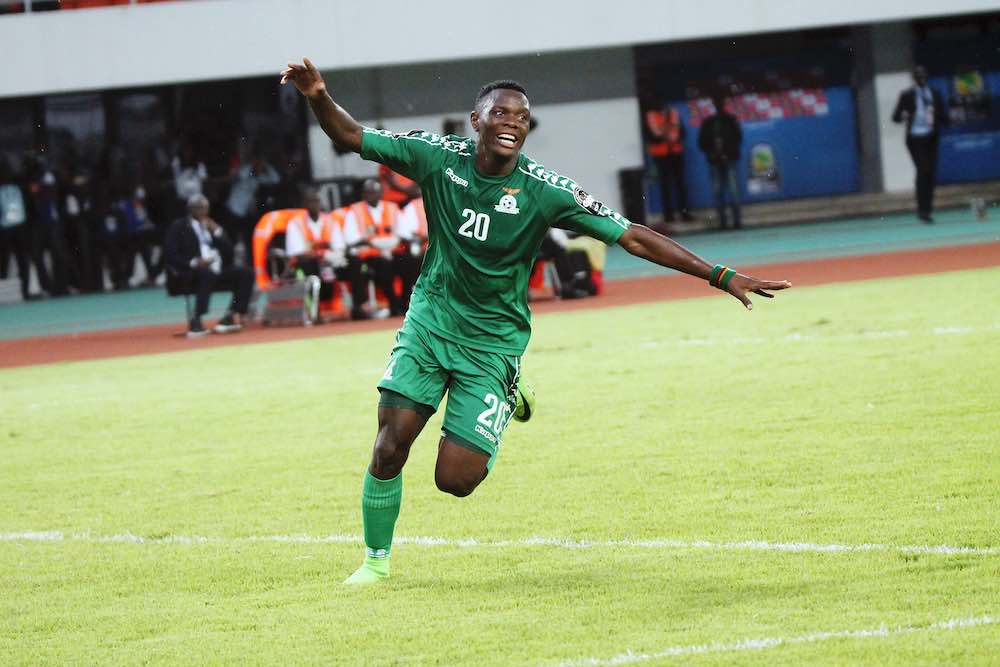 The 2019 Africa U-23 Cup of Nations kicks off in Egypt this week when a host of young stars will be looking to make an impression on the international stage.

All matches will be held in Cairo at the International Stadium or the Al Salam Stadium, and the three teams (the winners of the semi-finals and the third-place playoff) will qualify for the Olympics men’s football tournament in Japan next year.

Each team is packed with talented players who represent clubs across the world of football, from the United States to Finland, with a number of players playing their club football in the host nation itself.

Nigeria are the reigning champions and generally impress at youth level, but defending their crown will be a difficult task.

The star players will emerge as the tournament progresses but for now here are some players to watch from each of the eight teams.

While all the attention at RB Salzburg may be on Erling Haaland, Hwang Hee-chan, Takumi Minamino, Dominik Szoboszlai, and WFi favourite Sékou Koïta, Daka is quietly one of their more impressive and productive players.

The 21-year-old has 12 goals in 12 games in the Austrian Bundesliga so far this season, and regularly starts alongside the more celebrated Haaland, who also has 12 goals.

Daka already has 20 senior caps, so is one of the most experienced international players in this tournament.

The striker has already made his mark at senior level, and comes into this tournament on the back of five goals and three assists for Italian Serie A side Genoa this season.

He played over 3000 minutes for the Liguria club last season and is an integral part of their team, so Ivory Coast have done well to secure his services for this tournament, for which clubs are not obliged to release their players.

Kouamé will be looking to capitalise on this opportunity to make an impact on the international scene, and will be hoping to top the scoring charts for one of the continent’s footballing powerhouses.

Another of Côte d’Ivoire’s next generation of players destined for the senior side includes the Toulouse 21-year-old, Sangaré.

The tall, rangy midfielder, is a regular for his club and already has five caps for his nation’s senior side.

He’s one you won’t be able to miss rather than one to look out for, should he take to the field for Ivory Coast.

Nigeria’s No. 9 is one of a number of players who make the dream move to the English Premier League but find themselves struggling to attain a work permit once they arrive.

Awoniyi has spent time with Liverpool’s youth sides but has so far spent the majority of his career out on loan due to work permit issues.

“It saddens my heart that it’s been difficult to get a work permit for the past four years,” he told the BBC in April.

“Everyone knows the importance of the work permit and how it works, and that you’d need to play for your national team.

“If you don’t get a chance with your national team then it becomes difficult to get it.

“Personally, I chose Liverpool because I would love to play in the English Premier League for Liverpool.”

Now on loan at Bundesliga side Mainz, but yet to score a goal for them or work his way into the first team, this tournament could be important in convincing Nigeria that he deserves those all-important senior caps which will help with his work permit problems in England.

Liverpool certainly has faith in him, as he signed a new long-term deal with the club in 2018.

Evina is currently on the books at German giants FC Bayern, but like many young players at such a club he has to get his first-team football on loan elsewhere.

The explosive, skilful winger is currently at German third division side Uerdingen 05 where he scored four goals in his first four games for the club, including one against Bayern’s reserve side who play in the same league.

“Franck is physically huge, which is a real edge,” former Bayern defender Mats Hummels said in 2018, after seeing Evina play in pre-season. “He can play an important role in the coming years.”

Evina could have chosen to play for Germany, having represented them at U18 level, but chose the country of his birth in order to emulate his idol, Samuel Eto’o.

“It is my love for Samuel Eto’o that spurred me to play for Cameroon. I’ve always admired him, he is a wonderful striker and I wanted to play like him,” he told the BBC in November 2018.

“The thought of playing for Cameroon just like my role-model was too attractive to ignore. Watching Eto’o play for Cameroon was exceptional and getting to know that I can play for the Lions like him is incredible.”

This will be the first time he has represented Les Lions Indomptables.

Sobhi will be a familiar name with fans of Stoke City and Huddersfield Town after playing for both clubs during their time in the English Premier League.

Both have since been relegated, while Sobhi also failed to impress in England, and is currently on loan from Huddersfield at his former club back in Egypt, Al Ahly.

But he is still only 22, and still possesses great attacking ability, and is considered by many as the best player going into the tournament.

Big things have been expected from the Soweto-born striker for some time, and Ligue 1 side Monaco made sure they picked up the tall, talented forward this summer before loaning him out to Belgian side, Cercle Brugge.

He’s yet to score this season despite making a handful of appearances, but his role can be more about bringing others into play rather than poaching goals for himself.

Foster was one of our players to watch at the senior Africa Cup of Nations earlier this year, but he failed to make an impact. There is still plenty of time for the teenager, and this tournament could be his chance to shine.

The highly-rated 18-year-old defender signed a professional contract with Paris Saint-Germain in 2018, and has attracted interest from a number of clubs across Europe since.

There were rumours of a move to the Premier League during the previous transfer window, as the France-born centre-back who can play on either side seeks the first-team football he is not currently getting at the Ligue 1 champions.

This tournament could be the perfect stage for him to showcase his talents, and convince Thomas Tuchel he deserves his first-team debut, or attract further interest from other clubs.

The 21-year-old winger stands at 5ft 5in (165cm) and plays his football in Finland for the Helsinki-based club, HJK.

He has been with his current side since 2016, playing numerous games in Champions League and Europa League qualifying, as well as regular appearances in the Finnish league.

A left-footed winger or inside forward, he already has one cap for the senior squad which came back in 2017.