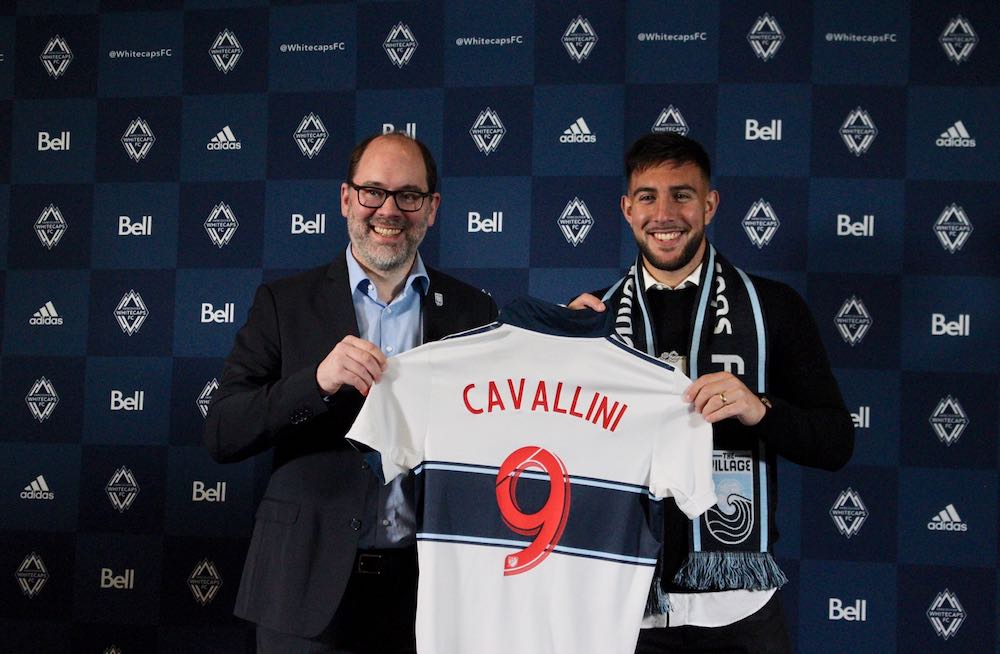 By Sebastian Pereira in Vancouver.

Major League Soccer teams have continued to spend the big-bucks this offseason, with the Vancouver Whitecaps announcing early Monday morning the acquisition of Canadian international striker Lucas Cavallini for a club-record fee from Liga MX side Puebla.

It was initially reported the cost for the forward would be around $6 million dollars, but during the introductory press conference the Whitecaps didn’t go into detail for the specifications of the contract.

Cavallini, who scored 29 goals during his time in Mexico, will occupy a Designated Player slot for the 2020 season, and has big aspirations for the campaign ahead.

“We’re going to take it game by game, obviously the big objective is to make the playoffs,” said Cavallini.

“They paid plenty of money for me, so I got to give back with what I’m capable of.”

The transfer shows a sign of intent from the Canadian side, as the league has seen an imperious rise in spending over the last couple years, with several teams slowly becoming more hooked on paying large figures for better talent to contest with the likes of big-spending teams, such as Atlanta United and LAFC to name a few.

Now with the Whitecaps following suit, Axel Schuster, described the marquee signing of the man they’re calling “El Tanque” as a player who fits the profile the club is building, but also an example of finding an answer to the club’s goalscoring issues no matter the amount of money.

“It was not about spending money, it was about finding the right profile,” explained Schuster.

“Then finding a solution if they [the owners] are open to spend the money that is necessary for this player.

“To spend a lot of money is easy, but if you don’t spend it in the right way, it won’t help you.”

It looks like the ‘Caps aren’t done spending either, with more reinforcements on their way before the new year.

“There are still some days in the month, so yes we are working on that”, added Schuster.

“The wish for me and for Marc [Dos Santos, head coach] is to bring in more signings before January 18.”

Cavallini and the Whitecaps will begin their MLS campaign on February 29th at BC Place against Western Conference adversaries Sporting Kansas City and their new signing Pulido.