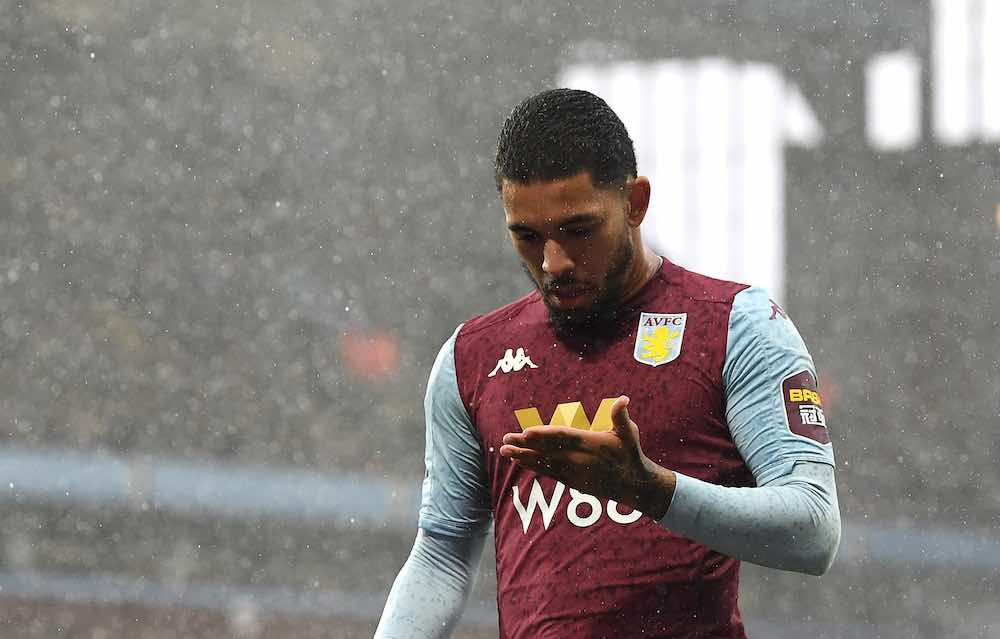 Since signing for Aston Villa in the summer of 2019 from Manchester City, Douglas Luiz has been labelled as a flop by a minority of supporters who believe that he carries with him a ‘doesn’t care’ attitude.

But on the face of it, the 21-year-old has enjoyed life at Villa in the Premier League, having scored three goals and registered two assists.

He has also been a massive boost in midfield, making passes which other players at his age wouldn’t see.

Luiz is used more as an enforcer under Dean Smith due to his strength and pace, as well as a keen eye for goal which has been seen at Villa Park on the occasions he manages to get forward.

Some fans on social media have claimed the midfielder doesn’t care about his performances in a Villa shirt and is more worried about his social media profile and the contents of his pay packet at the end of the week. Although it has to be pointed out that this is a minority group.

On his day he’s the best midfielder in the starting line-up for Aston Villa behind captain Jack Grealish.

The Brazilian arrived in England after signing for Pep Guardiola’s Manchester City for £10.8m which highlights the players potential. Guardiola wouldn’t just sign any player, but due to work permit issues, Luiz was sent out on loan to La Liga side Girona where he spent two seasons.

With claims of the signing being £15m down the drain for Villa, Man City included a buy-back clause rumoured to be around £25m, reinforcing the high potential Luiz is yet to achieve in his short time with Aston Villa.

Making 22 appearances for the Villains, eight of those coming off the bench, the midfielder, on occasions, has shown his potential, but is yet to find consistency.

Luiz does turn up when called upon for his side, whether it’s making a goal-line clearance or winning the ball back following a turnover, he’s shown what he can do. All that is left to do, is be consistent.

Every supporter is hopeful that Luiz can unleash his potential onto the Premier League, and that this comes sooner rather than later.

He has every attribute to make it, becoming a generational talent and the focal point of the Brazilian national team, as well as an Aston Villa side looking to establish itself in the English top flight.