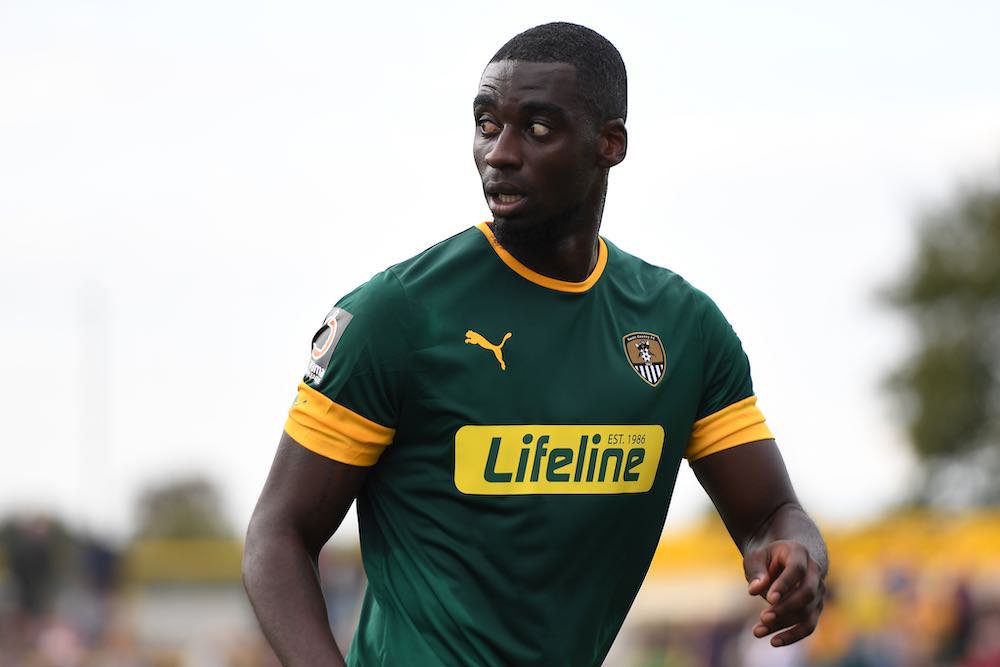 James Rowe spoke to Notts County’s Dutch winger Enzio Boldewijn for WFi. They discussed the best players he has played with and against, the difference between English and Dutch football, and the most influential coach in his career to date.

You signed for Notts County in 2018. How are you enjoying your time there so far, and how would you describe the club?

“The season before I signed for Notts County, I had a good season playing for Crawley Town, scoring ten goals and providing ten assists.

“I had hoped to make a step up the following season and I received a lot of interest but Notts County, who finished 5th in the league that season, just missing out on promotion, really showed that they wanted me and it felt good that a team showed how much they wanted me.

“Notts County are a big club with a rich history, and when I first arrived it was a very professional setup, being much bigger than I was used to.

“Playing at Meadow Lane in front of 7000 fans it is a great experience. Notts County are very much a family club with fanatic support.”

You came through the youth setup at FC Utrecht where you went on to make first-team appearances. How do you look back on your time there, and did you learn anything that has stood you in good stead for your career as a professional footballer?

“Yes, I arrived in the FC Utrecht youth setup at the age of 13, and from the first moment I fell in love with the club.

“I really enjoying going to training to the point that my education was flagging because I only wanted to play football.

“I went on to develop in the youth academy, and whilst at Jong Utrecht I received a call from the then Utrecht manager Erwin Koeman inviting me to train with the first team in pre-season.

“I had just turned 18 and it was a great experience in pre-season and I managed to make my debut in the first match of the season.

“Everything went quickly, and if I look back I would have done a lot of things differently in terms of nutrition and getting sufficient rest, but also being more brutal. For example, I was playing with older players such as Alje Schut and Frank Demouge, who were in their 30s and I really respected them all.

“l look back on times that I gave a cross-field or through-ball pass instead of taking on a shot myself, that is what I could have done better.”

You have experience playing in the Netherlands and now England. Do you notice a big difference between Dutch and English football?

“In England there are many teams that play long ball and are physically demanding. I must say I played against many good teams in England that play good football.

“I would say that the biggest difference between the two countries is that teams play better football in the Netherlands.”

Could you say who are among the best players that you have played with so far in your career?

“During my time at FC Utrecht I played with many good players. I played with Mike van der Hoorn, who currently plays for Swansea City. We grew up in the youth academy together and we both broke through at the same time.

“Also, training with the likes of Dries Mertens and Ricky van Wolfswinkel. I was really impressed with Dries Mertens. He was not the biggest player in terms of height, but he had great technical skills — much better than the players around him at that time.

“I remember that match we played against AZ Alkmaar in which we won 6-0 and he scored a beautiful goal. I would say that he is the best player that I have played with.”

I can imagine in your position as a winger you have come up against good opponents. Are there any that stand out?

“I remember during pre-season at FC Utrecht we played against Malaga, and Ruud van Nistelrooy was playing for them and he was a difficult opponent to play against. As a young player, I really looked forward to playing against him, and it was nice to measure myself against a player of his calibre.

“During my first season at Crawley Town in England we played in the FA Cup against Wolverhampton Wanderers and coincidently I scored in that match, and you could see how good they were. They remain one of the best teams that I have faced so far in my career.”

Finally Enzio, You mentioned Erwin Koeman during your time at Utrecht. Could you say who are the coaches and managers that have played an influential role in your development as a professional footballer?

“I would say that Jean-Paul de Jong played an influential role in my development as a professional footballer.

“He was my coach over a period of five years at Utrecht and he knew me through and through, and really contributed to me becoming the player I am today.

“I made my debut under the then manager, Erwin Koeman, but Jean-Paul de Jong was the coach that taught me the most in terms of football and life on and off the pitch.”