Gattuso: Napoli Need To Be Nastier If They Are To Turn Their Season Around 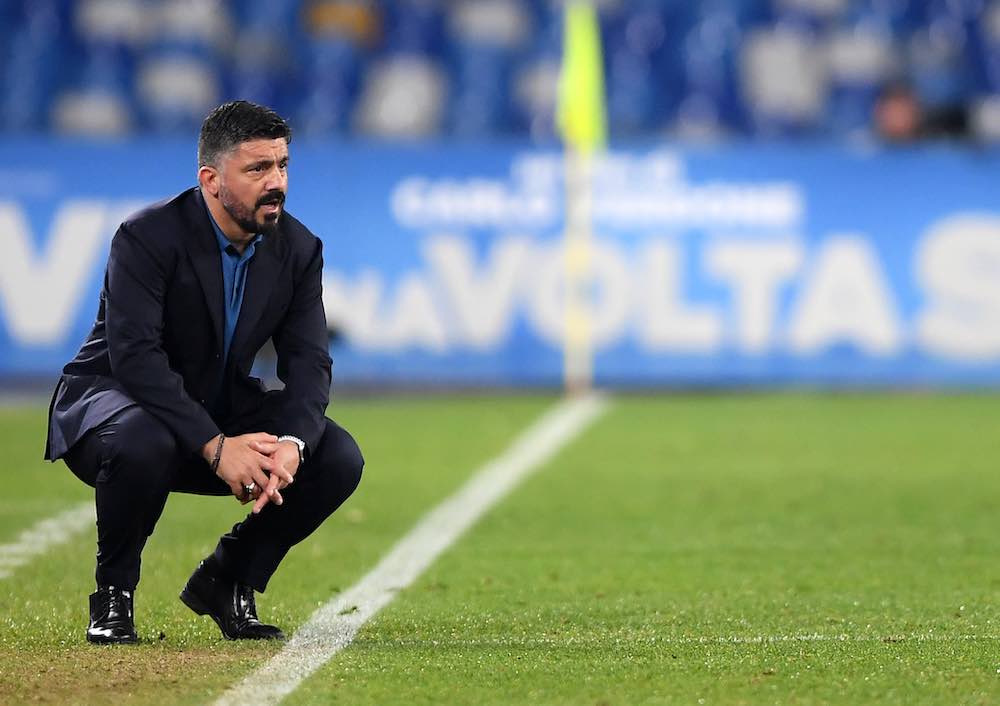 Napoli’s struggles continued after a 2-0 defeat at home to Fiorentina.

Federico Chiesa and Dusan Vlahovic each scored for the Viola, and though recently acquired forward Patrick Cutrone didn’t have an impact on the scoresheet, the forward’s presence was noticeable and he supported Chiesa throughout.

Chiesa put in a strong performance and scored the first goal while also setting up the second with a nice pass to Pol Lirola.

The fullback found Vlahovic who put the match to bed with a nice curler which goalkeeper David Ospina had little chance of saving.

For Fiorentina, the change on the bench was much needed. Since Giuseppe Iachini replaced Vincenzo Montella as manager, the club has gone undefeated in four matches. Iachini has won two and drawn one in Serie A, and won against Atalanta in the Coppa Italia.

Napoli also made a change behind the bench this year as they fired Carlo Ancelotti and replaced him with Gennaro Gattuso.

Since the date of Gattuso’s hiring, Partenopei have managed to win one of five league matches. Meanwhile, in their last twelve games, they have won just once.

Gattuso spoke to DAZN after the game, stating: “It’s a crushing loss for us that’s for sure. I was expecting a solid game. I can’t explain why we performed this poorly but we aren’t looking for any excuses either. We have to improve.”

The Italian manager also spoke to Sky Sports: “There is concern on my part. The team got everything we had prepared in the week wrong. We lack the competitive fury.

“We need to think carefully about where we want to go. Today we have hit rock bottom. Technique is not enough to get out of this situation, you need nastiness.

“The Coppa Italia the opportunity to start again? We watch game by game. To get out of this moment, we have to look at each other’s faces and talk. The team is back in retreat. We all made the decision together.”

Napoli’s week does not get easier as they face Lazio in their next match in the Coppa Italia, followed by Juventus in their next Serie A game.