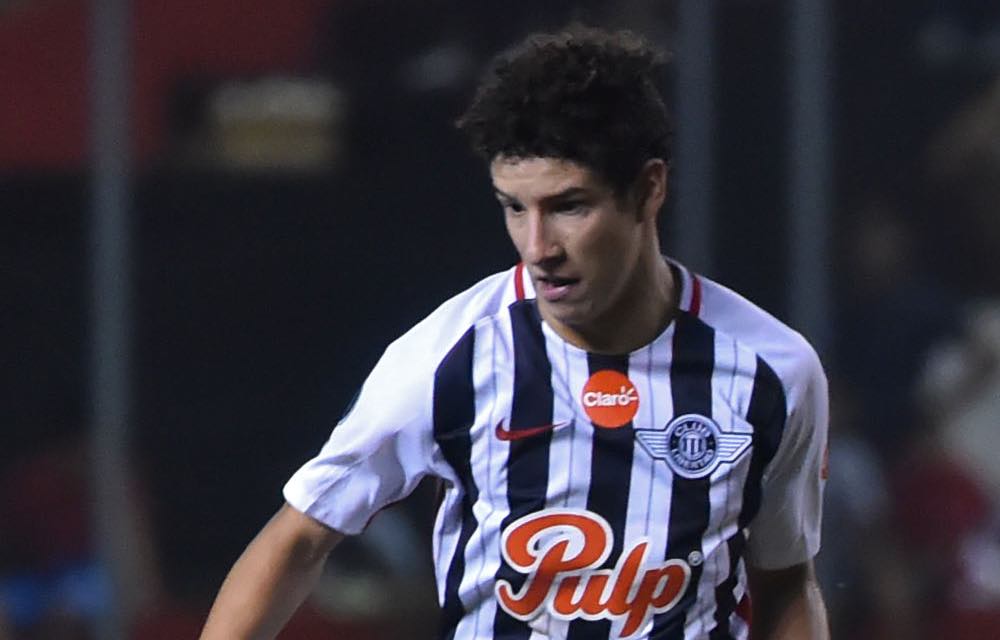 This week, for the first time since 2004, Olympic qualification returns to South America.

In more recent times teams have earned places based on their performances during the Conmebol’s U20 championships.

The matches will be played in Colombia starting on January 18th till February 9th.

One player eager to impress in the upcoming fixtures is Ivan Franco.

Franco is a promising 19-year-old talent from Paraguay, who will be participating in his first Olympic qualification tournament.

“Qualifying for the Olympics means a lot to us,” Franco told WFi.

“We are defending an entire country that trusts and motivates us. For this reason, we need to achieve important things which can help us in the future with the senior team.”

Paraguay have played five friendlies at under-23 level since last year in preparation for the event. During this period, Lá Albiroja have gone unbeaten in all their matches (winning three and drawing two).

“The mood amongst the squad is more than good, we have had several friendlies with countries that are at a good level and we measured ourselves quite well against them,” adds Franco.

“We secured some important results, and that helps us be more confident going into the qualifiers.”

The Paraguayan Football team last qualified for the Olympic Games in 2004. On that occasion, they made history by earning the countries first and only Olympic medal in any event.

For this reason, the importance of Paraguay earning qualification is high. Head coach Ernesto Marcucci understands the expectation of Albirroja fans, and has increased the demands in training.

“We are training at a good pace, doing two different sessions every day, which helps us to improve and strengthen the bond we have as a team,”  said Franco.

“The positive aspects are that we have been able to form a united group, which helps us improve each day, so we can achieve important goals.”

They will be only two representatives from South America in Tokoyo out of a possible ten and Franco believes Paraguay has a strong chance of being one of those.

“Important work is being done, I believe that the Paraguayan national team is preparing very well and that will be demonstrated in the field of play,” he said.

Franco enjoyed a fantastic season last year with his club side Libertad. In the league, he scored 11 times as well as providing six assists for his teammates in 37 seven matches.

It wasn’t just in the league that Franco impressed, as he also helped his side lift the Paraguayan cup.

His performances have already earned him a senior cap for the national team, and now he’s looking forward to representing his side at the Olympic qualifiers.

“The truth is I feel huge pride, it’s a unique sensation representing your country, something that every player dreams of,” he added.

“Obviously the first objective is to qualify for the Olympics, this is very important to me.

“After that, my focus will be on club football, where I hope to achieve certain goals in order for God to allow me to be in the senior team for the World Cup Qualifiers.”

Loading...
Newer Post
Gattuso: Napoli Need To Be Nastier If They Are To Turn Their Season Around
Older Post
10 Players To Watch In South American Olympic Qualifying