Dominique Bloodworth On Joining Wolfsburg And Playing Alongside Miedema 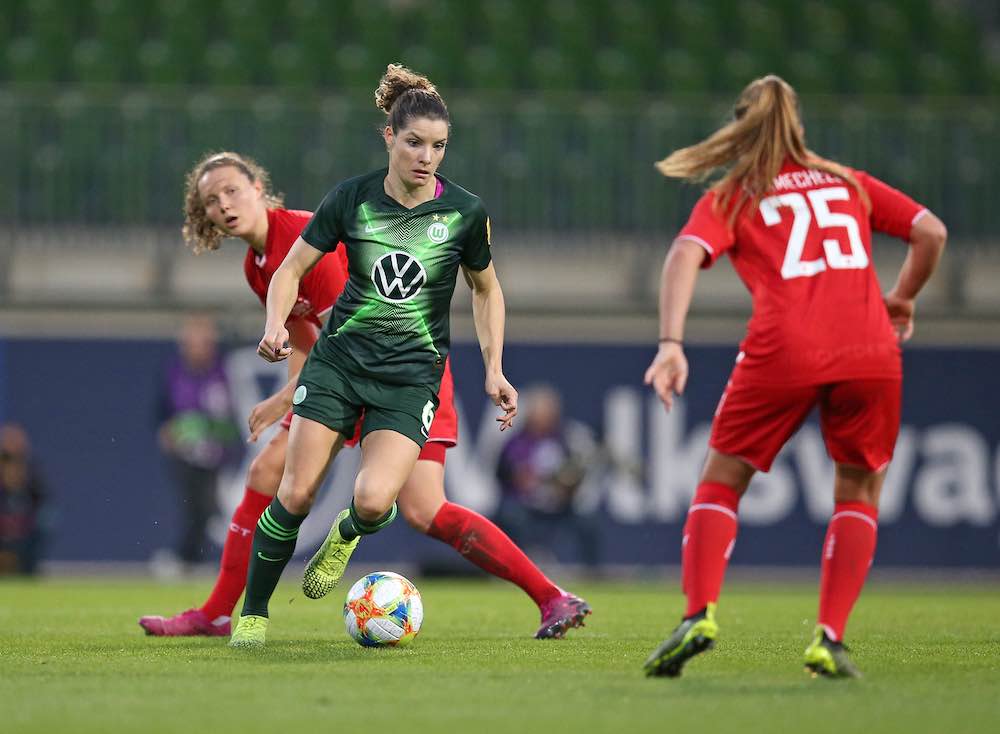 James Rowe spoke to Wolfsburg’s Dutch defender Dominique Bloodworth for WFi. They discussed her move to Wolfsburg, time at Arsenal, and playing for the Netherlands national team at a World Cup.

You are currently playing for VfL Wolfsburg in Germany and the team is in great form both domestically and in Europe. What do you believe are the key qualities of the team?

“I believe that we are all focused as a team. We have some world-class players, too, and everybody wants the team to do well.

“It does not matter who scores the goals we are all aware that it is a team effort. All the players want to fight for the team and we give everything together in order to achieve success.

“I arrived at the club in the summer of 2019 and I am really happy that I have taken such a step in my career. I had four great years at Arsenal in England and I was weighing up the possibility of a new challenge and the challenge of VfL Wolfsburg came up.

“I have been really well received by team-mates and I feel the respect from them. I also have a lot of respect for my team-mates.”

You lead me nicely to my next question you mentioned your four seasons playing for Arsenal in England. How do look back on your time at the club and do you have any particular memories or highlights?

“I arrived at Arsenal in 2015 as a girl, after a World Cup where I came on as substitute during one match. I came to Arsenal without status and before that, I played two seasons for SGS Essen in Germany.

I wanted to ask you about last summer’s Women’s World Cup in France where the Netherlands reached the final. How do you look back on the tournament?

“I was very satisfied with my own performance and it was the first major tournament where I played from the beginning in the starting eleven, and that was also a new experience.

“I believe that I grew during the tournament and It was very exciting to play at the World Cup in France and we can be satisfied how well we played in the tournament. We reached the final and we were unfortunate not to win the World Cup.

“Reaching the final was something very special and I am really proud to have played an important part in that.

“Therefore my appetite has also grown as it was my first major international tournament and I want to play as many major tournaments in my career and continue to improve as a player.” 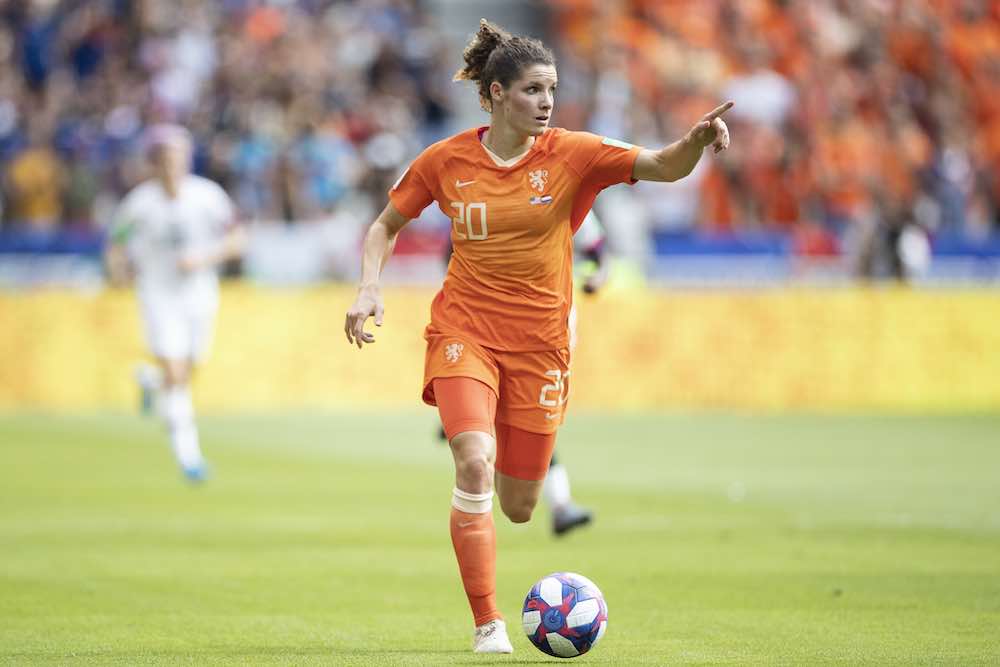 “Vivianne Miedema is a very special player, and now I play at VfL Wolfsburg with Pernille Harder who is also a world-class player. It is very special to play with these types of players. You notice the certain qualities they both have when you train with them, and it is great to encounter such players during your playing career.

“Vivianne Miedema scores goals really easily, and although people think it is easy when the ball is played for you to score goals, you still have to do it and she scores goals regularly.She is still very young and what she is achieving in her career so far is very impressive.”

I can imagine in your position as a defender that you have come up against many good opponents. Are there any that stand out for you?

“My current team-mate Alexandra Popp is also a very good player. I told her when I arrived at the club that I often found it difficult to play against her when facing her as an opponent against Wolfsburg. It is a dream to play alongside her now.

“It is also nice to think about how things started out and how paths cross in a playing career. It also gives perspective in terms of starting my career playing against her and now having her as my team-mate. It shows how far I have come in my development.”

Finally, Dominique, could you say who are the coaches or managers that have played a key role in your development as a professional footballer?

“I believe that since I have been involved in professional football and I debuted at the age of 18 that all my coaches have influenced my career in a certain way because I am very eager to learn, and when a coach sees a player that is eager to learn they really want to help them.

“At SGS Essen and my debut in professional football, the then coach Markus Hogner played such an important role in my development. At Arsenal, I played under Pedro Losa and he showed confidence in me to bring me to the club as I was still young at that time.

“When he left, Joe Montemurro arrived and I thought he was also a very good manager that continued to give me confidence, and that helped to improve my performances in order to make progress in my career.

“At my current team, Wolfsburg, we have a very good coach in Stephan Lerch and that the team is a good fit for me.

“They want to help me to improve even more as a player and I notice that in particular during training.

“In terms of the Dutch national team, Sarina Wiegman has played a big part in my development at international level. She has been there during the whole process of entering the Dutch national team and even when I was not playing at my best she would often say: ‘If I look at how much progress you have made in your career so far in terms of playing at a very high professional level I am very proud of you.’

“It is nice to receive such confidence from the current Dutch national team manager.

“I also believe that with my personality it is possible for the coaches to have a positive influence on me so in that respect I give a shout-out to all my coaches.”