Moussa Sanoh: ‘When You Have PSV On Your CV People Take Notice’ 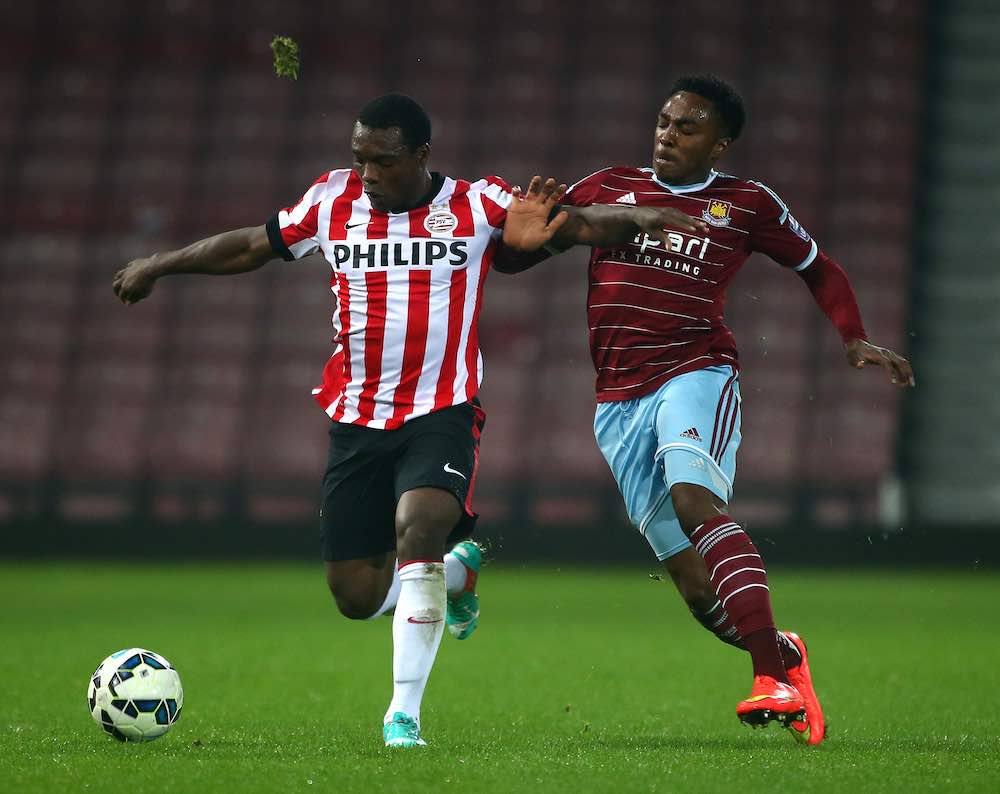 James Rowe spoke to Dutch winger Moussa Sanoh for WFi. They discussed his time at PSV Eindhoven, playing for the Netherlands youth team, and the guidance he has received throughout his career to date.

You signed for Romanian team CS Gaz Metan Mediaș in 2019. How are you enjoying your time at the club so far and how would you describe the club?

“I am enjoying my time at the club so far and it feels like being part of a big family.

“The current manager Edward Iordănescu brought me to the club after my contract ended with my previous club FC Politehnica Iași. He told me that he was impressed with my game when I played against CS Gaz Metan Mediaș last season.

“I believe that we have a good team that can grow together and play good football.

“CS Gaz Metan Mediaș is not a big club in Romania but that have a great history. I don’t know if you can compare them to a team from the Netherlands but I would compare them to FC Utrecht in that respect.”

You came through the youth setup at PSV Eindhoven also going on to make appearances for Jong PSV. How do you look back on your time at the PSV youth setup, and did you learn anything in particular that has stood you in good stead for your career as a professional footballer?

“Yes, I played almost my whole youth career at PSV Eindhoven, apart from a short spell at NEC Nijmegen, and I must say that a lot of people take notice of that.

“When you arrive at a new club and you state that you have a history at PSV you are taken seriously. My time at the club really helped me to develop as a professional footballer.

“When you have PSV on your CV, they are a big name. When you go abroad you can really see the value attached to a club such as PSV Eindhoven.”

You also represented the Netherlands at youth international level. Do you have any highlights?

“Yes, I represented the Netherlands from U15 to U19 level. I remember scoring twice in my first ever match against Turkey at under 15 level. You never forget a match like that.

“I also remember a heavy 6-0 defeat to Germany featuring players such as Julian Brandt who now plays in the Bundesliga for Borussia Dortmund.

“I look back on some good years representing the Netherlands and playing at the time with the best young players in the country such as Anwar El Ghazi, Ricardo Kishna, Tonny Vilhena, and Jorrit Hendrix and I have great memories that nobody can take away from me.”

Given your experience at club and youth international level. Could you say who among the best players that you have played with so far in your career?

“I must say that Jurgen Locadia is among the best players that I have played with. He currently plays for Brighton & Hove Albion in England.

“Playing with Vicent Jannsen in the youth teams of NEC Nijmegen you could see even then that he is a good striker.

“At PSV Eindhoven, playing with Memphis Depay, and when representing the Netherlands at youth level Nathan Aké was playing for Chelsea FC at a young age and Tonny Vilhena at Feyenoord too. It is great to play alongside such players.

“Jorrit Hendrix at PSV showed leadership qualities from a young age captaining the youth teams. I have been fortunate to play with many good players.

“Ricardo Kishna remains one of the best wingers that I have come across. I believe that if he’s fit and playing well he could even be of use for the Dutch national team as he is that good.

“I must also not forget Zakaria Bakkali during my time at PSV Eindhoven he was also a very talented player.”

I can imagine in your position as a winger that you have come across many good opponents through the years. Are there and that stand out for you?

“Julian Brandt really stood out for me and he made a transfer from Bayer Leverkusen to Borussia Dortmund in the summer transfer window.

“In my opinion, when I played against him at youth international U19 level, he was still a normal player. When he went on to make his debut for Bayer Leverkusen he began to shine.

“During my time at PSV Eindhoven we played a match against FC Copenhagen and Pierre-Emile Højbjerg. He went on to play for Bayern Munich and is currently playing for Southampton FC and you could see even at that time that he really stood out in the midfield with such great character at a young age. He was a real leader too.”

Finally, Moussa, could you say who are the coaches or managers that have been influential in your career as a professional footballer?

“I am a player who wants to show my quality and I am not a player who would step to the manager to ask why I am not playing. I do not ask for anything. I like to train and give 100 percent.

“During my time in the NEC Nijmegen youth setup, I needed a bit of guidance in terms of liquids and nutrition and I reflect on that as being very young.

“At NEC Nijmegen I remember Iddo Roscher who would often hammer that I must give 100 percent. For example, we would do training drills to the edges of the pitch and sometimes as player you don’t want to go to the edge and you cut a bit off.

“He would then call you and ask: ‘Why did you not run until the end of the pitch?’ and you would then have do explain.

“He would respond with: ‘So if you are ready to make a big step in your career, you are going to go back?’ These things stay with you during your career.

“Fabian Krebbers at NEC Nijmegen played a key role as the youth teams at NEC there. At the time we were able to fight for the youth title with Ajax, PSV Eindhoven, and Feyenoord, and we ended up finishing third.

“At PSV Eindhoven you were left to develop but you had to show respect for every manager that was stood in front of you. Chris van der Weerden really helped me a lot.

“Looking back on my time at PSV Eindhoven maybe I should have talked more, for example when you have a manager like Phillip Cocu in front of you, it is well a big name.

“I did not manage to create a bond with Phillip Cocu and that is a shame but that is how it goes in football but I have respected every manager that I have played under. Football is not honest at times and I am someone that values honesty.”

Loading...
Newer Post
Filip Kostic Is Now The Star Of The Show At Eintracht Frankfurt
Older Post
Despite Successful Transfer Window Milan Will Still Miss Out On Europe