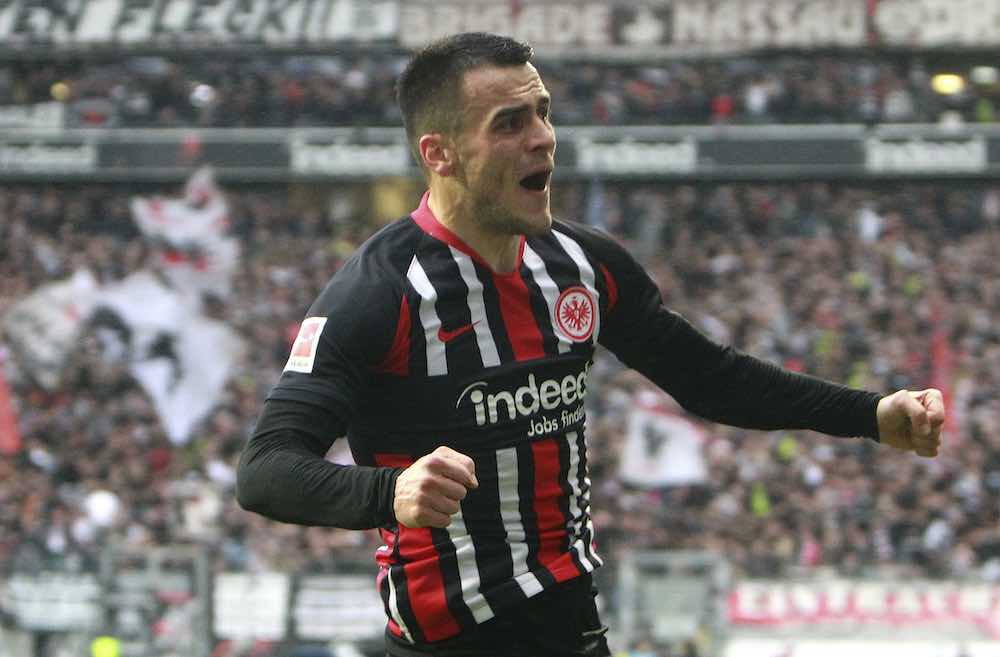 Eintracht Frankfurt lost the core of their attack this summer when Ante Rebić, Luka Jović, and Sébastien Haller departed for AC Milan, Real Madrid, and West Ham United respectively ahead of the new season.

Rebić played a big part in the club’s DFB Pokal win in 2018, and the latter pair were considered among the most promising attacking players in Europe outside the Champions League, before leaving the club.

It left the Eagles depleted up top but, importantly, they were able to retain the services of another of their star players from the 2018/19 season, Filip Kostić.

Behind the younger Haller and Jović, Kostić was one of the more underrated stars of that campaign which saw the club reach the semi-finals of the Europa League.

The left-winger contributed 10 assists in the league and two in Europe, also netting six goals in the Bundesliga and four on the continent.

The former Hamburger SV star has really settled in Frankfurt and already has two goals and six assists to his name in the league so far this season.

Without the aforementioned stars alongside him, he has been the club’s standout player, supported by Gonçalo Paciência, Bas Dost, and goalscoring centre-back Martin Hinteregger.

It was Kostić who sealed Eintracht Frankfurt’s win against league leaders RB Leipzig, in a game in which Julian Nagelsmann’s side dominated but were unable to create any clear chances. 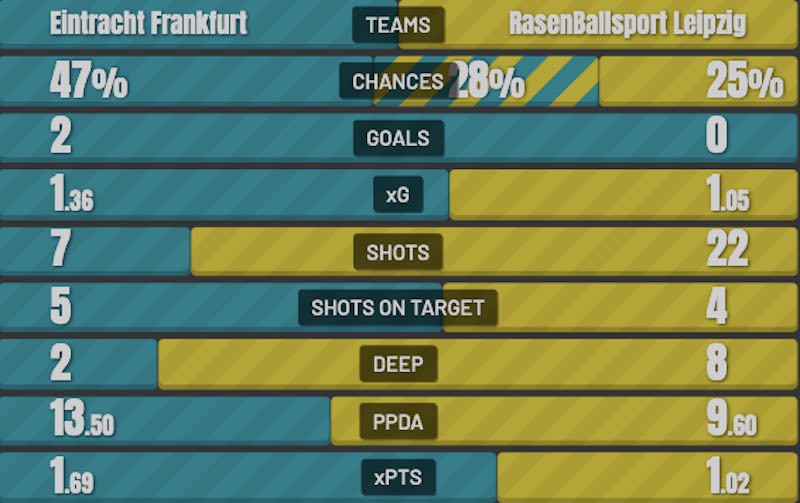 Leipzig had 23 shots in total but only four on target, and only one of them registered as a ‘big chance’ as per Opta’s definitions.

That chance fell to Timo Werner late in the game, but the German sharpshooter was unable to take it as national team manager Jogi Löw watched on from the stands.

Nagelsmann changed things up, sending his side out using a back three formation and wing-backs on either flank, and though they were able to keep possession at the back and the middle of the park, they lacked cutting edge through the middle up top.

Much of their play went through American midfielder Tyler Adams who was operating down the right on this occasion. 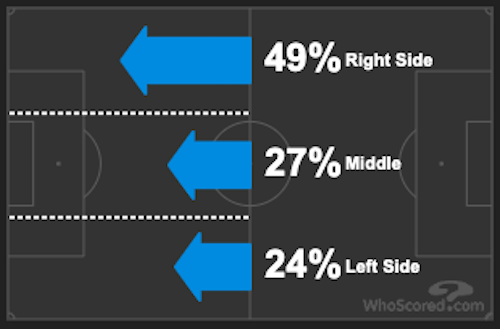 The home side took the lead just after half time through Almamy Touré, with Kostić making sure of the points in added time from Paciência’s pass.

This was only the second time the Serbian has added his name to the scoresheet this season, but the stats suggest it won’t be the last.

Kostic is underperforming his expected goals so far this season. His xG figure stands at 3.58 in the Bundesliga, which suggests he is getting in good positions to score and more goals could be just around the corner.

He’s third in the league in terms of expected assists, behind Thomas Müller, and Jadon Sancho.

Those other players operate in attacking teams which are challenging for the title, while Kostić is reaching those levels for a team which is currently mid-table. This suggests he might be the next Frankfurt player to attract interest from a Champions League club.

Loading...
Newer Post
Atlanta United: Is Frank De Boer The Most Under-Pressure Coach In MLS?
Older Post
Moussa Sanoh: ‘When You Have PSV On Your CV People Take Notice’